I made it to the Woodbury County Fair. I have a special affection for this fair. I once showed a goat named Nellie AND I was once the first runner-up in the county fair queen contest. It’s hard to say which stands out, but the queen contest set the tone for the seven weddings I was in before becoming a bride myself.

Some things never change and a county fair is one of them. The same DJ is still spinning tunes although with a few more lines on his face. The same music still squawks out from the bad speakers in the carnival (Paradise by the Dashboard Lights anyone?) and the church booths still produce the best food. It is still hotter than you want it to be, but you still sit through three hours of a livestock showing for reasons that don’t always make sense to you. You still want cotton candy and a funnel cake though your stomach will protest later, and you still can’t quite leave until you walk through the rabbit and chicken barn. This time, instead of your baby brother, it’s your son who gets curious at the fetus on display at the pro-life booth and, instead of you, it’s your daughter who wants to sit for a silly portrait. But you can still leave with pencils, coin purses, a sun visor, and, new to the scene, a water bottle! For such a little investment, the fair returns in a big way.

This year my nephews made a grand showing in the literal sense. They earned purple and blue ribbons for their sheep. And Logan, with careful and precise coaching from Grandma Gray, earned a reserve champion ribbon for his apple pie. 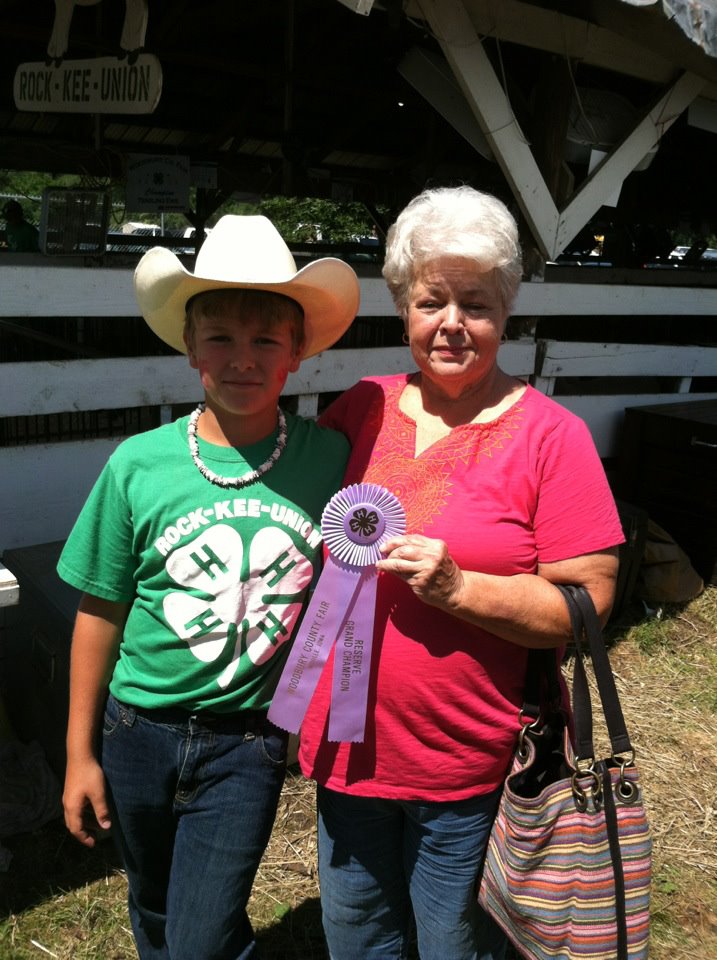 These were good times. Thing 2 failed to see the charm of sitting in 100 degree weather staring at pens of sheep when he could be in the air conditioning playing his video game. Thing 1 was a trooper (she wilts like I do in any form of heat) and she put her game face on to honor my nostalgia. They may not have gotten what I was there for, but I did and for me, that was enough.