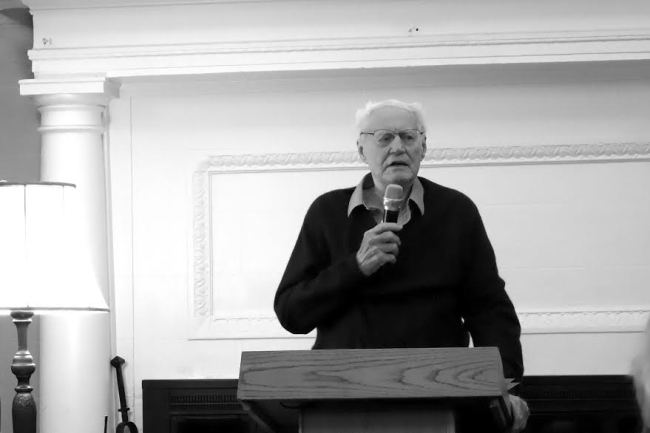 Good grief. If there is such a thing, we experienced it the other night during a poetry reading by Robert Bly. There was a sense in the packed audience at Carol Connolly’s Readings by Writers event at Saint Paul’s University Club that this was a rare occasion, one where grief was discussed but discussed with good poetry and in good spirit. 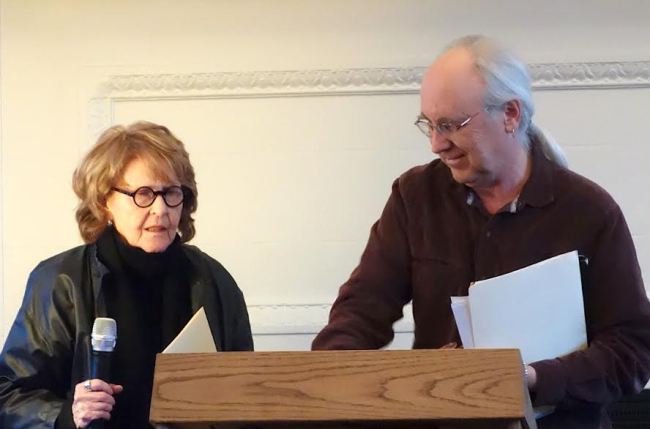 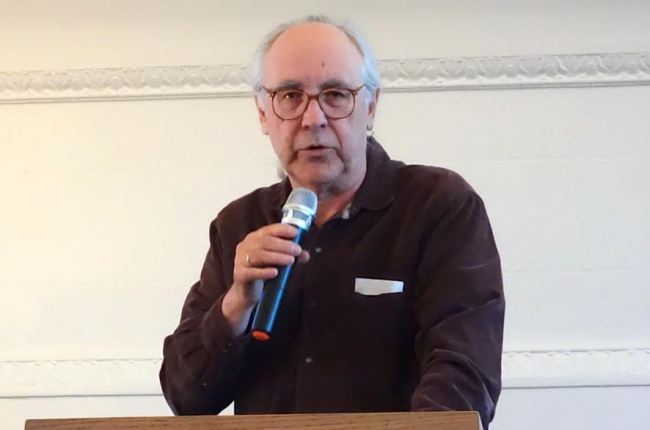 Before Bly took the podium, three other poets warmed up the crowd. Thomas R. Smith, lives in nearby Wisconsin and teaches at the Loft. He read poems that described the rituals of spring including Bird House in the Pine Tree, a presage of today’s spring snow. Breathe Together was a poem about the conspiracy between political leaders and citizens who should know better. Smith finished with Stars, an image rich poem in a form he described as “Robert Bly’s American version of a ghazal” (pronounced guzzle). 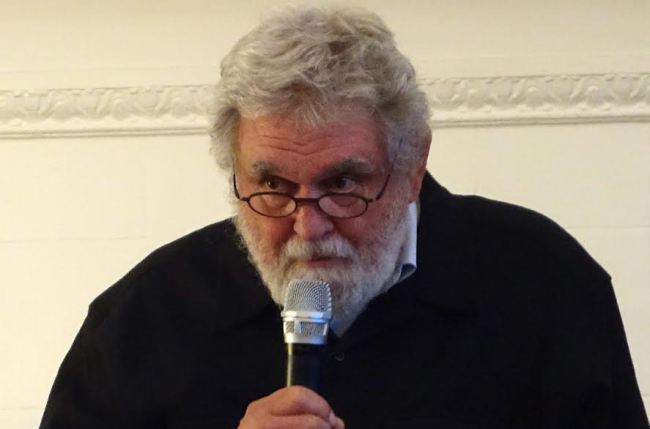 Louis Jenkins, a writer whose play Nice Fish was produced for the Guthrie stage in 2013, read a series of gentle and funny poems. He opened with Basement, describing the tandem “reminding” he and his wife undertake when descending to the basement, a place where it’s easy to forget what you went down there to find. My husband (the photographer) liked Baloney, a poem about the art of biting a hole in the center of a processed meat sandwich. I got a laugh out of My Ancestral Home when a visit to the old farmstead in Sweden evokes kinship that isn’t what it seems. 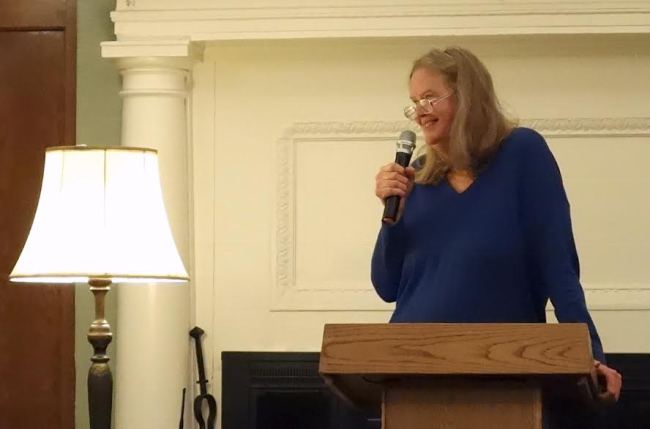 Poet Freya Manfred, standing as tall as the grand mantlepiece behind the podium, read visceral pieces about nature and family. When she read Eye of the Loon, she offered two versions, the second one with the removal of one adjective, “dreadful,” recommended by Robert Bly. She also dedicated her poem, about reading old family letters, to Ruth Bly. It became clear that these poets and many others in the room were close to Bly. 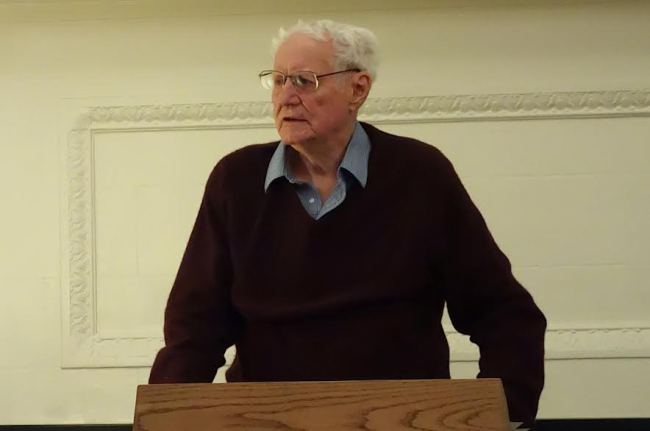 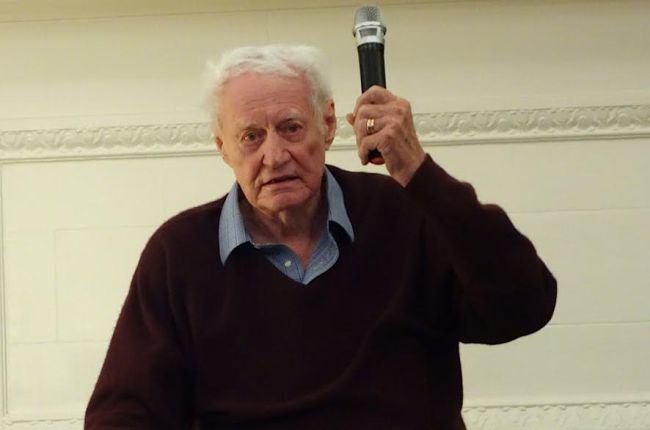 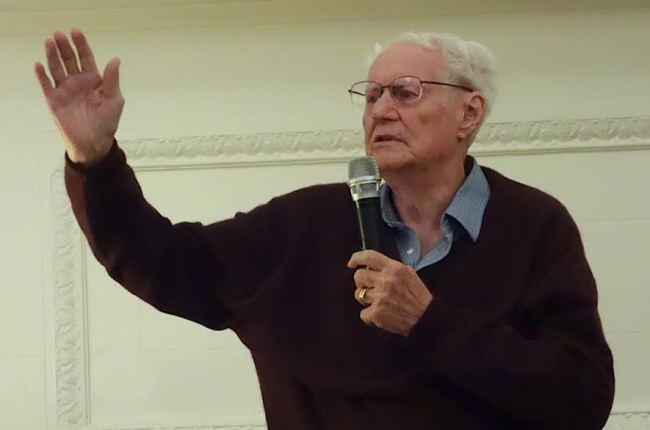 This intimacy heightened the atmosphere of tender regard and appreciation for the featured poet when it was his turn to read. The feelings were clearly mutual. He delivered a reading full of emotion and Zen like wisdom. He seemed at times to examine his own poems with a sense of wonder, repeating lines as if considering them for the first time, exclaiming slyly, “I have no idea what that means!” After reading his poem Keeping Our Small Boat Afloat:

“It’s hard to grasp how much generosity

Is involved in letting us go on breathing,

When we contribute nothing valuable but our grief.”

he asked, “Willing to take a little grief?” When the crowd responded he replied with a smile, “That’s the sign of a good audience.”

At top: Robert Bly, April 15, at the Minnesota Club