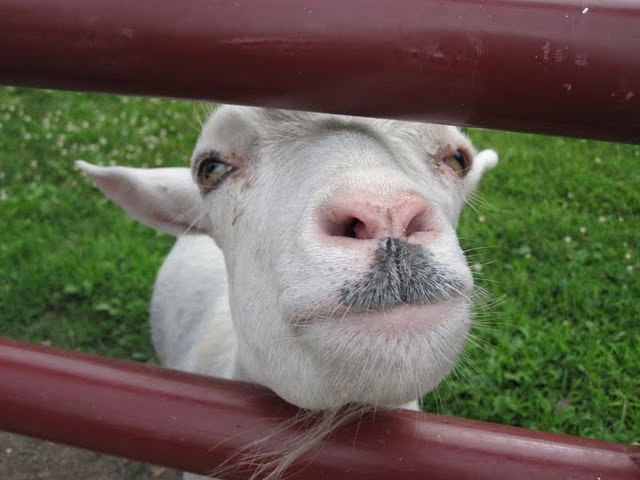 Usually the Mankato Free Press’s courthouse/police beat reporter Dan Nienaber brings readers the goods on the likes of Jeremy Giefer or Jennifer Nibbe. Yesterday, a report came up about the rash of prepubescent goat roping in Mankato.

It’s not Bluestem’s usual political turf, but the story’s irresistible. Nienaber reports in Girls get caught for late-night goat walk:

A couple of young rustlers attempted to use their imagination to escape the long arm of the law Saturday, but after about an hour of story telling they eventually learned they’d made a baaaaad decision.

A Mankato resident called 911 at about 11:30 p.m. Saturday to report two very young girls, who turned out to be under the age of 10, were walking along Carney Avenue north of Riverfront Drive. They were in their pajamas and had a goat with them, the caller said.

When an officer arrived, the girls were walking south and had crossed Riverfront Drive.

They told the officer the goat belonged to them and they were just taking the animal for a late-night walk.

As the kid questioning continued, the girls kept stretching their tale.

The goat lives in their bedroom closet, they said. Mom bought it a couple weeks ago, but dad didn’t know about it. So they had to keep the goat thing quiet to keep dad from suspecting anything.

They also told the officer they’d been sneaking their pet out regularly for nightly walks.

That’s the ticket. Apparently the girls had been at a birthday at the small municipal zoo earlier in the day and had made acquaintance with the goat, then planned to spring the critter from the enclosure. Judging from the account of the goat yard posted at the blog, A Pickle and A Pear, those are some awfully charismatic goats.

The girls’ parents had realized they were missing, but had not yet called the police when the rustlers were apprehended.

No one can say the spirit of Betsy, Tacy and Tib isn’t alive and well in Deep Valley. For the rest of the really baaaaaa-d punning, read the entire story at the Free Press.

Photo: Was this the goat liberated from the Sibley Park Zoo? via A Pickle and A Pear.