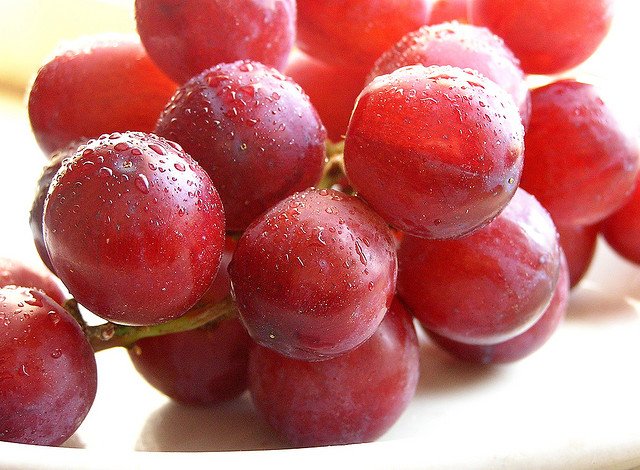 By now, you’ve heard of #Grapegate. But, if you’ve been living in a snow bank, here’s a quick update.

On Nov. 18, the esteemed New York Times ran a piece called The United States of Thanksgiving; 50 States (and D.C. and Puerto Rico). Food writers at the Times apparently “scoured the nation for recipes that evoke each of the 50 states,” and published each one along with photos of the foods and complete recipes.

Some were hits. For Alabama it was Oyster Dressing. Georgia’s was pecan pie and Kansas got candied sweet potatoes. And there were fiascos. The choice for Minnesota was …wait for it…Grape Salad, a mixture, the recipe stated, of seedless white grapes, sour cream, brown sugar and pecans, stirred up and stuck under a broiler.

I know. I’ve never heard of Grape Salad either and neither had thousands of other inhabitants of the North Star State, who took to the Internet to express their dismay and confusion. The general tone was, ‘What the heck…?’

The Minnesota segment was written by New York Times food columnist David Tanis. Originally from Ohio, Tanis is, according to his webpage, an acclaimed food author and chef. He got the grape recipe, he said, “from a Minnesota-born heiress.”

By midafternoon the following Thursday, the article’s Minnesota Facebook page had gotten nearly 11,000 shares and hundreds of comments including a snarking post to one of the Time’s editors. A number of local food writers also weighed in.

“J’accuse! This is not from a Minnesota born heiress,” said local food writer Dara Moskowitz Grumdahl “Pecans equal the south, grapes equal California, even sour cream is more likely from Wisconsin than Minnesota. I’m going to guess this is from an heiress from the fabled land of Mindianapolis, who rides through the land on a silver chariot pulled by golden weasels.”

Linda Homes, from NPR accused the Times of punting, blaming East Coast snobbery and preconceptions about the Midwest.

My own comment was similar to many others; “I know you folks barely know Minnesota from Montana, Iowa from Idaho, but Grape Salad? I’m a food writer at the Twin Cities Daily Planet and although I was not born here, I do know the food culture of Minnesota. I’ve never heard of this Grape Salad and neither has anyone else. Oh, and one more thing. No one from Minnesota would ever call herself an heiress.”

Tanis is not the only one of the article’s contributors to get their story very wrong. Residents from other states, mostly in flyover country, made complaints. According to the Times, the iconic Thanksgiving dish in Colorado is Pecan Pie Bites with Gravy.

“This is an insult to Colorado,” said Colorado’s Janet Meyer, posting on Facebook. “I’m sick of pot jokes.”

Tanis stuck to his story (somewhat reminiscent of a local TV station’s story about elected officials and gang signs) claiming that the salad is, indeed, a Minnesota staple. Our ignorance of the delicacy comes only because its from the 1950s and 1960s, he claimed. (A number of people who lived here 50 years ago posted that they’d never heard of Grape Salad, either.)

A call and email to Tanis’s publicist with questions about the mysterious heiress and the possibility of a replacement recipe brought this comment. “[Tamis] is tied up with an event. I guess the great grape mystery continues.”

Then, I got an answer from Tanis himself. “How much longer can it be milked, having already gone viral on most media?” he said in an email. “I had hoped to strike a nostalgic chord for any who, like my Minnesotan friend, had fond memories of this dish. Though I was raised on tater tots, adore wild rice and would happily eat lutefisk all day, at this point it would be no help to say so.”

Tanis is now saying that he saw the recipe from Lutheran community cookbooks and the Redwood Falls Gazette from 50 years ago. Still, he says, “Grape salad may be out of date, but is so delicious, it could stand a revival.”

It might happen. At least one Minneapolis restaurant, La Belle Vie, is promising to add the Grape Salad to the menu.