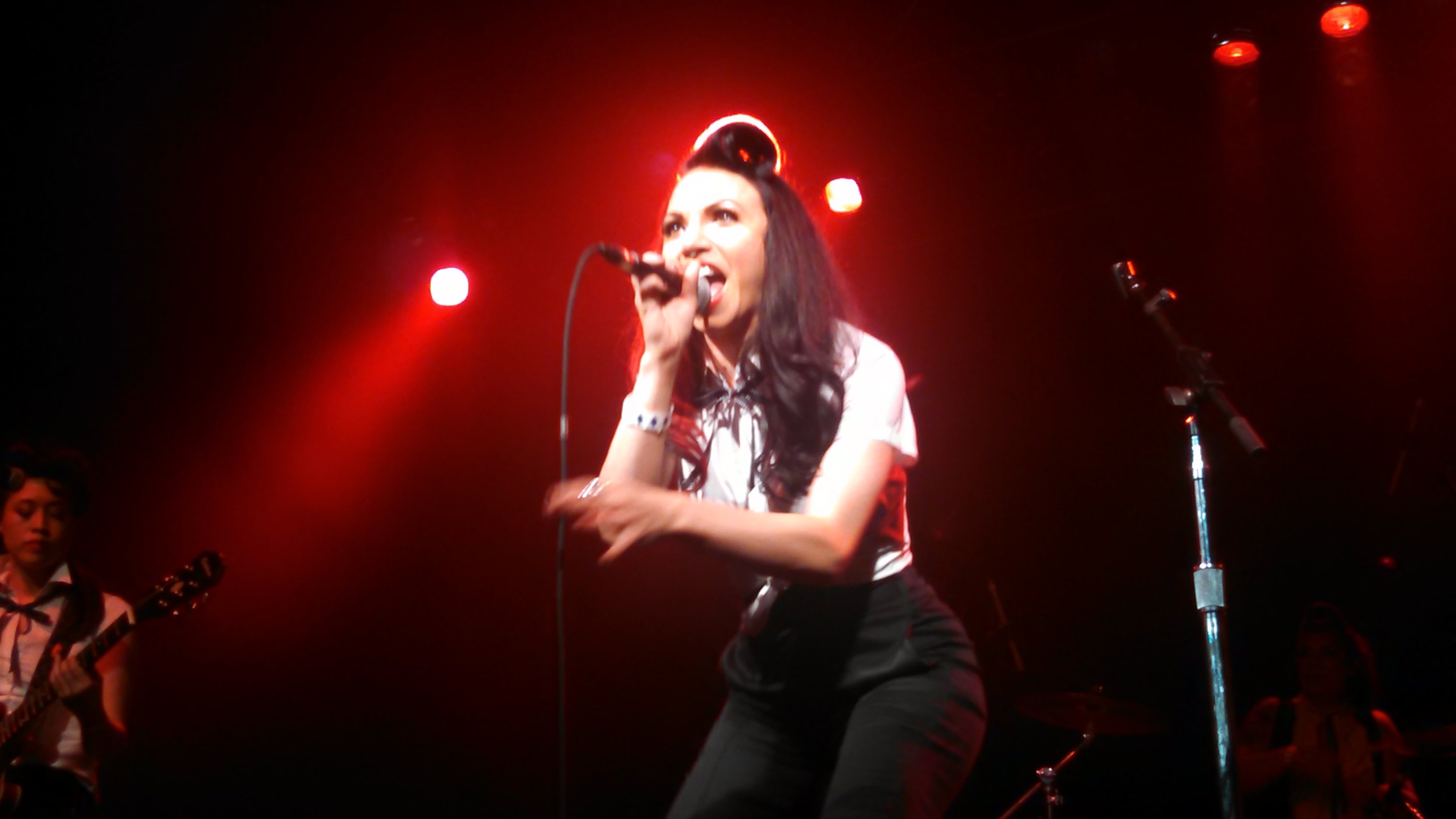 I love a themed concert! I love girl bands and women who rock. So I was thrilled when I heard about the Girl Germs event at First Avenue, a night of tributes. Lots of bands asked to perform their favorite bands featuring women. The selection was all over the board – something for everyone – and passion was the word of the night. Passion for the bands honored throughout the night shone through the bands playing.

Headlining the event was Pink Mink singing Bikini Kill. A perfect combination! Bikini Kill is a Riot Grrrl punk band from the 90s. No song more than one minute long and Pink Mink nailed it. (Fun fact from the stage, apparently Pink Mink’s Arzu Gokcen once shared a stage with Bikini Kill.) Christy Hunt had laryngitis; Gokcen took center stage more than is normally the case. I’m not sure if those facts are related but it worked out well. Lots of energy and lots of passion, which helps punctuate lyrics such as “suck my left one.” It was fun to see a room full of women in the mosh pit!

Night Moves performed the Cranberries – another great band from the 90s but with an entirely different vibe. Delores O’Riordan has one of the prettiest, purest, highest voices in rock. So it was interesting to see an all-male band take on their music. Lead singer Micky Alfano does not have high voice. He doesn’t sound like O’Riordan but he channeled her. Because of the differences in their voices the songs often started a little slow for me but built momentum that I could not have expected! Their version of Zombies was amazing and kind of moving.

I am a fan of L’Assassins and I have to say they really hit their stride last night. They performed Thee Headcoatees (who played with Billy Childish). Another band from the 90s despite their retro Garage Sound. It showcased L’Assassins’ Rockabilly tendencies for sassy lyrics sung well and loudly. Lead singer Tea Ann Simpson drew the crowd in; she is one of the best in town at that. But the rest of the band seemed to up their level of cool, especially Monet Wong. It was fun to watch her play the low hung guitar.

Strange Names performed the B52’s. Strange Names are a boy band. They are young; they are cute. They began the set with some creative and fun stage work. Suddenly the crowd near the stage got younger and more googly eyed when they played. I think they did a nice job focusing on some of the Fred Schneider songs. But the B52s are not a band from the 90s. It would have been great to hear all of their older stuff – Rock Lobster, Private Idaho, Planet Claire… I wondered where the set was going when they started with Channel Z. To be fair, I liked their music and I’m not their target audience.

Finally I caught the tail end of Lydia Liza singing Dusty Springfield. She to is very young but she did a nice job and I’ll make it a point to see her again. I missed Crystal performing Sade. Crystal features members from Brute Heart, who I like. But I’m not a Sade fan and getting to the bar before 8:00 never ends well.