While libertarian-leaning Minnesota trailed the nation in cracking down on drunken drivers and seat-belt scofflaws, it was well ahead of the curve in banning texting while driving. Whatever the reason—legislators may have felt less blowback from young mobile device early adopters than from imbibers and non-clickers of all ages—we were among the first states to outlaw at least one very dangerous behavior behind the wheel. 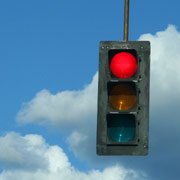 Now it turns out that our policymakers weren’t only prompt in taking this important action, but also very smart. At least 38 states now have similar laws, but only Minnesota and six others, plus Guam, wrote them carefully enough to qualify for recent federal funding to back them up with education and enforcement.

Many other states, according to USA TODAY, were disqualified because their laws don’t cover web surfing, texting while stopped at a traffic light or devices other than cellphones. In addition to Minnesota and Guam, Arkansas, Georgia, Maine, North Dakota, Rhode Island and West Virginia had laws inclusive enough for them to share $5.6 million in traffic safety grants.

Minnesota also did well in this month’s award of competitive federal TIGER (Transportation Investment Generating Economic Recovery) grants. The Port of Duluth-Superior landed $10 million to rebuild a century-old wooden cargo dock as part of a 28-acre multimodal freight hub combining truck, rail and shipping facilities. The state and the Port Authority will split matching funding for the rest of the $16 million project, which is expected to start construction next spring.

The port was one of the larger recipients among the 52 winners in 37 states in competition with nearly 500 other projects for TIGER’s fifth round of grants. The Minnesota Department of Transportation got one of the smaller awards, $1.5 million for traffic-sensitive signals to prevent collisions at rural highway crossroads.

It’s nice to see that the federal government, despite all the fiscal controversy in Washington, can still support smart advancements in transportation capacity and safety.