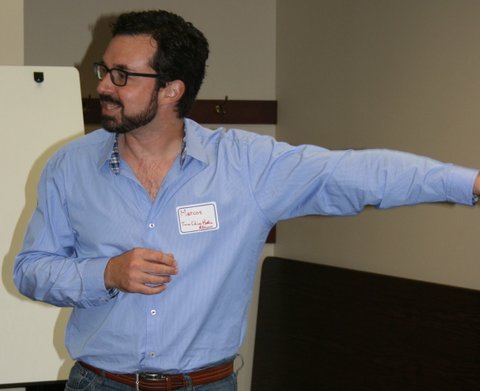 The September 22 NAMIWalks, Changing Minds One Step at a Time, has a lofty goal: raising the public’s awareness about mental illness and helping to end the stigma surrounding it. These are objectives the National Alliance on Mental Illness (NAMI) Minnesota works on throughout the year, but the annual walk provides an opportunity for people to come together en masse to call attention to the stigma of mental illness, a stigma which prevents far too many individuals from seeking the treatment they need.

Working for a better mental health system requires education, support, heightened awareness, and legislative action, all of which the non-partisan, nonprofit does, according to NAMI Minnesota’s executive director, Sue Abderholden. However, political advocacy, which draws from citizens statewide, is at the heart of NAMI’s mission statement. NAMI Minnesota credits grassroots organizing efforts with stopping tens of millions of dollars in cuts to mental health services last year.

During a Twin Cities Media Alliance-sponsored Get Connected! community meeting held on September 8, Abderholden emphasized how important it is for individuals to communicate their own personal stories. Sharing those stories with elected officials, she said, is a top priority.

Legislators, like the general public, may not realize how pervasive mental illness is. According to the National Institute of Mental Health, approximately one in four adults, or 57.7 million Americans, and one in 10 children and adolescents, experience a mental disorder in a given year. Serious mental illnesses include major depression, schizophrenia, bipolar disorder, anxiety, obsessive compulsive disorder, post-traumatic stress disorder, and borderline personality disorder. 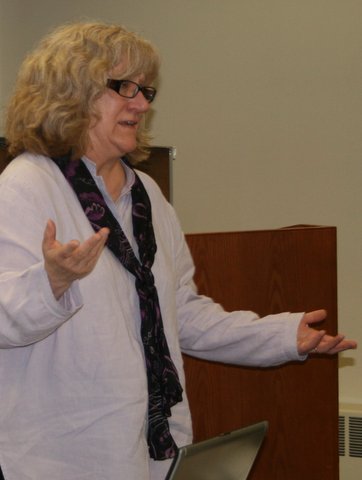 Especially disturbing to Abderholden is that half of all cases of mental illness begin by age 14, three-quarters by age 24, and that people of color and immigrants are less likely to have access to mental health services and more likely to receive a poorer quality of care.

According to NAMI, “Despite effective treatments, there are long delays—sometimes decades—between the first onset of symptoms and when people seek and receive treatment. Fewer than one-third of adults and one-half of children with a diagnosable mental disorder receive mental health services in a given year.” And the state of a person’s physical health is tied to their mental health.

The lifespan of a person with serious mental illness is shortened by an average of 24 years, said Abderholden. Complicating matters is that an estimated 5.2 million adults suffer both mental health and addiction disorders.

Abderholden noted that the U.S. health care system has always discriminated against people with mental illness. Many who suffer with mental illness have not been able to afford or obtain treatment due to a pre-existing condition. Another core problem, she said, is that the focus is too often placed on treating behaviors, instead of identifying the symptoms of mental illness at an early stage.

Unfortunately, the media provides little or no coverage of mental illness issues. “You never hear about mental illness until someone kills someone,” Abderholden observed. To help fill the information gap, NAMI encourages people to sign up for its legislative updates and to become active members.

To teach people how to effectively communicate and organize, NAMI offers workshops on how to write letters and share their story. Not only does the organization provide tips on what to say and how to say it, its staff also passes along practical advice on the best ways to deliver a message so that the message is noticed. Even the type of paper a person uses matters, said Abderholden.

Citizens are also encouaged to attend and ask questions at candidate forums. Questions to ask include: What will you do to strengthen services? Improve access to treatment? Create more affordable supportive housing? Foster an aura of caring about mental health?

For those interested in, but perhaps intimidated by, the prospect of testifying at the legislature or lobbying legislators, there are regular trainings for those actions, too.

“It’s the individual story that has power,” said Abderholden. That is why NAMI Minnesota delivers a personal story and photo of an individual struggling with mental illness to legislators each week of the session.

Bringing the public together for NAMIWalks, rallies, or an annual Day on the Hill, also holds power. These are among the ways that NAMI Minnesota strives to create a strong, visible presence, and amplify its message to decision-makers.

New media tools play an important part in NAMI Minnesota’s work, too. Abderholden said she regularly tweets from the State Capitol during legislative sessions, updating NAMI’s constitutents on what actions are being taken on the floor or in committees.

A proponent of Twitter, Twin Cities Media Alliance neighborhood engagement coordinator Marcos Lopez-Carlson offered tips on how to take advantage of that particular new media tool to connect, communicate, and lobby on mental illness policy. He highlighted Twitter because of its capacity to help people find others–individuals and groups–who are working on the same issues.

Tweetchats, a feature that Lopez-Carlson said NAMI Massachusetts uses regularly, can also be a powerful tool for connecting with others. Tweetchats are moderated discussions, he explained, that resemble a big, group conference call. They offer a way to maintain a conversation, organize for action, and build a movement.

That legislators and other government officials, including Governor Mark Dayton, are utilizing Twitter, makes it an easy and effective way to communicate with decision-makers, added Lopez-Carlson. He recommended looking at who other people or organizations are following and then adding them to the list of people you follow.

Another way to build or expand a network, he said, is to use search.twitter.com to find the people in your community, or within a certain geographical radius, who are talking about mental health.

For those wanting to know more about Twitter, or how to find information and conversations about mental illness, or wishing to follow elected officials who make public policy, Lopez-Carlson provided a handy guide.

The Affordable Care Act has received strong support from NAMI for several reasons. For one, it does not exclude children with pre-existing conditions. It also allows dependents to remain on a parent’s insurance policy up to age 26. And there are no longer ceilings or lifetime limits to coverage. It also provides greater transparency, including around medications, and guarantees renewal of coverage.

Also important, said Abderholden, is that treatments of mental illness covered by medical assistance will be expanded. With health care exchanges, both mental health and substance abuse must be covered. She noted that the Affordable Care Act makes it easier to figure out how to purchase insurance and compare prices. Plus there are more subsidies and tax credits. Abderholden remarked that she has also been encouraged by the diversity of participants who have been invited to the table, something she’s experienced with the state advisory committee she serves on.

Some ways to engage with NAMI Minnesota:

September 22, 11:30 a.m., 4801 Minnehaha Parkway: Join over 3300 walkers to raise the public’s awareness of mental illnesses and end the stigma surrounding it. If you have questions, contact Amanda May at amay@namimn.org. Changing Minds, Sept. 22, video.