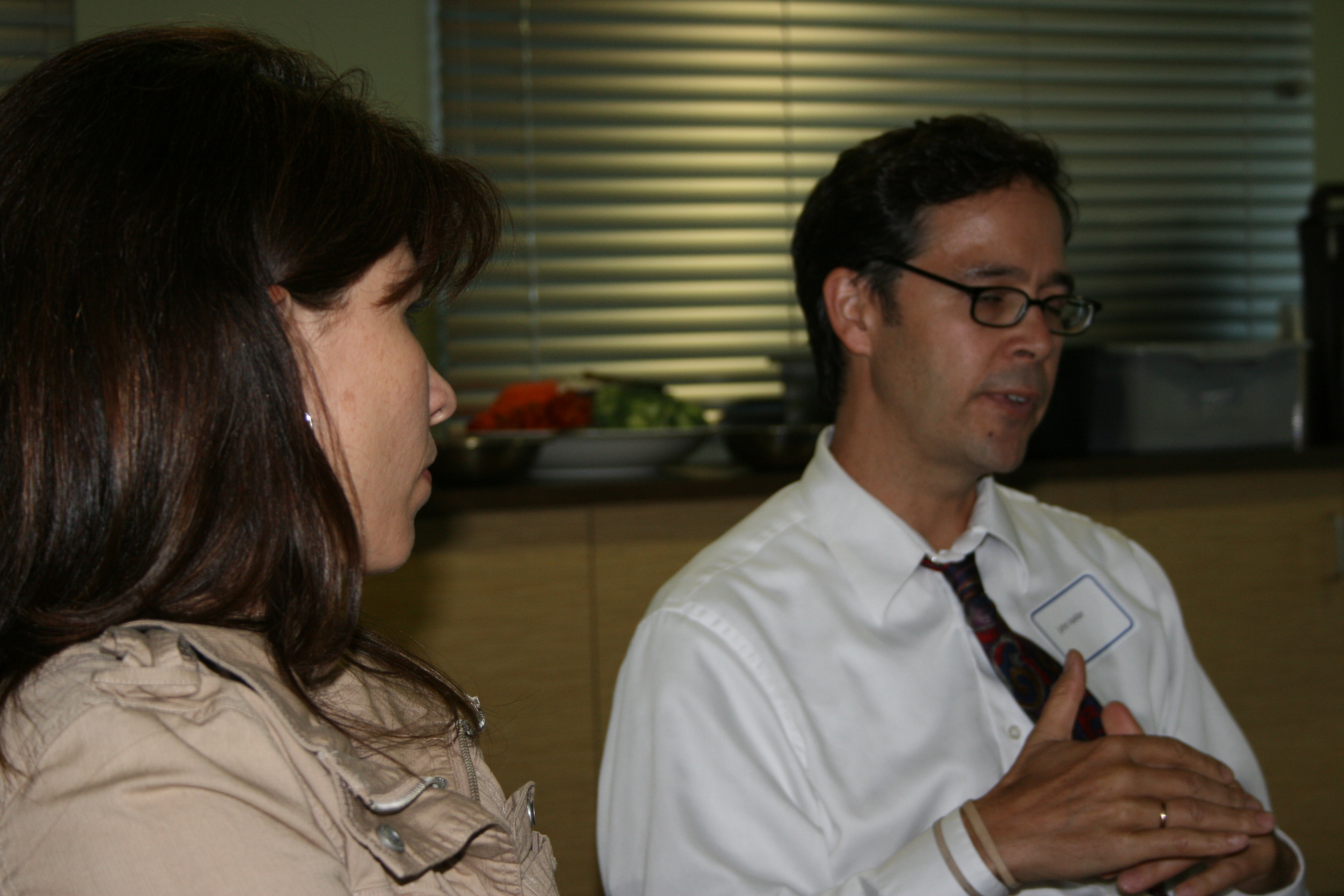 John Keller and Isabel Duran are accustomed to speaking to large groups about immigrant issues. These days, deferred action events attract hundreds. Typical audiences are comprised of people whose lives are most directly impacted by immigration policies, in other words, immigrants themselves. As a result, Keller, who serves as executive director of the Immigrant Law Center of Minnesota (ILCM), and Duran, College Connector for NAVIGATE MN, relish opportunities to talk with others who care to learn more. Such was the case at a Twin Cities Media Alliance Get Connected! event held at Open Arms of Minnesota on September 5.

ILCM is a pro bono, “non-profit law office that provides legal representation and education in immigration matters to low-income immigrant and refugee communities in Minnesota.”

According to Keller, ILCM’s work ranges from crisis management to the happier work of seeing clients granted changes in legal status, in some cases becoming U.S. citizens. Another of ILCM’s goals is to raise public awareness of immigration issues as a way of encouraging sound public policy that protects the universal human rights of immigrants. To that end, ILCM does community presentations, provides general education related to immigration law, and engages in strategic coalition building and advocacy to promote fair, humane policies. Keller noted that the demand for ILCM’s services is exceptionally high, which means that there is always a waiting list. There are now three ILCM offices, one on St. Paul’s West Side, another in the Hamline-Midway neighborhood, and a third in Worthington.

Duran explained that NAVIGATE was founded six years ago by a group of undocumented students who had grown up in the United States, yet found themselves confronting multiple barriers when they sought to continue their educations past high school. The students wanted to share what they had learned with others in similar positions. Their message was taken to 2,700 people last year, mainly through presentations in high schools.

It’s not just students who need information about these issues, said Duran. It’s their parents and school staff as well. Immigrant parents generally don’t understand all of the ways that the U.S. educational system operates differently from the system in the country they emigrated from. Because of such differences, it’s vital to reach parents so that they have sufficient background to understand what is taking place in their child’s classroom.

Parents also need information as their children begin investigating higher education options and various ways to finance them, including through scholarships. Duran said that parents often don’t have formal educations beyond high school. ”We’re helping parents navigate the system, too.” Another challenge is that literature provided by the schools is in English only. “Part of my work is to serve as a bridge, communicating with the parents,” explained Duran.

Currently, students who are born into immigrant families carry the same status as international students. This translates into higher tuition rates, double what other residents pay. Taking one class at a time is one way of mitigating a more costly college education, said Keller. Attending community colleges for two years is a common route. 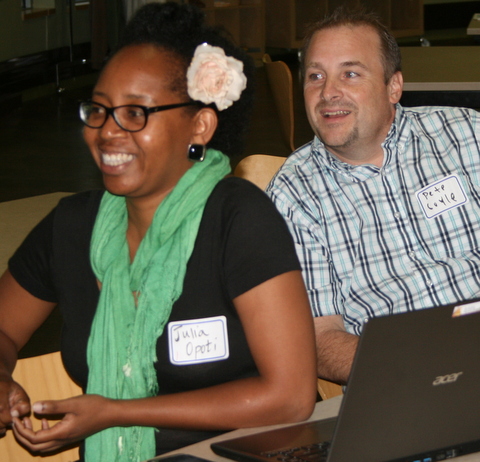 Deferred action is such an important development, Keller said, because it helps erase some of the obstacles that some young people face as they seek higher education and better jobs–at least for now. It’s the most positive development, with the largest benefit for immigrant communities, in the 15 years he has been doing this kind of law, he added. “That’s not an overstatement.”

Even so, because of how it was enacted, Keller described deferred action as “flimsy” and “temporal.” It represents an official change in deportation policy, but is not an executive order, which means that, “it can be rescinded, changed, terminated at any time.” A new president could alter the entire landscape.

Those affected by the change in policy are made aware of “red flags popping up,” said Keller, meaning that they know “that there is little guarantee about the durability of the program.” Yet they are not deterred from applying, he explained, because “the alternative is so bleak.” Deferred action is a sign of welcome from the government that has tended to be a “closed door.” It stands in contrast to the government’s focus on detaining, arresting, and deporting those deemed a threat, something the Obama Administration has done more of in three years than the Bush Administration did in eight.

Those whose applications for deferred action are approved are protected from deportation for two years and may apply for employment authorization, a Social Security number, and driver’s license. Deferred action is NOT amnesty. It is not a green card, nor a path to citizenship.

Applying does carry some risks, cautioned Keller. Applicants are told that information will not be shared with U.S. Immigration and Customs Enforcement (ICE) to make arrests, but there is no guarantee that this won’t change. In the meantime, applicants will have delivered a lot of information to the U.S. government. Furthermore, appealing decisions is not an option, and there is a steep fee to apply, one that will not be waived. Those applying must therefore tread cautiously and seek credible counsel and advice.

So why accept the risks? “It represents an opportunity for a better life,” said Duran. Young people who are eligible will finish school earlier, receive better jobs, be eligible for driver’s licenses, which will save them time and make life easier. More broadly, these changes promise to help close a huge disparity gap in education, added Keller.

Even with all of the potential benefits of deferred action, said Keller, “this is an amazingly confusing system to understand, and there remains a high level of mistrust of government.” It’s because of these factors that ILCM’s offices have never been so busy, with volunteer attorneys working on evenings and weekends, and young people coming in with “every scrap of information from their lives,” from kindergarten photos to immunization records to school awards. “Their life accomplishments are on display,” Keller said.

One message came out loud and clear from both Duran and Keller. In Keller’s words, shifts in policies and public perception would not be happening, “without the courage of young people putting their stories on public view. “