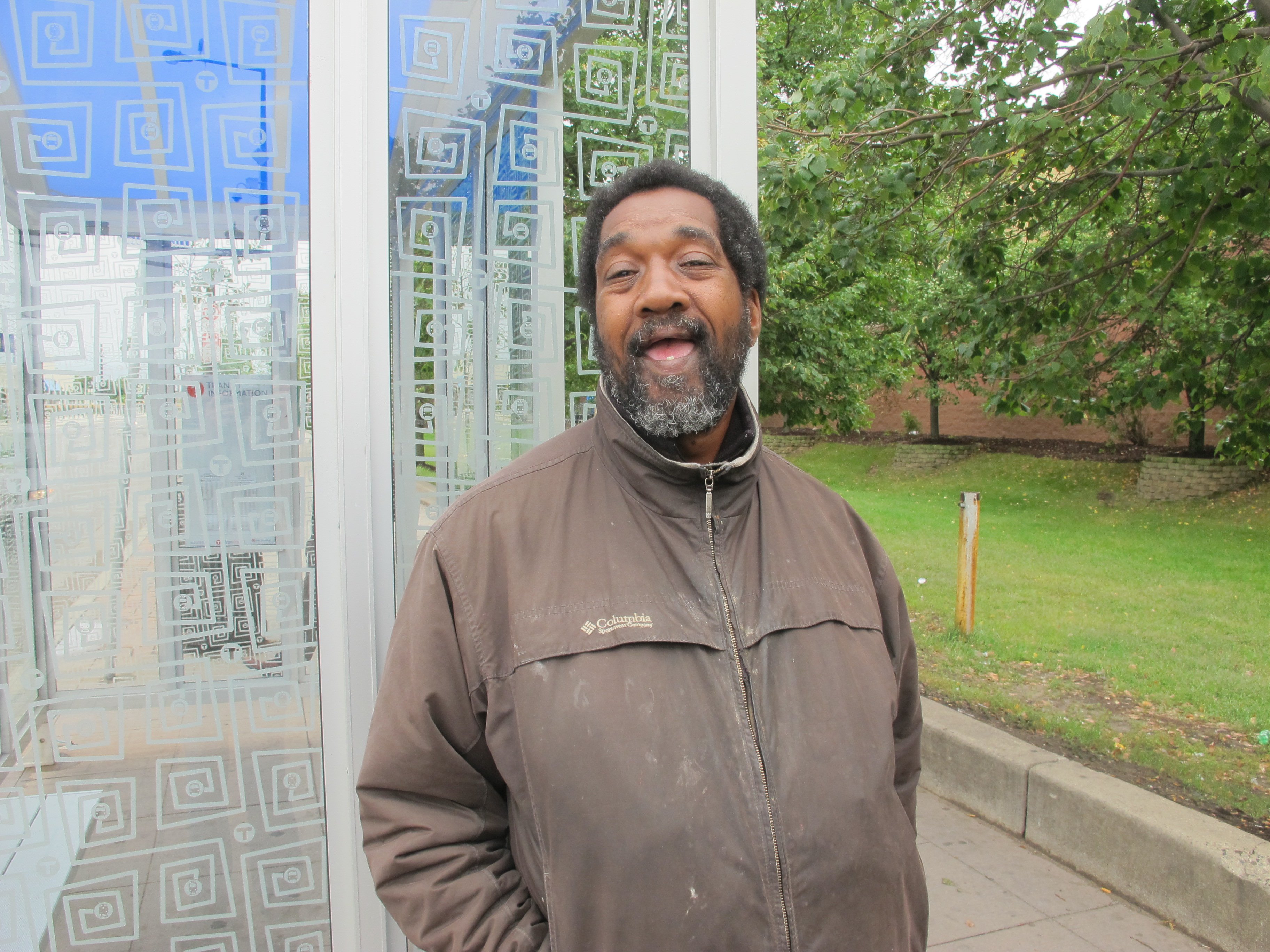 [This is part of streets.mn’s “transpo convo” series, which aims to be an oral history of getting around the Twin Cities, one person at a time.]

“I love MTC!”George stands at a bus stop on University Avenue on a blustery, 50 degree day, finishing his cigarette.  He had been shopping at Wal-Mart.

George exudes a love for life.

“I just bought a pack of lighters, and I knew how much they were going to cost me,” he smiles.  He continues to describe the various deals he found on the lighters at Wal-Mart.

George has spent his 59 years of life in Saint Paul.

“I was born right down the street there,” George points towards the location where the Midway Hospital stood.

“I’ve had two cars in my life and I don’t miss them since MTC came into my life,” George says.

George has a card that allows him to ride transit for reduced fare.  “For seventy-five cents, I can ride anywhere and with transfers, any time of the day.”

The Green Line passed while he was standing at the bus stop.

“There’s the train to Minneapolis, the Green Line,” he points.  “I’ve never been on the train. I don’t trust it.  I’ve heard it breaks down.  Maybe someday I’ll go there and find out how to use it.  I have heard it’s faster.”

George lives at the bottom of the Ramsey Hill. He mainly sticks to the bus routes on University and Grand Avenues.

“I always say ‘hello’ to the bus driver,” George says.

“Sometimes, when the transfer is about to expire, or has just expired, you can still go just a little ways on it,” he adds, pointing out a nice feature of riding the bus and knowing the driver.

In all of his years riding buses, he has only seen three or four buses break down.  “They call for another bus and one comes right away, within ten minutes.”

George’s rides fairly frequent routes, so he doesn’t usually wait long for a bus.  He also doesn’t use the bus for socializing.  “I mainly keep to myself.”

However, George notes that buses are nice “because they have heat when it’s cold and air conditioning when it’s hot outside.

“If I didn’t have the bus, I’d have to walk everywhere.  I don’t bike because I’m too old to do that.  I love MTC.  I’m very active and they get me everywhere I need to go– to shopping, school, relatives, and church,” George beams.