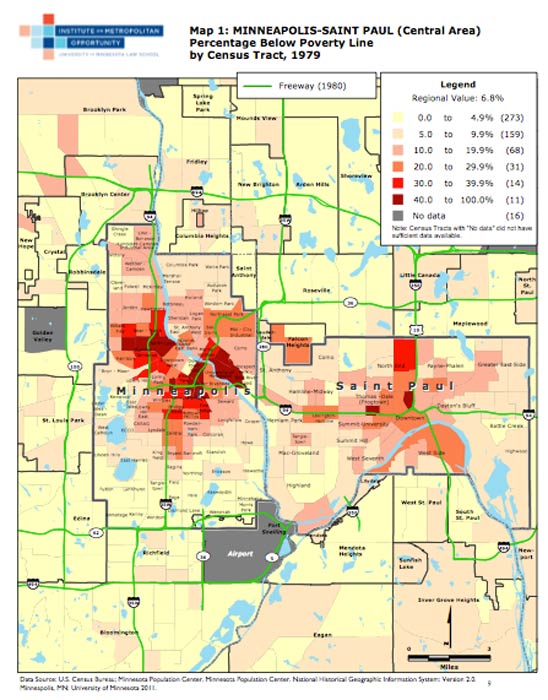 An earlier version of this essay appeared in the March 18, 2015 edition of Politics in Minnesota.

Why are the Twin Cities so segregated?  This is the perplexing question and title of report recently issued  by Myron Orfield and the Institute of Metropolitan Opportunity at the University of Minnesota.  Why perplexing?  It is because he juxtaposes how the “Minneapolis-Saint Paul metropolitan area is known for its progressive politics and forward-thinking approach to regional planning” with the reality of the educational and residential segregation that exists.  Yet his perplexity should not be a surprise since so many of the conclusions he reached were those similarly found a generation ago, and of which could easily be confirmed by almost any person of color in the Twin Cities, if not Minnesota.

First let it be said the Orfield’s report is outstanding.  It documents a Twin Cities metropolitan region that is racially segregated.  This residential segregation is the product of a coalition of interest groups resisting Met Council plans and legislative mandates, if not also court orders, to disburse low income housing across the Twin Cities.  Instead, low income housing continues to be concentrated in select neighborhoods in Minneapolis and St Paul, along with select inner ring suburbs.  Additionally, educational reforms such as charter schools and choice which are supported by those who have vested interests in these ideas, have reinforced and enhanced the housing segregation.  Together, there is a housing-education interest group complex enabling the status quo, hostile to integration, pursuing policies that are producing residential-education segregation and the outcome disparities among students.
Orfield writes a report full of surprise about this, yet should he have been? 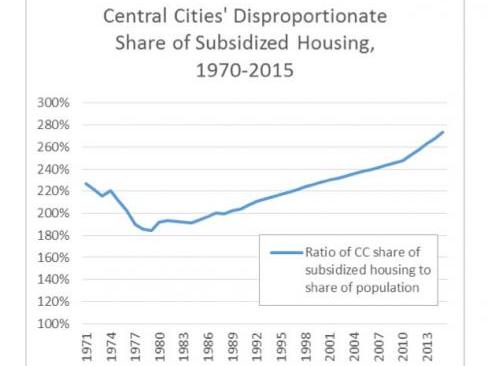 Back in 1996-97 the Institute on Race and Poverty, the predecessor to the Institute of Metropolitan Opportunity before its name was changed, was headed by john powell.  I worked there and was the principal writer and  project coordinator for a wonderful team that issued a report “Examining the Relationship Between Housing, Education, and Persistent Segregation.”  We found that the Twin Cities was among the  ten most segregated metropolitan regions in the country.  It was a region  where race and income were stratified by geography.  By that, we had already charted through the 1980s and 1990s that there was a heavy concentration of poor and racial minorities in selected urban and first ring suburbs.  We also found that the causes of this segregation were many, including exclusionary zoning, persistent private housing discrimination in terms of racial steering, residential  mortgage lending, and rental markets.  Our research on the Twin Cities paralleled that by national scholars who looked at other regions of the country.  In effect, the Twin Cities was not exceptional from trends found elsewhere across the country.

We additionally found that federal housing policy, school policies, siting of low income units, the way school district lines were drawn, political fragmentation, and frankly personal preferences–whites not wanting to live near people of color–drove the segregation. Yes government policy contributed to the discrimination, but there were powerful private preferences and market forces that also drove the segregation. For example, we found in a survey that we commissioned  that half of Whites described their ideal neighborhood as mostly White, whereas twenty percent of African-Americans preferred a neighborhood nearly or mostly non-White.  Questions about current neighborhood composition and current and ideal school patterns yielded similar answers demonstrating distinct preferences for Whites and African-Americans.  In short, Whites did not want to live or go to school with Non-Whites whereas African-Americans preferred more integrated options.

The causes of residential and school segregation were a consequence of both clear  governmental policies and choices, but also a product of individual and market preferences.  But where our study went further than the Orfield report was in at least four  ways.  First, we were willing to say something he was not–Twin Cities metropolitan segregation was a product a racism, individual, institutional, and societal.  Beneath the veneer of the ostensible progressivism of the area there was a clear racist animus.  Ask many people of color in the area and they will tell you that Minnesota Nice masks Minnesota racism.  Second, our study more so than Orfield’s looked at how segregation is a product of the intersection of race and class.  Third, our unit of analysis was the census track and not the metropolitan unit, giving us a better neighborhood by neighborhood study than the Orfield study.  Finally, our report offered several recommendations in terms of changes in state law and other policies to address the segregation.  Unfortunately, these recommendations were largely ignored.

Race and class worked together then and still do now to broker the segregation in Minnesota.  We noted how back in the early 90s Minnesota and Oregon had the highest percentage of their African-American populations attending predominantly minority schools.  We looked at rents that priced all poor people out of most suburbs and neighborhoods, with the special impact it had on people of color.  We documented the concentration of poverty, the disappearance of mixed income neighborhoods, and a series of failed public policies that did nothing to address discrimination.  We also pointed to then how the evidence showed that charter schools and vouchers did little to address school achievement and desegregate.  We found everything that Orfield discusses in his report, yet we did it a generation before he did.  We noted back then that the research was already clear in that  school vouchers, choice mechanisms, and perhaps even magnet schools were failing and would fail to address school performance or desegregate.  Yet as Orfield alludes to, powerful interest groups and political and perhaps academic careers and reputations are at stake in supporting these failed policies.

The power of the Orfield study is in linking the policies to interest group politics and in telling a story that brings our report up to the present.  It is a study that further confirms that little has been done to address what we called the “persistent segregation” in the Twin Cities in the nearly twenty years since the Institute on Race and Poverty issued its report.  One can only hope twenty hence another report will have documented a change in policy to reflect the increased racial diversity that the metropolitan region is experiencing.  Maybe it will also be a study that reports that the failed  housing and educational policies that we have thus far adopted since the 1990s were abandoned.