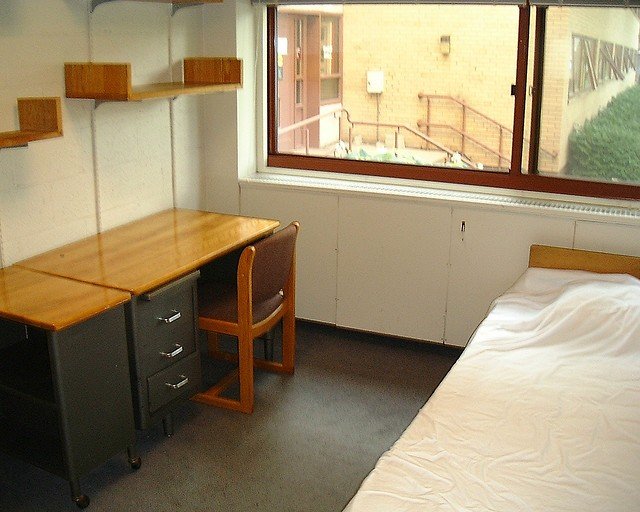 The University of Minnesota is making progress on a gender-based housing initiative it announced about a year ago.

The spaces available in Comstock Hall account for the Lavender House, which is a living-learning community for GLBTA students.

The initiative was called “gender-neutral” when the University announced it late last year, but it changed to “gender-open” because the former term discounts gender, said Susan Stubblefield, assistant director of housing and residential life.

The rooms will only be available to sophomores through graduate students — a guideline some students say could be problematic.

Co-chair of the Queer Student Cultural Center Mira McDonald said if on-campus gender-open housing had been available when she was a freshman, she would have taken it. Instead, McDonald ended up living in an apartment for her first year of college.

She said she thinks the new housing option should include prospective freshman residents, too.

“By the time you’re a sophomore, junior or senior and you decide you’re not comfortable in a situation,” she said, “you’ve left the dorms already and gone to apartments with people [you] are comfortable with.”

Stubblefield said the department has “heard students loud and clear” on the subject.

She said it chose to exclude freshmen from the pilot program because it wants to test the housing option on students who already have experience with University housing and its application process.

Stubblefield said the department plans to make the option available to first-year students once school leaders have a better understanding of how residents interact with the new environment.

She said Housing and Residential Life is also developing training strategies that would educate staff, like community advisers, about gender identity.

Currently, the three options for identifying gender on the University housing application for prospective and current students are “male,” “female” and “contact me.”

Stubblefield said when someone selects “contact me,” she works with that person to find the best housing option available — which typically involves roommate requests or single bedrooms.

Next fall, the clusters of gender-open rooms will serve as a small community for students to gather and feel comfortable in their surroundings.

The University’s number of such spaces is modest compared to Northwestern University, which planned on starting this academic year with 144 spaces.

But the demand at Northwestern dropped off and the school had to reduce the number of available gender-neutral spaces by more than half, said Mark D’Arienzo, the school’s senior associate director of University housing administration.

“Students can probably get what they want off campus for equal to or less money,” he said.

D’Arienzo said the school focused too heavily on its current students while planning for the spaces.

“If I were going to do this again, I wouldn’t be looking at my current student population; I would be looking at what the trends happen to be in like junior high and high school,” he said, “because that’s the population that’s going to be making use of this once they arrive at the university.”

At the University of Minnesota, Stubblefield said the goal is not to compete with off-campus housing, but to provide on-campus options to all students who want or need it.

She said since it created plans for the option, the University looked at other Big ten schools and best practices around the country related to gender-neutral types of housing.

“I really appreciate the process that we went through to better understand what we were doing and what our options were,” Stubblefield said.