Neither savior nor devil, the Gates Foundation is unquestionably one of the major players in education these days. Education Week just ran a lengthy profile of the foundation’s work in recent years, and a few of their findings stand out in connection to work we’ve done here at Minnesota 2020.

In the last six years, the Gates Foundation has dropped $2 billion on education issues, including $700 million on teacher quality alone. The effects are undeniable, as more and more states have adopted teacher evaluation systems that place significant weight on student achievement (often defined using test score calculations). The money has been spread around to districts, charter schools, advocacy organizations, media coverage, and teachers’ unions (who have received about $20 million).

While $700 million over six years on teacher quality is a big number, it’s tiny relative to the $600 billion spent on the country’s K-12 system each year. So how did the Gates Foundation (among others) help trigger such widespread policy changes? 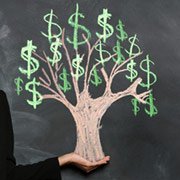 They bought policy. Specifically, they bought research. Lots and lots of research. By flooding the edu-policy world with research on teacher quality issues, including the Gates Foundation’s own “Measures of Effective Teaching” project, they moved the agenda. Then, when policymakers at the state level and in Washington were looking for a solution to the achievement gap, there was a convenient body of research — backed by advocates from the local to the national level — ready to be turned into policy. Cue Race to the Top (another exercise in leveraging relatively small shares of money for big policy changes), the NCLB waiver process, etc.

Unlike some of the other big-money funders in education, I don’t think Gates is particularly ideological. The foundation is following its technocratic founder’s lead by looking for the “right” ways to gather and use data to improve student learning.

Unfortunately, the real world tends to complicate the technocrat’s ideal. Even the districts where Gates invested heavily for the Measures of Effective Teaching project ran into problems. In Florida, it was a constantly changing set of state tests. In Pittsburgh, it was a lack of capacity.

We’ve covered several aspects of this in the past, but it’s worth pulling it all together to see the big impact Gates has had on education. Love it, hate it, or a little of both, we all have to acknowledge the huge role this foundation plays in our education policy these days.