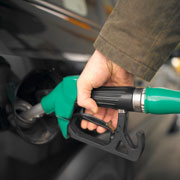 Whenever America’s historically low gasoline prices inch up, it’s hardly surprising that economic conspiracy theories abound. Nearly everyone, especially in transit-challenged places such as most of Minnesota, has to fill up to stay mobile, and each uptick at the pump hurts. Suspicions arise when every gas station in your neighborhood jacks the price, seemingly in unison.

In fact, motor fuel occupies one of the purest commodity markets on the planet, with so many different suppliers, distributors, refiners and retailers that price-fixing by any of them is virtually impossible. Crude-oil speculation can create price bubbles, as we saw in 2008, soon followed by a corrective crash. Real supply and real demand always win out in the long run.

Still, I had to wonder about the recent rise in Minnesota pump prices at a time when global crude oil was in the midst of a downturn of more than 20 percent. Did some evil genius finally figure out how to jimmy the fuel market?

Sorry, conspiracy lovers. We can blame the $3.70 gasoline we just experienced not on nefarious forces, but on the routine seasonal maintenance shutdowns of three Chicago-area refineries, according to AAA Minnesota/Iowa. That either stopped the flow of gasoline to Minnesota from Illinois or sent some of Minnesota’s usual supply farther south in search of higher prices. In any case, what we paid here inexorably rose.

A few weeks ago, while crude prices were tanking, drivers on the West Coast were forking over more than $4 a gallon because four refineries in that region were down for maintenance. But these spikes are only short-lived. Each refinery is motivated to resume production as soon as possible to take advantage of the higher prices brought on by the shutdowns.

Sure enough, this week we’re seeing welcome relief at the pump as the refineries come back on line. Isn’t it amazing how practically every filling station dropped the price 20 cents or more a gallon, all at once? Anyone care to work up a conspiracy theory over that?