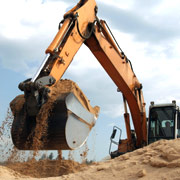 The oil and natural gas boom in the U.S. has led to countless changes across the country. Record-low natural gas prices have contributed to over 100 planned coal-fired power plant shutdowns. Drilling and fracking projects have skyrocketed in states like North Dakota, Pennsylvania and New York, bringing jobs (though not always local) and economic boosts, but at the expense of other struggles for rural communities.

Political debates have raged from federal approval of the Keystone XL pipeline to Vermont’s fracking ban. Our country has become a net oil-products exporter* for the first time since 1949 and may become a net gas exporter in the next decade.

Regardless of your opinion on these and other issues, here’s one underlying fact about the boom: it has hit citizens, communities and governments fast and hard. This has left people scrambling to decide how to deal with the impacts of drilling and fracking in their communities, and whether they want to deal with them in the first place.

Although there are no oil or gas deposits in Minnesota or Wisconsin, we are not immune to the impact of the boom. Small and almost perfectly round sand granules, a valuable resource to the fracking industry, can be found in abundance in eastern Minnesota and western Wisconsin. This has caused a mini-boom in frac sand in the area, along with a handful of problems in affected communities and even along routes that get the sand from the mines to gas fields in North Dakota.

These issues range from public health and safety to transportation to environmental concerns. Back in May, a leak was discovered at a frac sand mine on a tributary of the St Croix River, depositing sediment into the river and wetlands near the Minnesota border. One Wisconsin county is asking for state aid to improve local roads to handle the increased truck traffic. Uncovered train cars and heavy trucks transporting the sand across Minnesota to North Dakota fields have aroused health and safety concerns among affected residents.

Local groups have organized, city councilmembers and county reps have debated, and Minnesota state agency officials recently visited Winona to educate citizens, talk about concerns with frac sand, and discuss ways that mining and transporting the material can be managed or regulated.

As speakers at the Winona meeting stated, more research is needed, dialogue between citizens and government is crucial, and working with industry to mitigate concerns is important. This is especially true given the speed at which this industry has developed, and considering that the fracking boom has seemingly just begun.

*This blog has been updated to clarify that the U.S. is a net exporter of oil-products.