Happened a short time ago. The picture is from the press conference; Betsy Hodges is at the podium, and Schiff is looking on approvingly. 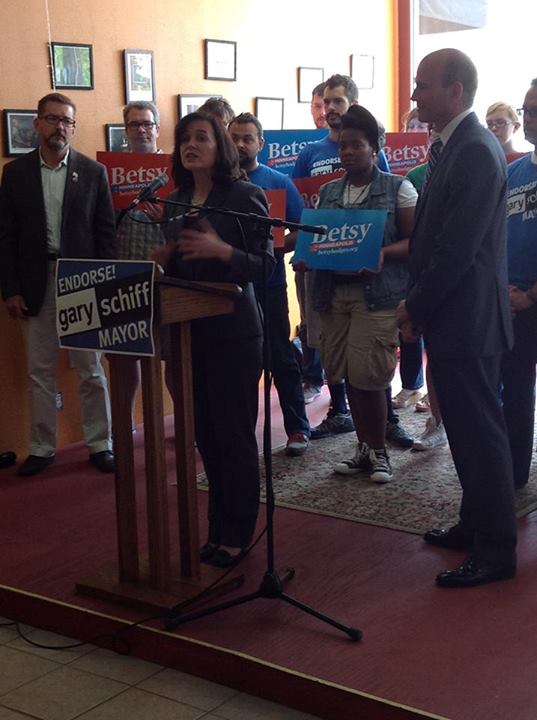 Schiff and Hodges haven’t always been known to be closely aligned, but Schiff said he felt compelled to drop out and back her so as not to split the progressive base. He said he wants voters to have a clear choice on Election Day.

He said Hodges will move the city forward, while Andrew is a candidate that embraces policies of the past.

Obviously great news for Hodges, and anything but for Mark Andrew. Whether it will make a difference for any other, maybe-potentially-viable candidate, like Don Samuels, I don’t know. Which doesn’t always stop me from typing away, but it is doing so, this time.