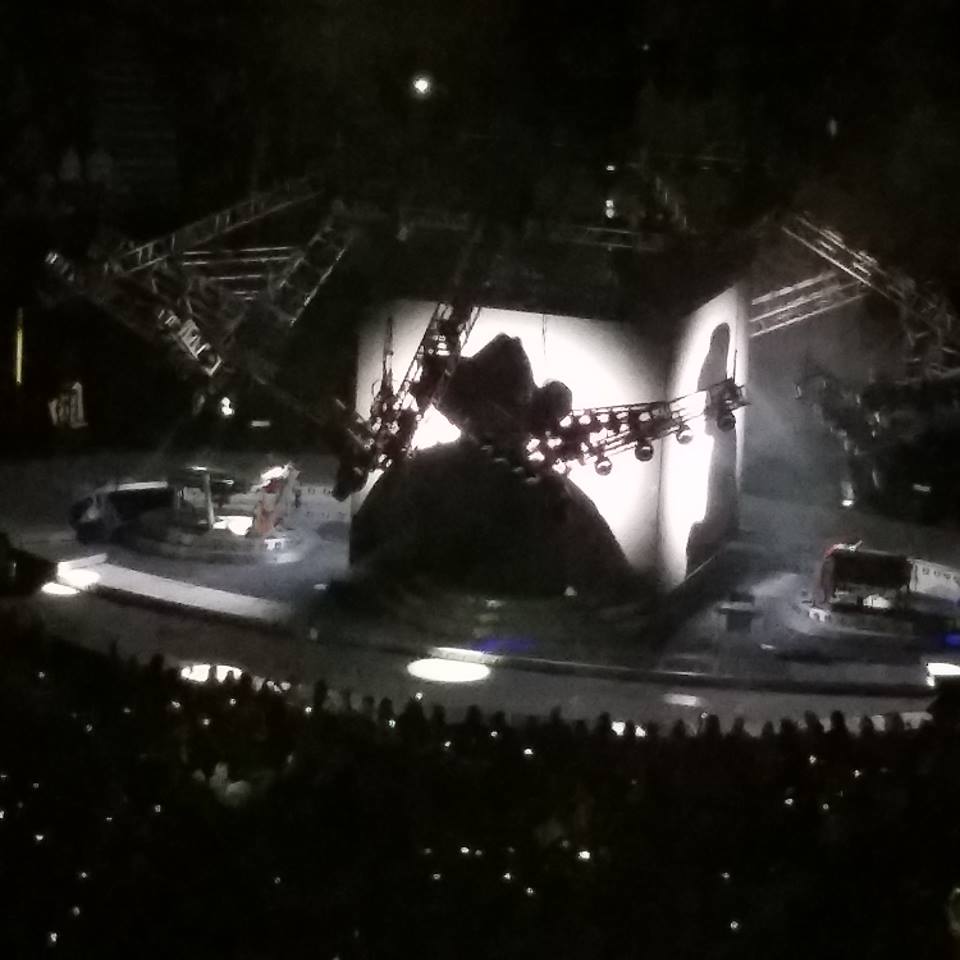 Country music star Garth Brooks and his stunning wife Trisha Yearwood came to Minneapolis with a boom. Garth had a record-breaking run in Minneapolis, performing eleven shows in seven days at the Target Center. The Garth Brooks World Tour has proven Garth still has what it takes to put on an awesome show and his fans love him for it.

My friend and I, managed to get tickets to show number three, which was scheduled for Friday November 8, at 10:30pm. Excited to see the man we grew up listening to perform live, we naturally arrived early. That was a mistake. There was nothing but mobs of people at every entrance to the Target Center. Those that were there to see the second show of the night had to wait to be let in the Target Center, until it was completely empty from the first show. The process was a mess. No real lines formed, just people pushing toward the door. Then at the entrance, the two crowds meet. The exiting crowd is excited and slightly intoxicated while the arriving crowd is upset and cold.

At 10:30pm, we were finally allowed to enter the Target Center. It was not until an hour later the final countdown began.. …Three…Two…One. Everything was better once Garth took the stage. The entire Target Center was full. The atmosphere was alive; everyone screaming and singing every word to every song.

Garth was hysterical on stage making jokes about being old, out of breath, and at 1:00am even tired. However, Garth’s best comment of the night was a compliment to Minnesota fans, “You just sang every word, and on key the whole time, this is amazing.”

Garth Brooks and Trisha Yearwood played for over three hours, and not for a moment did we calm down. My personal favorite Garth Brooks song, Thunder Rolls was surreal. “You Rock,” fans yelled as the show ended. Garth said it was over 10 years since he performed in Minnesota. After his great performance and the appreciation shown from the fans, I doubt he will wait another 10 years to return.