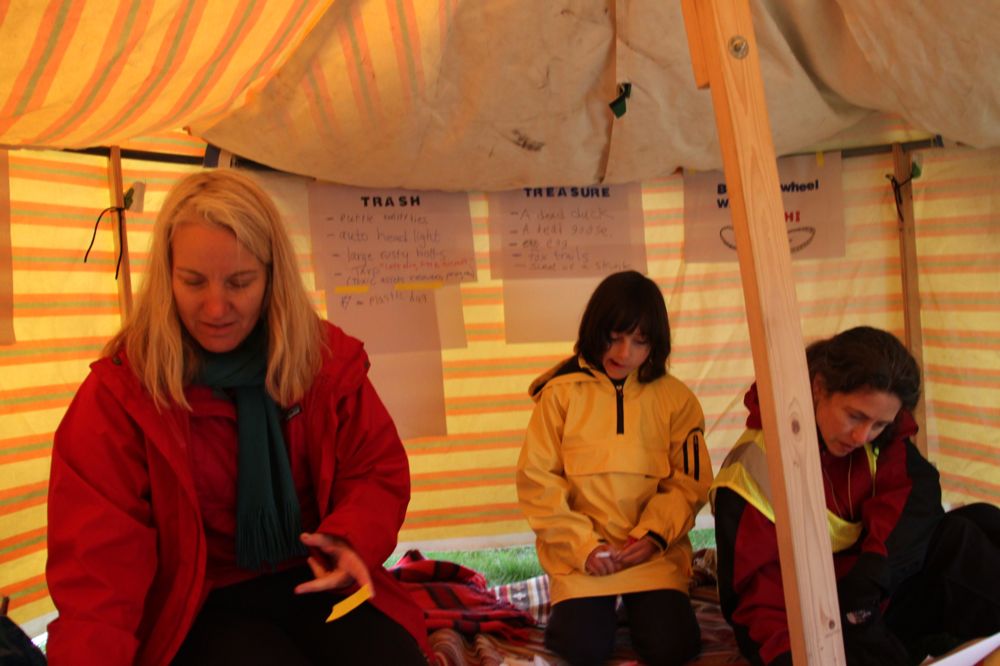 Residents of Saint Anthony Park braved a chilly rain on April 28 to uphold a tradition that has been going steady for over a decade—spending a morning ridding the Kasota Ponds of garbage.

After huddling under the gathering tent, fueling up on coffee and scones, and donning safety vests and gloves, the volunteers dispersed toward the two ponds and the surrounding area with garbage bags in hand.

The Kasota Ponds are one of the last remnants of untouched wetland in the city according to Lisa Steinmann, a volunteer. The Saint Anthony Park Community Council (SAPCC), which works with city and county officials to advocate for environmental, land use and transportation issues, has studied the ponds’ environmental quality and endeavors to protect them from development and degradation.

The cleanup is a way to get the community involved in the care of the wetland area and get the trash out. There are other threats to the Kasota Ponds, however. “It would be nice if we could clean more chemicals out,” said Ray Bryan, a board member with the SAPCC. “The ponds are becoming more saline.” 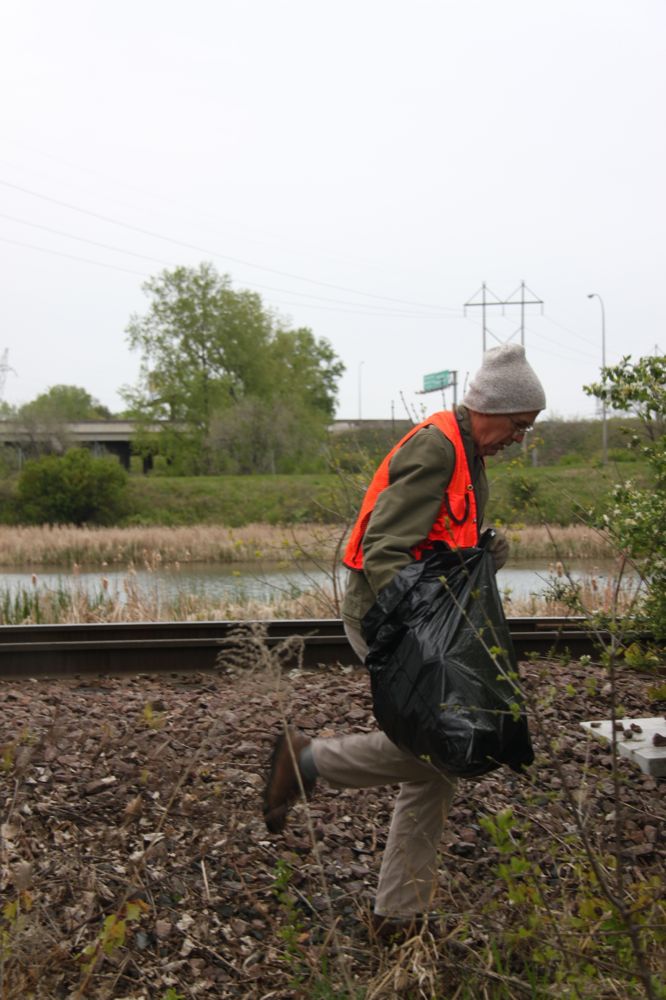 The weather did take its toll on the event. The volunteer turnout was lighter than usual according to Lauren Fulner-Erickson, community organizer for the SAPCC. A group from Friends of the Mississippi River had planned to work with the cleanup crew to do some drain stenciling in the Saint Anthony Park community but cancelled due to the rain.

Nevertheless, the event went on and the volunteers who came worked in spite of the weather. A new feature this year offered shelter from the rain. Steinmann, a contributor to the Daily Planet, offered a creative writing tent with opportunities to create “flash fiction” six-word stories about found garbage, draw pictures, or just get warm. It proved to be a popular place among the younger trash collectors.

Many of this year’s volunteers had been to the event in the past. Jon Commers, a Saint Anthony Park resident, said he has been coming to the cleanup event for five or six years. He said aside from the standard finds like cigarette butts, the trash volume has been noticeably better each year.

Fulner-Erickson agreed. “I think we definitely have less than last year in terms of amount of garbage.” Steve Yetter, a board member with the SAPCC, said when the event began nearly fifteen years ago the ponds hadn’t ever been cleaned so in the early years the groups found tons of strange things—bed frames, a car, a safe filled with money (the police had to be called for that one). Now that they’re cleaned regularly it tends to be a smaller load every year.

Despite the ponds’ location directly off Highway 280, they have remained a thriving, albeit fragile ecosystem. Volunteers witnessed a deer by one of the ponds and Yetter said the area is home to a large number of waterfowl. But salt from the roads pushes the salinity of the ponds higher every year.

The cleanup crew couldn’t tackle that problem this year, but they did manage to collect about 15 bags of trash, a road sign complete with pole, and the wing cover of an F-16 fighter jet. Not to mention they wrote some flash fiction about it. Not bad for a soggy day.

CORRECTION: ST. PAUL! Kasota Ponds is in St. Paul. The editor abjectly apologizes for putting the wrong city in the headline.