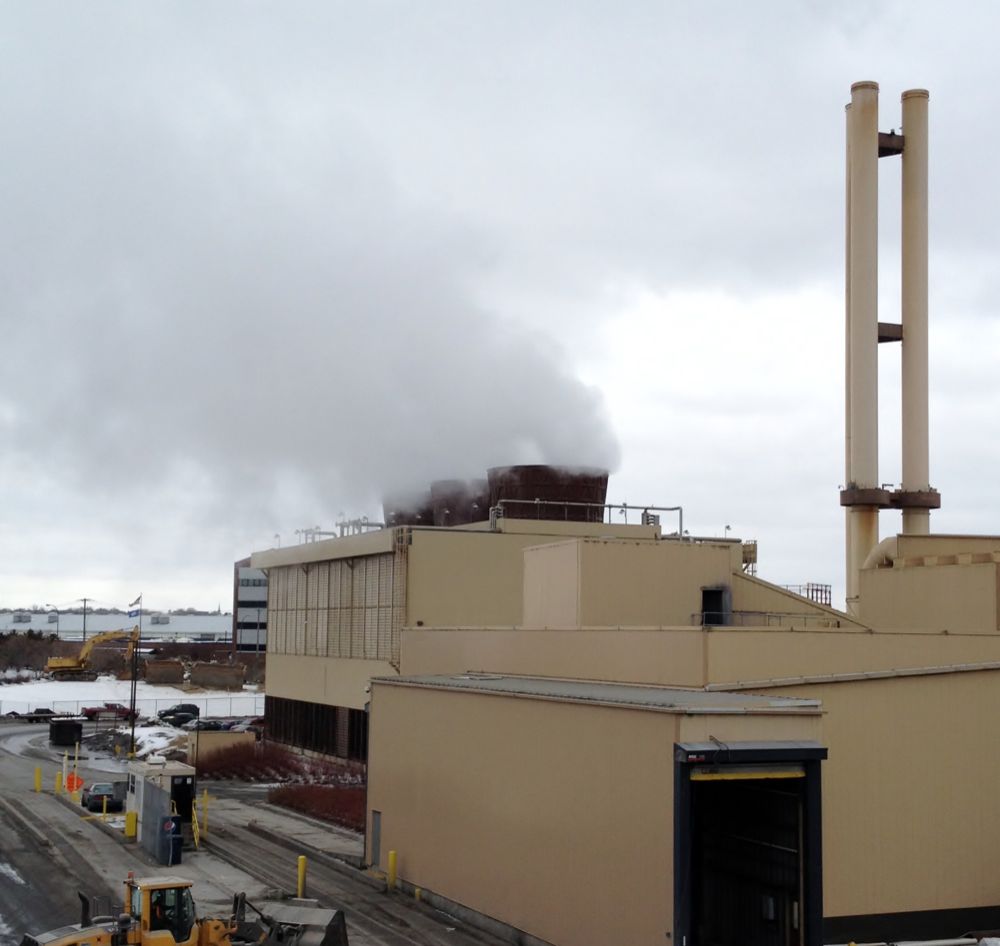 Should the Hennepin County incinerator (HERC) be allowed to burn an additional 212 tons of garbage each day? HERC’s proposal, now entering the third year of hearings and appeals, returned to the Minneapolis city council’s Zoning & Planning committee on February 28. Several residents took time off from their work to appear at the meeting. A neighbor from southeast Como, Jill Ruzicka expressed her frustration that the council members are “dragging this out” and “not taking this opportunity to deny the expansion.” But her testimony, along with all the others, was not heard until after the council had already taken a vote to extend the appeal. Councilmember Lisa Goodman initially moved to continue the appeal until December but Councilmember Gary Schiff proposed a substitute motion that will bring it up as soon as the Environmental Assessment Worksheet (EAW) is completed. “The expansion of the burner will come back to this committee, so my colleagues here can decide, once and for all, if Hennepin County should be allowed to expand the burner,” said Schiff, whose motion was adopted.

Susan Segal, Minneapolis City Attorney, explained that the request for expansion could not be approved until after the EAW is complete, but she did not exclude the possibility of denying the request.

Councilperson Lisa Goodman stated several times that “we should wait until the data is complete since we requested it.” Goodman continued, “The planning commission denied the expansion because they did not have enough information.”

Lara Norkus Crampton, who was on the planning commission when the expansion was denied, disagreed. “The commission did not deny it on a lack of evidence but rather on the evidence they did find, that in all probability it would be harmful to public health and the enjoyment of property,” she said.

Frustration was shared by everyone. Crampton explained that planning commission appeals usually take about three months not three years. “If the EAW looked good, why would it be taking so long?” she asked.

Avery Stark, a U of M Urban Affairs undergrad and intern at Southeast Como Improvement Association, (SECIA,) agreed that, “the length of time taken to make this decision is appalling and it is clear they are not providing the data to show their emissions are safe – there is no reason to support this.”

Goodman said the city asked for the EAW to gather more information.

Kim Holein, a city planner, said an EAW was required due to a citizen petition, but a letter dated January 2010, from Craig Affeldt at the Environmental Review Unit, Minnesota Pollution Control Agency (MPCA,) stated, “the proposed increase in fuel usage is an expansion of a mixed municipal solid waste energy resource recovery facility … making the EAW mandatory.”

According to Steve Sommer, MPCA project manager assigned to manage the EAW process, it has taken much longer than normal for multiple reasons, including “the amount of time it has taken to get data from the incinerator operator, Covanta, a government shut down, and then, after a year of using a type of air modeling that Covanta had requested, the EPA required different modeling.”

Carl Michaud, Director of Environmental Services for Hennepin County added that “the regulations have gotten stricter since we started.” He was referring to stricter standards for PM2.5, a smaller kind of particle pollution. According to the MN Department of Health website:

PM2.5 can be inhaled deep into the lungs and even reach the bloodstream. The particles can accumulate in the respiratory system and cause serious health effects. Scientific studies, for example, have linked particle pollution to respiratory and cardiovascular diseases, including heart attacks, asthma, bronchitis, and other respiratory illnesses.

According to a January 2013 email from Affeldt, “The EAW is 95% complete with revisions possible up until the draft permit is ready for public notice. The comment periods will run concurrently [for the EAW and the incinerator permit]. Re-modeling of (PM) 2.5 has yet to be done so there is no timeframe for public notice.”

Holein told the Zoning and Planning committee that it could be complete as soon as April or drag on for more than a year. More information on the process can be found on the MPCA website.

If the EAW finds that there are “big problem areas” it will call for an Environmental Impact Statement (EIS), Sommers explained. An EIS is more comprehensive than an EAW. Some residents and several Minnesota legislators, including Representatives Karen Clark and Frank Hornstein have strongly requested.

According to Sommers, “an EAW is a general and broad review and an EIS looks at particular problem spots.” An EIS can also look at socioeconomic impacts like quality of life and overburdening of minority and poor communities and provides a review of alternatives to incineration, such as recycling and composting, which is not required in an EAW.

Do you think that any neighborhoods in Minneapolis already have pollution burdens?

What do you think about burning more garbage in the HERC incinerator versus any other way of disposing of it?

CORRECTION 3/5/2013: Typo in original article said 212 tons per year – correct wording: Should the Hennepin County incinerator (HERC) be allowed to burn an additional 212 tons of garbage each day?