Having documented Minnesota’s test score and graduation gaps, we’re now going to look at other equity gaps in Minnesota. We’ll start with some economic gaps.

To start us off, here are the black-white and Hispanic-white gaps in unemployment rates: 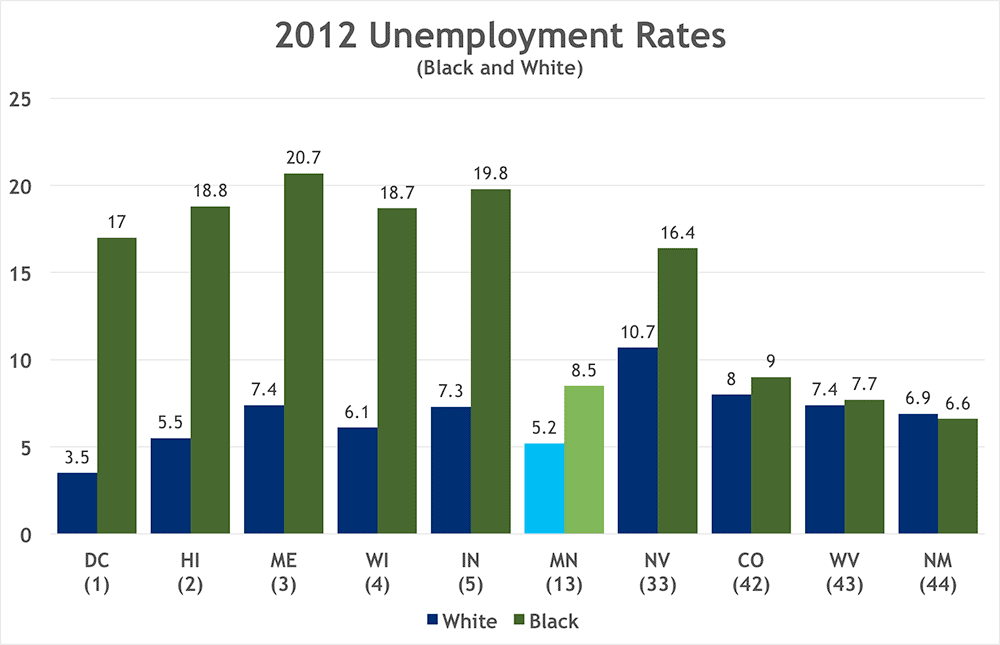 (Data from the Bureau of Labor Statistics)

Minnesota has been doing better on unemployment than the national average for quite a while now. As with education, however, that high average performance masks some equity gaps that should still concern Minnesotans. As a reminder, equity gaps are an absolute problem; our urgency in addressing them shouldn’t depend on how big they are relative to other states.

Minnesota should work for all Minnesotans. We’re not there yet, and we won’t get there unless progressives keep these issues at the front of the agenda.