What about the money? Unemployment and labor force participation are important economic conditions, but the rubber meets the road when work becomes income. If many people are employed, but most aren’t paid much, that’s still not good.

Here, then, are the 2012 median household incomes for white, black, and Hispanic households in selected states. 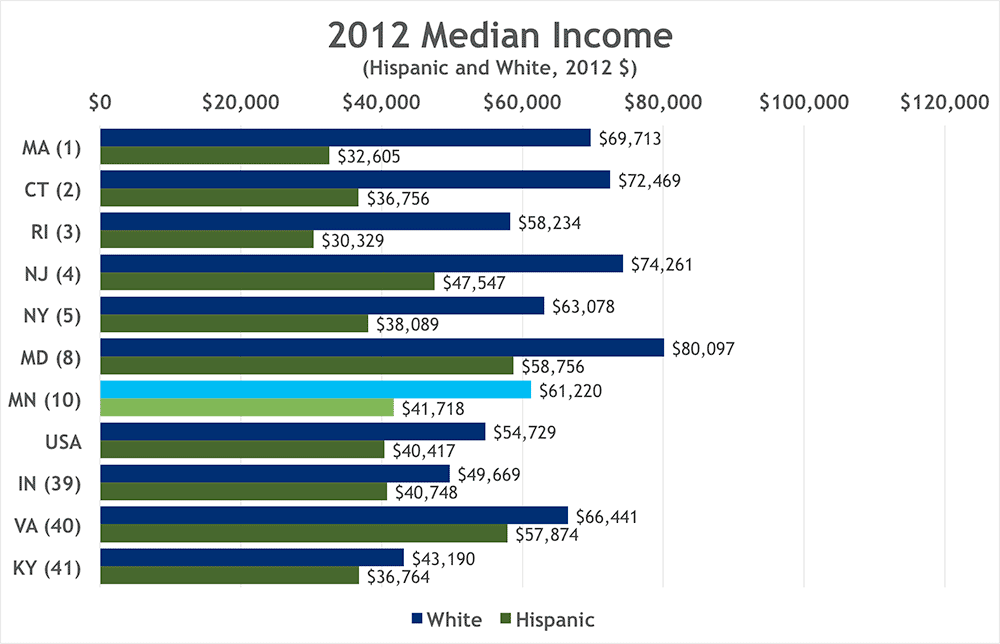 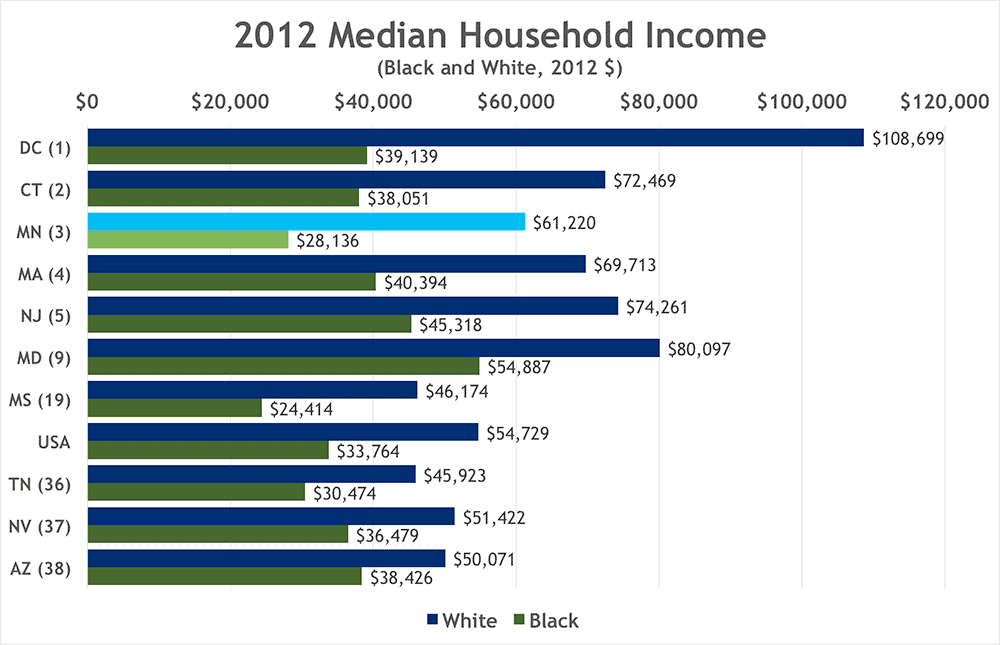 There are a few familiar points here that call back to our test score gaps. First off, DC posts the highest black-white income gap (presumably this would be true for the Hispanic-white gap, but that data wasn’t included). That gap is largely because of very high white income, especially since DC’s median black income is actually a few thousand dollars higher than the US median. Connecticut, another regular high-gap state for test scores, also posts very large income gaps.

Again, we see that equity is a combination of absolute and relative measurement. Maryland has the ninth largest black-white income gap, but its median black household has an income roughly the same as the median white income in the country.