No one measure fully captures true social and economic complexity. It’s true in education, and it’s true in employment. In our unemployment gaps graph, we examined differences between Minnesotans from white, black, and Hispanic backgrounds.

So what do labor force participation rates look like in Minnesota? Here they are: 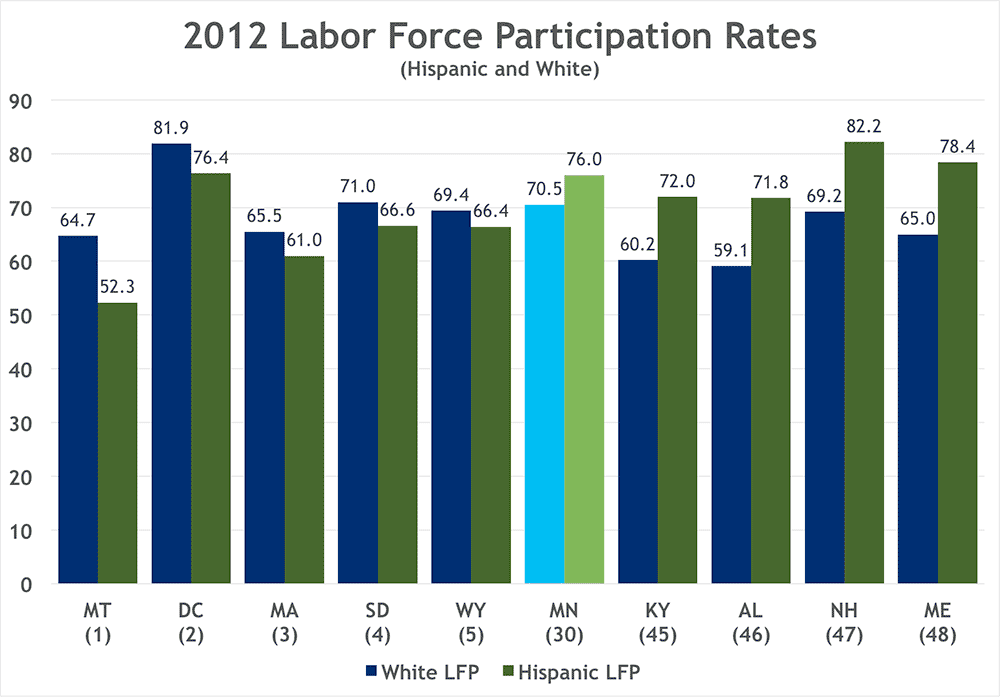 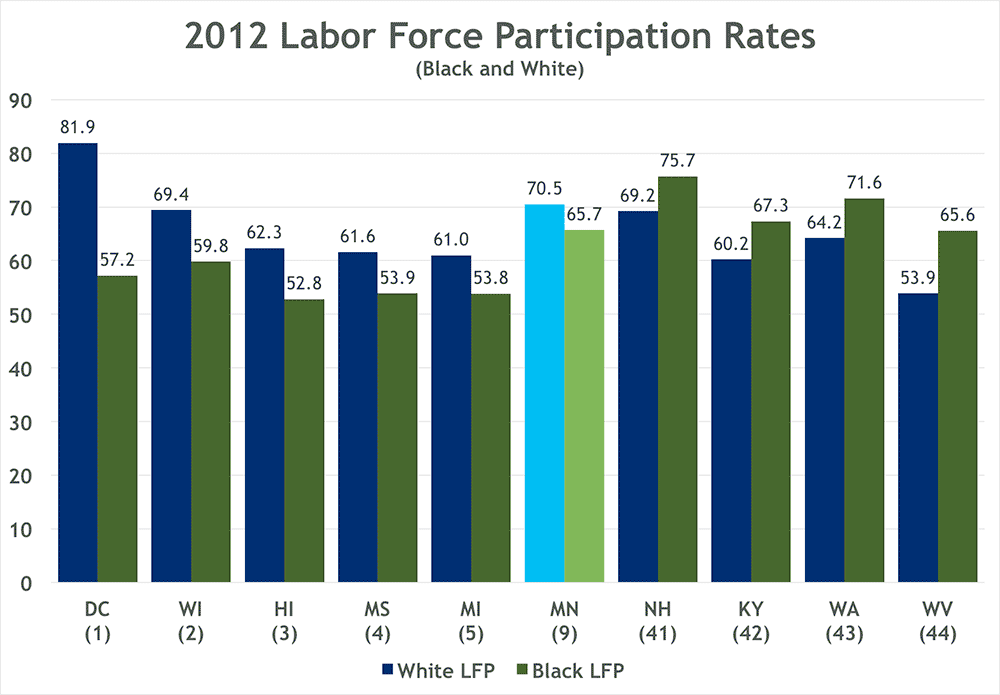 There are a lot of potential explanations for this, including the effects of institutional racism and the (accurate) perception that the recovery has not been particularly strong for Minnesotans of color. Whatever the underlying factors, it should be distressing that black-white equity gaps exist at two different levels of the employment picture.

The picture is a little less dire for Hispanic-white gaps, as Hispanics’ higher unemployment rate is in part a function of their higher labor force participation rate.

Once again, Minnesota should work for all Minnesotans. We have a growing pile of evidence that suggests Minnesota continues to work better for some than others, and it’s past time to start addressing those issues.