For the next few weeks at least, most Graph of the Day posts will highlight “Gaps of the Day.” These are areas of inequality in Minnesota, generally in comparison to other states. We’ll start in education, then broaden our focus.

You may have heard that Minnesota has one of the largest achievement gaps in the country. Generally, when people refer to “the achievement gap,” they’re referring to a measurable difference between groups of students. Often, this refers to test scores, but it can also include other measures like four- and six-year graduation rates. We’ll start with test scores on the National Assessment of Educational Progress (NAEP), the best available set of test scores for comparing student performance between states. Relying on test scores alone would be problematic, but this is just our starting point. We want Minnesotans to recognize that our real problem is an equity gap that has an impact on educational outcomes.

Before we begin, I want to be clear that the existence of any gaps in student outcomes is a problem. Even when Minnesota doesn’t have the single biggest gap, we need a sense of urgency about addressing the very real inequities we do have. Minnesota should work for all Minnesotans, period. 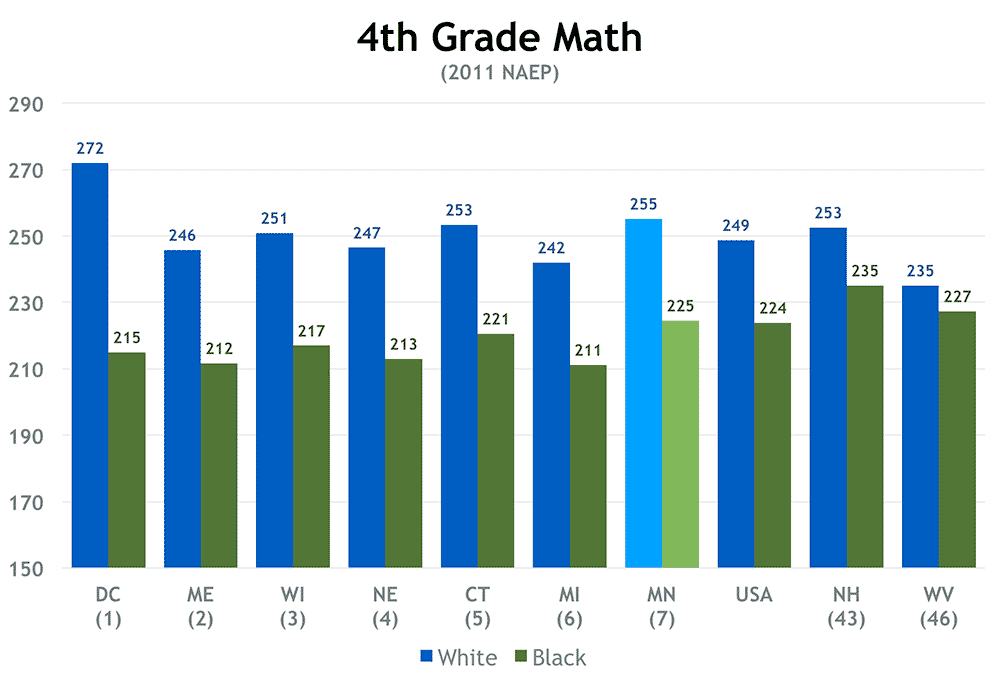 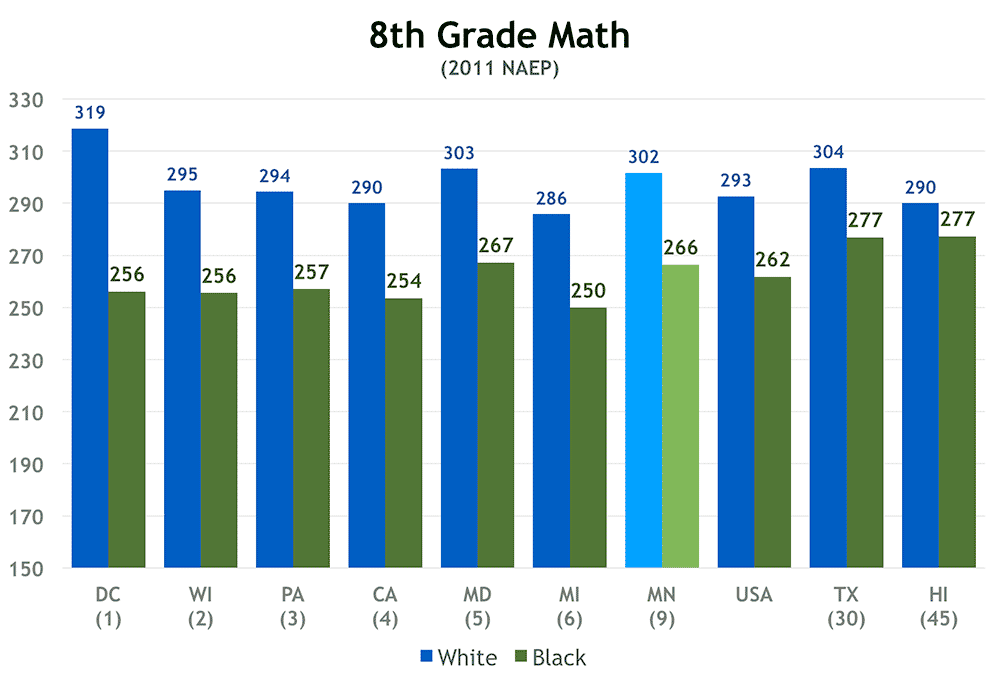 Among other things, the NAEP reports math and reading scores in 4th and 8th grade for students by race and poverty status. We’ll go through each of these in turn, starting with the black-white gaps in math.

For these graphs, I’ll include the five biggest gaps, Minnesota’s gap (sometimes in the top five), the national gap, the smallest gap, and the state with the highest performance for the group that tends to lag. I’ll also include other states of interest. The numbers in parentheses below states indicate the relative size of their gap, with “1” indicating the largest gap. If a state’s number of black students was too small, their NAEP results weren’t reported.

All right, one last thing. As reflexive as it may be to run down West Virginia, black students there have a higher average score than black students here. We can’t let Minnesota pride keep us from facing the real truths of our state.