The long season that leads up to an election is more like a basketball game than any other sports analogy – you make your shots, stay with the plan, and stay focused in the last few seconds. That is why campaigns are often defined by gaffs and mis-statements.

The recent comments by Rep. Todd Akin won’t be repeated here, but there are plenty of places where they have been refuted completely. One of them comes from the Romney campaign, which even went as far as to call on Akin to quit his Senate race. They don’t want this anywhere near their candidate.

Polls show that, like a good hoop game, the Presidential election is close. But the gap among women is on the order of 15% and could become much worse. How? This takes us back to a number of mess-ups with women that defined the discussion last Spring and threatened to rub off on all Republicans – something they can’t afford. 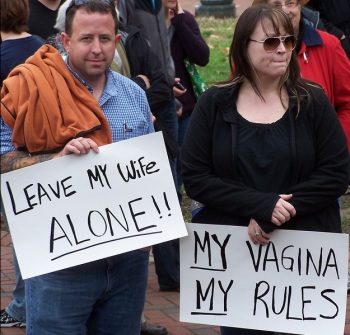 First of all, it’s easy to make far too much of polls. This piece in Salt Lake City’s Deseret News is probably the best short piece I’ve ever seen on polling – up one or two is the same as even. But the real problem with polls is not their accuracy, it’s their ability to identify who is likely to show up. Percentages don’t win elections, numbers do. When asked, people tend to say they will be there for a candidate or a cause because the pollster has put it on their mind. Will it actually happen?

A gender gap as large as Romney’s is a real problem because in 2008 10 million more women voted than men. Women tend to show up. This year, the series of events that appear to be a “War on Women” could easily increase that gap as women feel they have more reason to vote in an otherwise blah election. It’s the enthusiasm gap that matters most, magnifying every small mistake into something bigger.

It started when the Susan G. Komen Foundation voted to de-fund Planned Parenthood. This has little to do with electoral politics, but the uproar that caused them to reverse had a strong lesson for women – there are dark forces that really are out to challenge your reproductive rights, you are far from alone in your outrage, and activism gets results. When Rush Limbaugh later took on Sandra Fluke, the dark forces became clearly aligned with the Republican Party.

The comments by Akin came many months later, so it’s hard to say how they will be connected. But one thing is clear – there are several stages of potential backlash here, and each incident can continue to make things worse. Having a huge gender gap is a problem in and of itself. Women getting angry and active in the campaign assures that they will show up, making the gap even bigger than polls show. If it gets to the point where a majority of households in the US have a strong activist who constantly tells everyone how important it is to vote and which way to go, the election is over.

It’s not that bad for Romney – yet. And, of course, none of these issues had anything to do with Romney himself. His quick and complete disavowal of Akin was a good thing and showed strong, decisive leadership. Romney is doing his best to not let this get out of hand, but the rest of the party needs to back him up a lot better.

The election is clearly close by any measure, and as any re-election is a referendum on the incumbent the Obama camp needs to be worried. They are still going to have to put this game away in the last few seconds no matter what happens. The Romney campaign has been trying to run a more cautious game stressing the fundamentals, the kind of game that can’t afford even the smallest screw-up. The scoreboard of polls show that it is working, at least sort of, so far. But both sides are far from putting this one away.

There is still time for Romney to close the gender gap and take a clear advantage. He’s obviously doing well enough with men to show that Obama has his own gender gap, a problem rarely analyzed and quite a bit more puzzling. But the biggest gap of all in this race is enthusiasm, and giving more than half the voters a reason to dislike you is never a good thing.