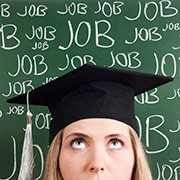 How frustrating is it when you’ve grown skilled at playing a game with one set of rules, only to have everyone else start playing a different game without telling you? In a way, that’s what happens to women in the transition between education and employment.

A recent meta-analysis of hundreds of studies found that girls have tended to get better grades than boys across subjects for almost a century. As the authors emphasize, this is not a recent development. Somewhat more recent is the translation of that disparity to women’s advantage in higher education attainment, with women surpassing men in degree attainment during the early 2000’s. If one accepts the idea that the U.S. is a meritocracy, it would suggest that women are poised to assert economic dominance over men in the coming years.

Of course, there’s still the problems of the workplace to deal with. Men still tend to be paid more than women for similar work, and are far more likely to be represented at the highest executive levels. Men tend to be rewarded for having children, while women tend to be penalized. The behaviors and attitudes that help men climb the corporate ladder to the C-suite are likely to backfire for women, and women tend to ask for less money when negotiating. That’s not a coincidence.

This difference between how girls and boys are graded in school and how the workplace pays and advances men and women is in some ways a cruel set up for frustration and disappointment. Those who believe in following the rules and excelling within their constraints, trusting the authority figure to distribute rewards fairly, will do well in school. Applying the same approach to the contemporary workplace is a recipe for being a well-thought-of worker, but it will likely also come with lower pay and fewer chances for advancement.

Again, we see that the U.S. is not, and has never been, a true meritocracy. Women, like people of color, are working in a system that’s rigged against them and maintained through a mixture of conscious and implicit biases. Women of color sit at the intersection of the two, making it even harder to get ahead.

There are exceptions, but they’re notable for being exceptions. As a matter of trends, we’re still a long way from a system where educational equity will feed social equity more broadly.