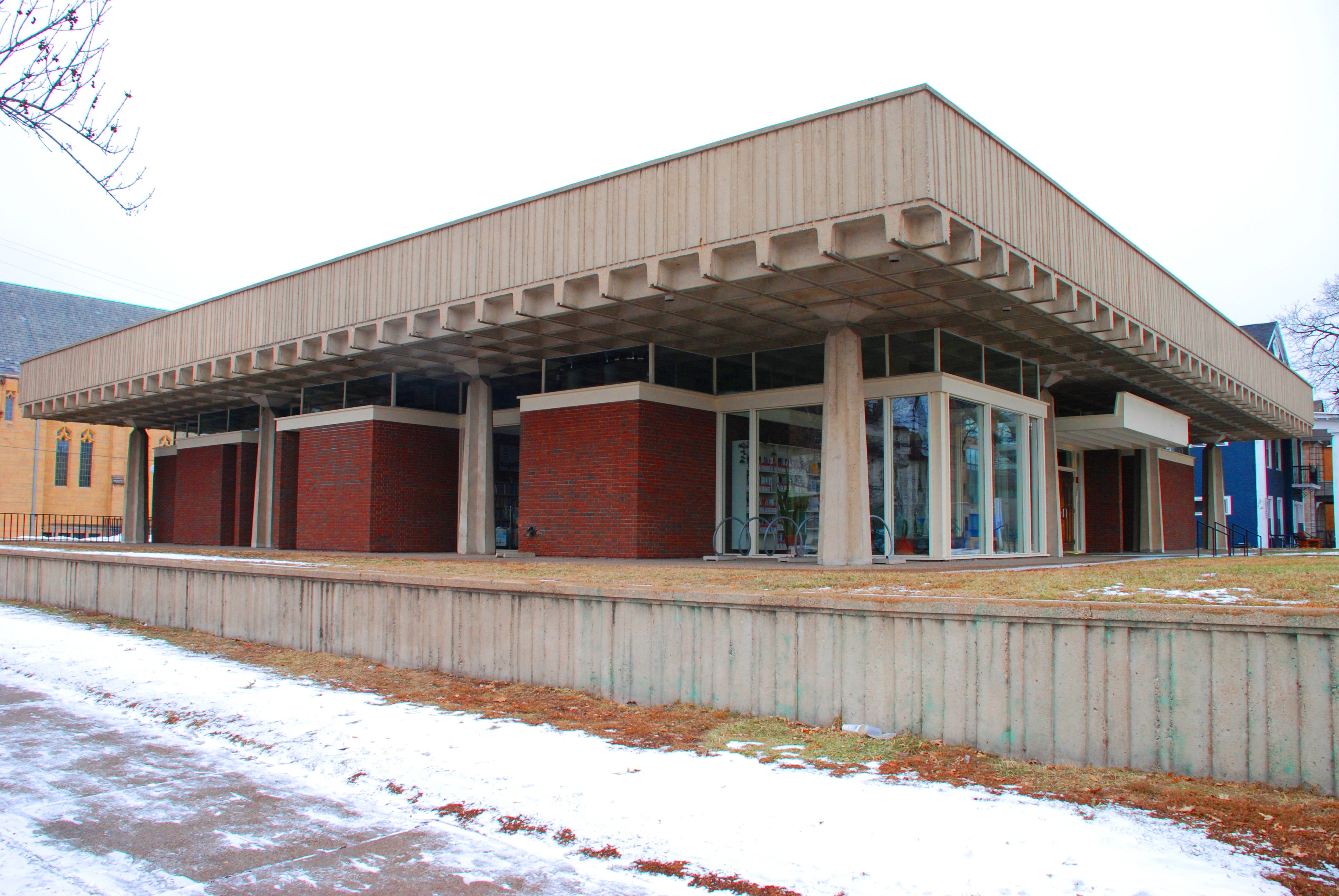 This is the third article in a six-part series on the future of the Southeast Library in Minneapolis. Previously, part 2: Design library dreams for Prospect Park.

The Marcy-Holmes board passed a resolution October 16 calling for keeping the Dinkytown library in their neighborhood because “it has always been an important part of our community and because it is accessible to all the Southeast neighborhoods via public transportation and serves our neighborhood’s 10,000 residents, including students at the University of Minnesota.”

Jo Radzwill, co-chairwoman of the Marcy-Holmes land use committee, said small neighborhood focus groups consistently show strong use of the library and a demand for more hours.

“One student likes the Chinese-lesson videos there,” Radzwill said. “Who knew? One of the sorority house directors said her residents frequently go there to do homework because of the wi-fi access. It is a more central location than the campus library on the West Bank and it’s so close to campus.”

“It’s also easy to get to. We’re not on the light rail, but it’s easier to get there on the bus than the light rail. At least three bus lines make it more accessible,” Radzwill said.

Meredith White, who lives in Prospect Park and studies homeopathic medicine, says she “practically lives in the library when it’s open.” She said she uses the library as a resource. She also picks up and drops off materials from other libraries throughout the system. She said she favors a new library near the current central location with more parking.

Skott Johnson, president of the Dinkytown Business Association, proposed that a new library go into one of the mixed-use developments on the drawing board for Dinkytown.

“That’s an idea that I’m comfortable with,” McLaughlin said. “We haven’t been approached by any developer. I think it’s a good idea to explore that.”

Johnson said the library helps Dinkytown, including his business AutoGraphics across the street.

“I look out my window and see a nice reading room with sun coming in,” Johnson said. “It brings people here. It’s a nice way station for people having shoes fixed or copies made.

Johnson said Dinkytown would love to keep the library as a matter of pride. “It’s a lot more political than I’d ever imagine,” he said. “I imagine that building will have to be torn down” because of its lack of accessibility for meetings, among other things.

Next, part 4: A historic building

CORRECTION 2/2: This article, when originally published, misidentified Jo Radzwill as “Jo Radzill.” The error has been corrected.