Two community action programs in St. Paul and Minneapolis could receive a sizable bump in funding.

Rep. Joe Mullery , the committee chair, sponsors HF2273 that would provide funding for the Northside Achievement Zone, located in north Minneapolis; HF2275, sponsored by Rep. Rena Moran (DFL-St. Paul), would channel the funding into the St. Paul Promise Neighborhood, a 250-square block area in the Frogtown and Summit-University neighborhoods.

Both bills were referred to the House Education Policy Committee. Neither has a Senate companion.

They call all of the babies in the zone “scholars,” she said. “It can’t be done on the cheap. It really can’t,” she said of lifting struggling neighborhoods. 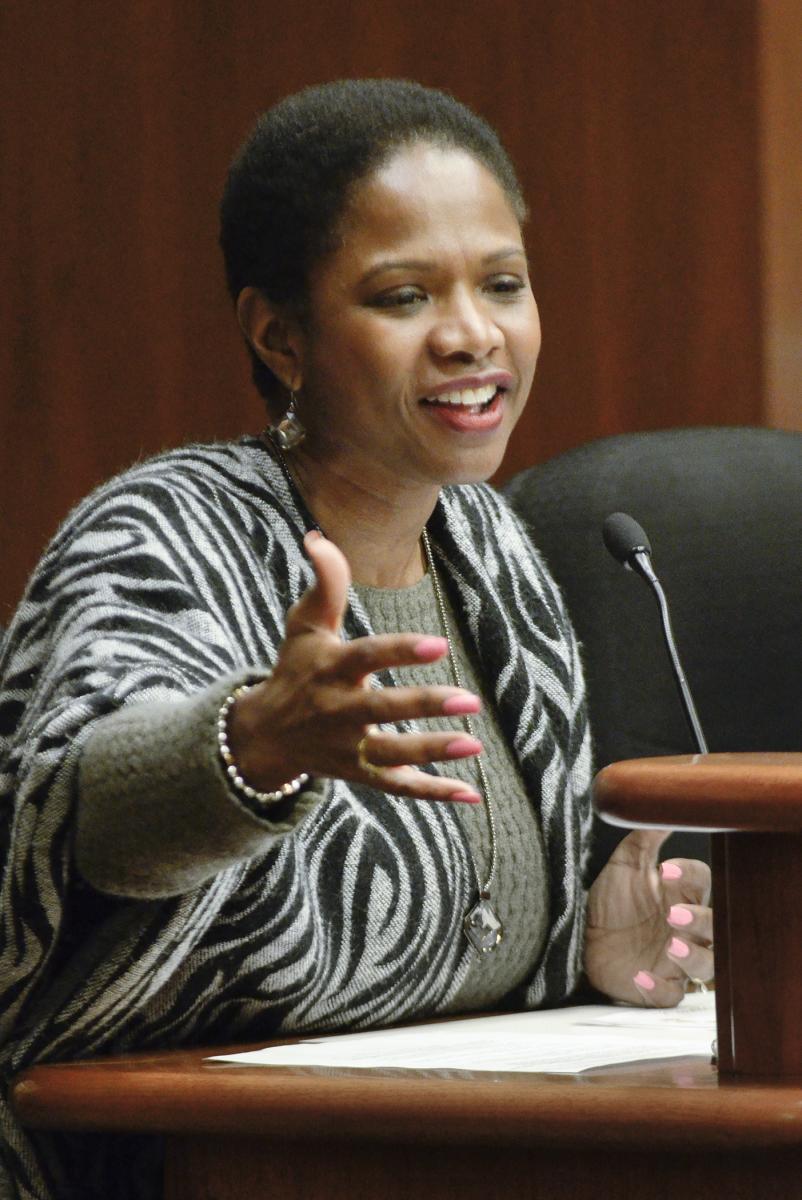 Left: Sondra Samuels, president and CEO of Northside Achievement Zone, testifies in support of a bill that would appropriate more than $1 million for program expansion. Photo by Andrew VonBank

St. Paul Mayor Chris Coleman heralded the progress in the St. Paul neighborhood, saying it’s the successful proving ground for intervention programs. “We can demonstrate how to close the achievement gap.”

“There are other communities out there fighting the same fight,” said Rep. Jeff Howe (R-Rockville).

Other Republicans questioned the wisdom of slating state funds for specific cities, rather than having communities compete for the funding.

But Democrats on the committee spoke of unique situations in St. Paul and Minneapolis.

“I don’t like when we get into geographic warfare,” Rep. Carly Melin (DFL-Hibbing).

Speaking after the hearing, Mullery said he intends to pursue legislation that could create neighborhood zones in additional cities.