News stories on the economy are full of many subjects that would have seemed strange to American readers just a few years ago – European banking, the developing world, clever financial instruments, and so on.  There is one word that is strangely absent, however – “Recovery”.  This once prominent term has apparently been banished from reporting, possibly because no one believes that there is such a thing anymore.

That’s not to say there won’t be a Recovery, but as is typical of a credit-meltdown fueled Depression there has to be a Restructuring first.  Money and labor and all the other resources you can name have to start going into areas that are going to be productive in the new economy that replaces the one that crashed and burned back in 2008.  Barataria has led some discussion on how jobs appear to be shifting rapidly, a sign of Restructuring, but there are some fascinating things happening that show how much our world is changing.

Some of those stories come from the world of oil, the mysterious black gunk that fuels the world. 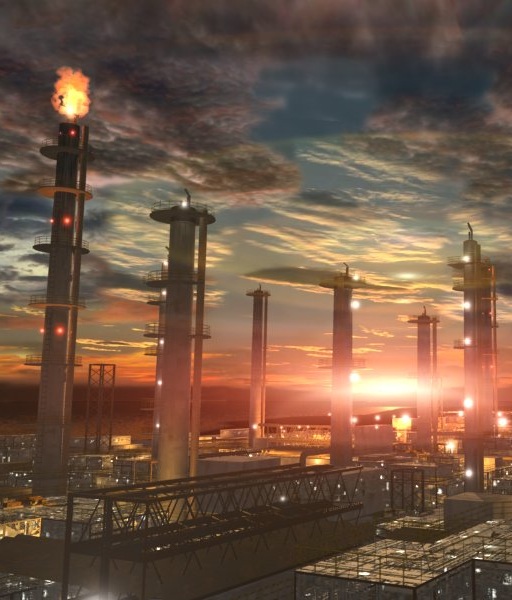 Gasoline prices have not come down much through the Depression, despite considerably lower consumption driven by better fuel economy.  The reason for this is that refining capacity has always been the limiting factor – the ability to turn oil into lighter gasoline.  Lower demand should have given us some breathing room on our refining limit, but for the first time in 62 years the US has become a net exporter of refined gasoline and diesel fuel.  Developing economies close to us, notably Mexico and Chile, do not have the capacity to make enough fuel for their growing demand.  So they are buying it from us.

The oil being refined is still mostly imported, although the largest source is now  Canada.  But we can make more gasoline than we actually need.  Selling it keeps the price high, and we can expect the price to continue to be above $3 a gallon forever.

If that is not a bizarre enough change in oil consumption, consider the pronouncement from the World Petroleum Congress, an organization sponsored by OPEC.

That’s right – OPEC is now fully behind renewable energy development, especially in the Middle East.  All the natural gas that was traditionally burned off as a nuisance is being captured and used to produce electricity for starters.  Where it gets interesting is the push by Arabia to generate up to 10% of its electricity with desert sun beating down on solar arrays.  Oil is simply too valuable for them to waste any longer, so they are going to take steps to conserve it and make use of other resources.

As desert people know, green is the color of heaven.

These are just a few stories that highlight the growing demand for more efficient energy and the development of renewable resources.   While we don’t necessarily know exactly what the next economy will look like, we can be certain that reducing energy costs will be a major part of it – and the development of these technologies is likely to be a big growth industry in the early stages of the new economy.  This will produce many stories that might have seemed bizarre just a few years ago.

What we can be sure of is that the economy is changing.  We know that the one which collapsed in 2008 is gone forever, and trying to revive the very same system will not produce what we need.  That’s made life harder for the Obama administration, which has worked hard to pull the levers it can to create jobs primarily in construction and supporting state governments.

It takes a little more imagination, however, to push ahead the Restructuring that will have to take place before a true Recovery can begin.  If you need to stimulate your thinking a bit as to what that could possibly mean, read the news carefully. You’ll find a lot of strange stories just below the headlines.  Taken together, those stories are the surest sign that a Restructuring is finally starting to pick up speed.