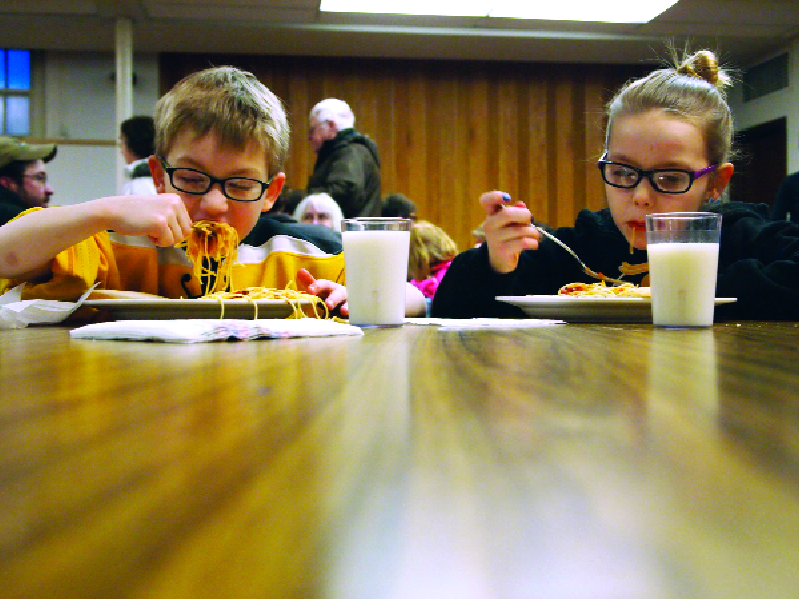 Andrew and Lauren Daher enjoyed their spaghetti at a benefit dinner for City of Lakes Youth Hockey. About 93 boys and girls skate for the Titans, and parents volunteer for coaching, board member, and fundraiser duties. (Photo by Margo Ashmore)

Their website feels as raw and gutsy as the sport of hockey itself; in person their enthusiasm carries through, from the pre-schooler pushing the dessert cart at the fundraiser, to the parent slinging the spaghetti. It’s City of Lakes Youth Hockey pushing the puck toward the goal since 2009 when Edison Youth Hockey Association disbanded.

With Mini-Mites, Mites, Squirts, and for the first time this year, PeeWees, about 93 skate for the City of Lakes Titans. The program now serves kids ages 4 to 12 and they hope to have a Bantam team next year for ages 13 and 14. Serving youth in Minneapolis north of 94/394, the mission of City of Lakes Youth hockey is to provide hockey in a positive learning atmosphere at an affordable cost to the residents of Minneapolis.

“We just wanted the kids to learn how to skate,” said Chris Bubser, about placing his daughter and son in the program. There are several sibling pairs or groups, and quite a few girls playing on co-ed teams. Parents at the fundraiser said that while some may have competitive aims, winning games is not the only object.

City of Lakes gets grants for equipment for the youngest players, such as 30 sets of gear from Total Hockey. They turn it in when they outgrow it so another player can use it. It’s about $500 worth of helmet, shoulder and elbow pads, shin pads and breezers, and padded shorts, making each family’s investment about one-third of the cost of other leagues.

They buy their own personalized jerseys, and once a child has shown a level of commitment and grown to a certain point, the families might buy their own gear, too, said City of Lakes vice president Mark Jensen.

March 2, City of Lakes families held a spaghetti dinner in a church basement at $5 a head, including huge trays of desserts baked by the parents and delivered tableside by the players and their even younger siblings. The funds raised go mostly to the $175 per hour ice time fees.

The league plays at Northeast Arena at 1306 Central Avenue and at Victory Memorial at 1900 42nd Ave. N. “Games and scrimmages are often held at the home rinks of other organizations,” the website explains.

Parents pay a $100 deposit which they get back after they’ve put in a minimum of two to four volunteer hours per family. Like most youth hockey leagues, all the work is done by volunteers. For some that’s coaching, serving on the board, or doing a website. Others do shifts at the fundraisers.

“We’ve seen a lot of good energy on the younger level, contributing in unique and interesting ways,” said City of Lakes Vice President Mark Jensen. One parent works for a food distributor and can get food for the fundraisers at wholesale.

They sold wreaths. Jensen said. “One thing that showed me was how many in our neighborhood are invested in hockey in one way or another, so they were happy to buy a wreath from us.” They played hockey, or knew someone who did while growing up, or had someone in their family who played the game. “I met some old Edison Youth Hockey parents.”

Jensen played hockey in Iowa, and started skating with his 4-year-old to help the little guy feel more comfortable on the ice.

“It is about having a community, that happens to be around hockey. Yeah, we could be considered a feeder” to the high school programs. “The Storm has six times the skaters we do. We have fewer people and less money. The demographics will always be more favorable there.” (The Storm takes care of youth hockey south of 394/94.) “That’s why we do scholarships and try to keep the barriers low. It is a long-term goal to represent Minneapolis in hockey,” Jensen said.

This year, City of Lakes bought some outdoor ice time, practicing at parks where kids who were out skating for fun could come and check them out. “When we skate at North Commons and Bohanon, it gets us known.” They may have started in Northeast but they want to get the name out in North Minneapolis, too. “There are some pretty athletic kids out there.”

Jensen said they try to schedule games such that they don’t conflict with park leagues, and in fact some of their skaters see a lot of ice time because they skate for the parks as well. The parks and City of Lakes teamed up for a day with USA Hockey in November to let kids try hockey for free. “Every year we get a few from that event.”

The play season is done for the year. Potential donors or parents interested in signing their kids up can go to the website, cityoflakeshockey.com or email contact@ colyh.com. The site doesn’t yet take registrations, “we’re looking to upgrade that” to minimize time spent chasing down checks, Jensen said. Talking to Jensen one gets the impression there’s really nothing wrong with using the personal touch in this enthusiastic community. 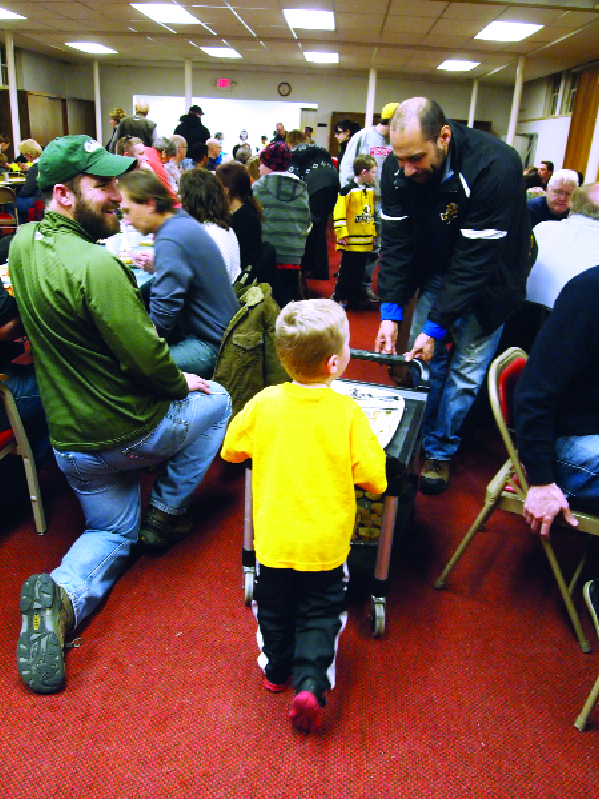 Seems like everyone helped out at the March  2 benefit dinner at Gustavus Adolphus Church’s basement. Outside as darkness fell, Titan players demonstrated making goals. 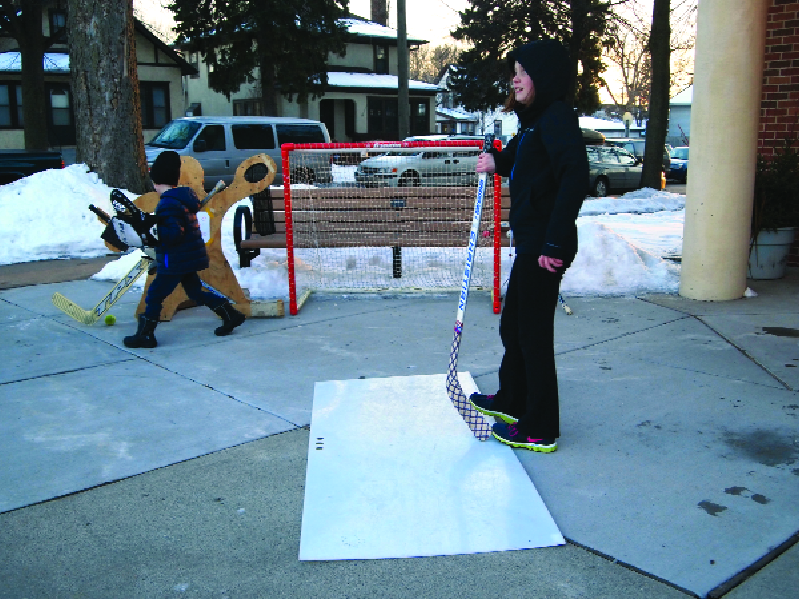