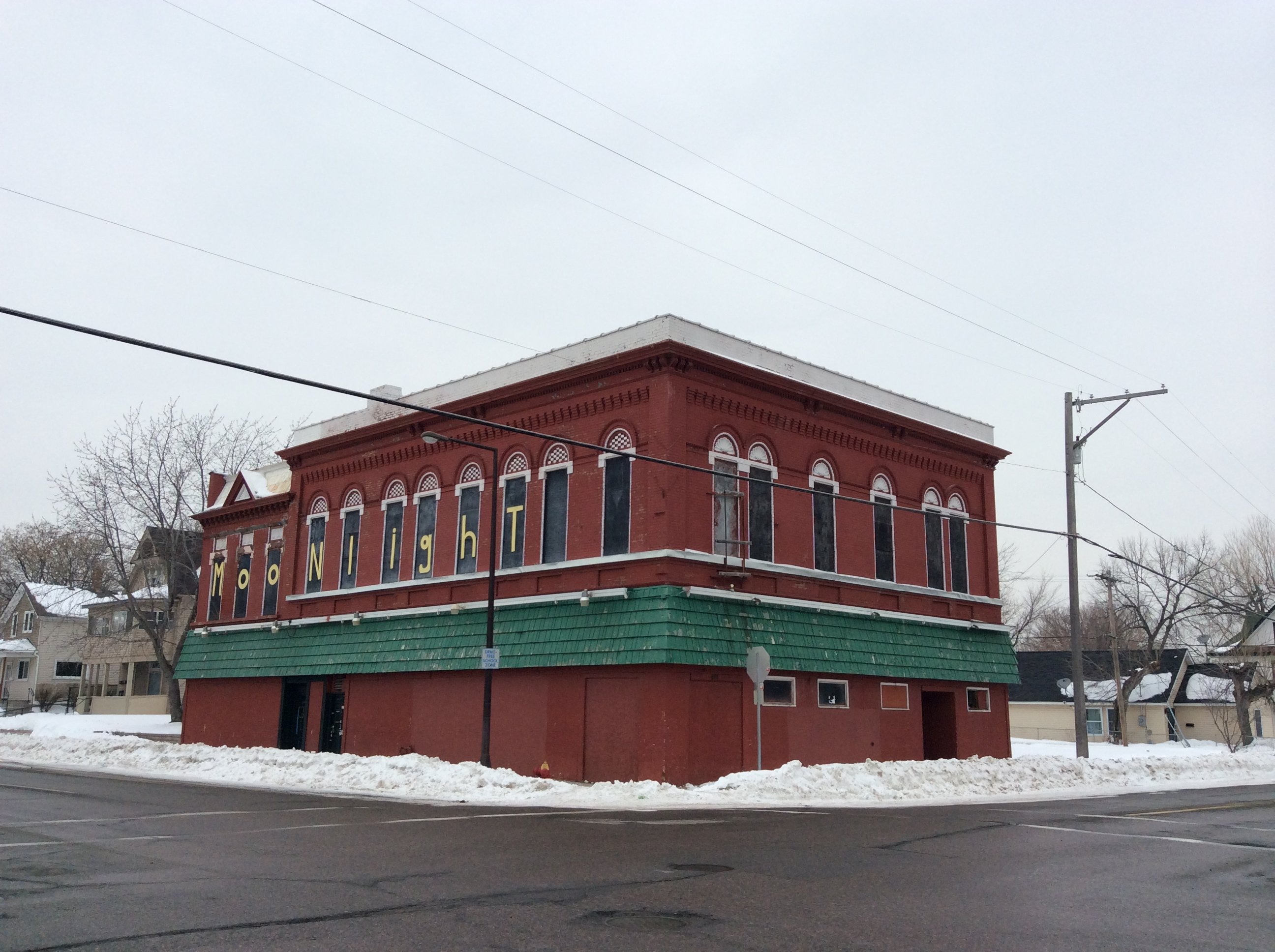 In the 1890s, German immigrants gathered at Dietsch’s Hall in St. Paul’s Frogtown neighborhood, and today a Somali immigrant couple wants to make it a gathering place for newer immigrants. Their plans have run into a problem: the City of St. Paul is trying to have the building at 601 N. Western demolished. Now the dispute is in the courts, with both a contest over the demolition order and a new lawsuit by the owners, Alex Jerome and Ameena Samatar, alleging discrimination.

Jerome and Samatar say they have enough money to rehab the building and open a business. City officials say they have not provided proof that they have the funds or business plans or architect’s plans and bids.

Jerome said he had experience rehabilitating properties, and he already spent $10,000 for initial repairs soon after his purchase. As for the business plans, he said he could not know fully what type of business there would be before he found a way to repair his property that matched with the City’s standards.

He originally envisioned having a wedding hall on the second floor, and some type of ethnic store at the entrance. “I don’t even know what there would be anymore – the city officer asks if I understand the severity of this situation. It is very disappointing to see how I am treated,” he said.

The Somali couple claims that they were not given enough time to keep up with the City’s requests. For example, a major problem pointed by the City Hall officers was the need for rezoning of the parking lot on the property. The rules for the parking lot vary depending on the type of business to be opened, and permission has to be sought from the neighbors.

“I was not informed about the petition rule for the parking zone until later,” Jerome said, adding that it took him months to get the permission, and by that time the demolition order was already given.

The dispute began when the City of St. Paul decided to proceed with the demolition order on December 21, 2012, after four consecutive hearings to review the progress of property rehab plans. One of the meetings was missed by the owners. Jerome later claimed that they never received the letter announcing the meeting time because it was issued to the wrong address.

The couple bought the property for $49,000 from a local bank on July 17, 2012. An Order to Abate Nuisance already was pending prior to their purchase. The first hearing happened the following month on August 14, to confirm whether the owners had plans for and could afford the rehabilitation expenses. Rehab expenses were estimated to exceed $100,000, as opposed to the demolition costs, which would be a minimum of $20,000.

At the November hearing, Jerome said they had sought loan support from the Frogtown Neighborhood Association, as well as other resources, as advised by the city, but no such loans were available.

Caty Royce from the Frogtown Neighborhood Association said she talked to Jerome a couple times, but he presented no business plans to follow up with them. “He never really asked for our help either,” said Royce, “but what I know is that the building has a very important cultural history to the community and I would not like to see it lost.”

The red brick two-story building, historically known as Dietsch’s Hall, was built in 1890 by Joseph Steinkamp. For many years, it served as a gathering place for Frogtown’s German community, where wedding and anniversary receptions were hosted. After its remodeling in 1970, it served as the Blues Saloon, then as a GLBT bar called Lucy’s, and finally as the Moonlight Magic Bar, which witnessed the gang beating to death of a Hmong man in 2009. With a history of license violations, the St. Paul City Council finally revoked the bar’s liquor license on August 3, 2011 leading to the closure of the bar. The property has been vacant since December 14, 2011, joining the list of 160 vacant properties in Frogtown.

The case for the property demolition was brought to the court on January 27, 2014. A ruling is expected within 80 days from the trial date.

Jerome and Samatar also filed a discrimination claim against the City of Saint Paul on November 6, 2013. Their claims included an “offensive” comment made by the legislative hearing officer Marcia Moermond, the City’s Senior Policy Analyst, during the August 14, 2012 meeting, when she said “this is a joke” in response to Samatar’s introduction as the property owner from Minneapolis.

Jerome’s attorney Elizabeth Royal said, “my client is a Somali descent woman wearing hijab, the full Islamic dress for women,” and apparently her property ownership is a “joke” to the officer. According to Royal, Ms. Moermond argued that her comment was taken out of the context, yet later did not want the audio records of the meeting to be revealed.

According to a Star Tribune article, “the city says in a court filing that Moermond was referring to the fact that Samatar lived in Minneapolis and made a ‘dismissive comment about Minneapolis, which she then said was a joke.'”

The decision for the discrimination case may take up to two years, according to Jerome’s attorney, Elizabeth Royal.

“My clients just want to be given time to prove the City that they have the sufficient funds to fix the building for future commercial use,” Royal said.