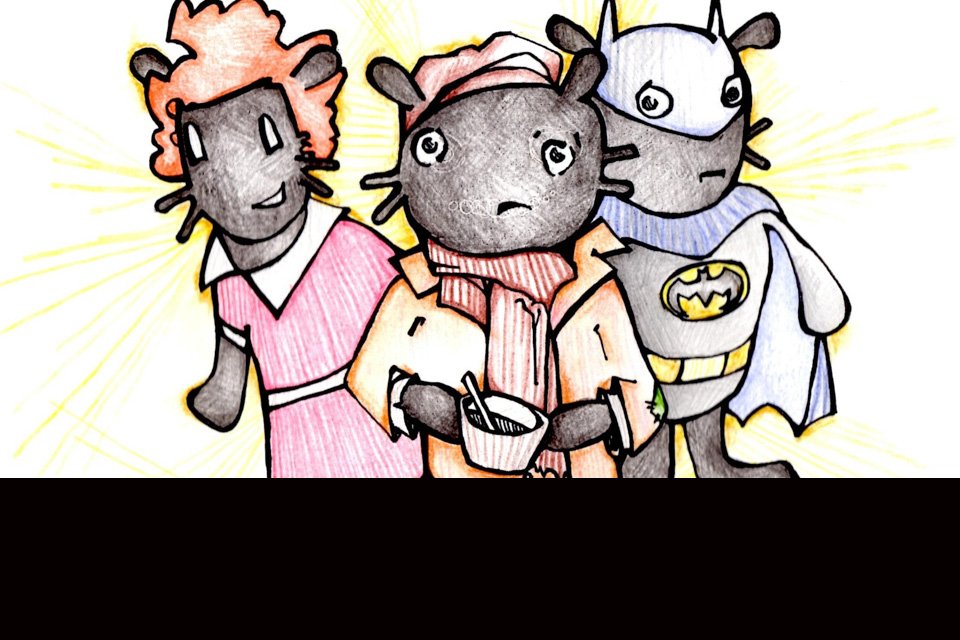 Fringe Orphans 3, performing at Theatre in the Round, is an eclectic collection of short shows which would not have been long enough for a full fringe slot. The five minute shows range from Fit in This, about creepy weird girls who attempt to fit an “Important Man” into their toys, to Great Moments in Metro Transit which chronicles a man’s experiences riding the bus for a year as he slowly becomes less phased by all the strange stuff that happens. Since every show is written by different authors, and most have different actors, the stories do not in any way connect. This is alright, they are not supposed to, but what this does lead to is a wide range of humor and quality. Since every show is so different from the next, it is very unlikely for anyone to enjoy every single one. Since there is such a wide range, though, there is something for everyone.

The standout performances are those of I Am Curious (Green), Non-Breeders, and A Hard Thing to Look Past. I Am Curious (Green) is the story of Bruce Banner who, after his career as Hulk, has become a theater critic. He and his wife go to a one-man play and hilarity ensues. Tim Uren plays a convincing hulk, and a comically rude critic, while Cody Stewart plays the culmination of every young actor stereotype. Non-Breeders is short and sweet, commenting on yet another area where gender discrimination is present: sterilization. First, Victoria speaks of her years and years of attempts to have her tubes tied while doctors continue to reject her. Then, Scot describes his painless, fairly inexpensive process of getting a vasectomy. Although Non-Breeders does not contain much of a story, the facts they present are quite interesting to think about, and Victoria Pyan and Scot Moore’s comedic timing could make anything entertaining. In the final show of the hour, A Hard Thing to Look Past, Jenna and Bruce have met on an online dating website and are having their first date. Halfway through, Bruce reveals that he is Batman and hilarity, again, ensues. Rachel Finch, as Jenna, responds brilliantly to everything Dave Gangler, as Bruce, does. Most of the shows in Fringe Orphans 3 are comedies, but there are a few more serious shows, including a serious monologue and a show with quite a sad ending.

All in all, Fringe Orphans 3 is an entertaining time, especially for those who cannot sit through even an hour of theater. The fast pace nature means that the shows must get to the point and have no room for unnecessary side plot. There is a risk that many of the shows may not be the right humor for you, but there is something for everyone and if you are willing to take the risk, you will not be disappointed.

There is one more opportunity to see Fringe Orphans 3 at Theatre in the Round, Saturday, August 9 – 2:30 pm. For more information, visit www.fringefestival.org.