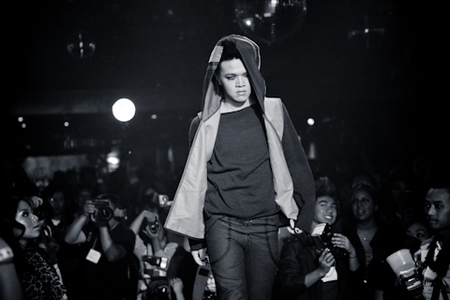 A celebration of community and culture was in full swing. A capacity crowd in formal attire watched a high-energy runway showcase of six Hmong-American fashion designers. The event was a fundraiser for the Center for Hmong Art and Talent.

CHAT Board member Jeff Xiong said the fashion show was like a Hmong New Year (an event that actually arrives in a few weeks).

The designers had been working on their collections since spring in preparation for Sunday’s show. Fabric is vital in Hmong culture, and that fact wasn’t lost in the collected works.

Each designer was given a challenge by the show’s creators: one outfit must contain all five fabrics used in traditional Hmong clothing—hot pink chiffon, neon green chiffon with gold print, deep blue satin, black satin and black velvet—and must be in the same style as the rest of their line.

According to CHAT’s website, the history of Hmong art is “rooted and sewn into the fabrics of traditional Hmong clothing where the unique combination of vibrant colors and textures makes the Hmong identifiable.” 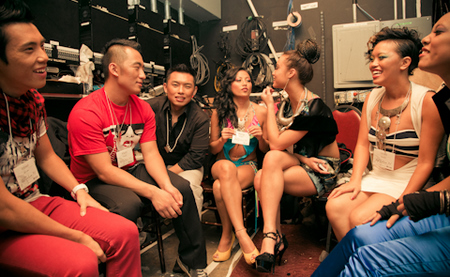 Effervescent color was undeniably the theme of Fresh Traditions. Professional-looking volunteer models proudly displayed the creative talents of the designers.

All of the pieces are original and are drawn, constructed, and sewn by the designers. The fabric for the challenge pieces came from traditional Hmong stores, said CHAT Executive Director Kathy Mouacheupao.

Designer Chong Moua, 27, of Minnesota, started sewing when she was nine years old and specializes in graphic arts and graphic design. “I’m excited. It’s been a really long day,” she said. “I love the audience and the guests and the models’ energy about Hmong arts.”

Her collection, called “Hlub Hmoob,” focused on Hmong youth and custom. “I was really heartbroken when I realized that our youth are really idolizing other East Asian cultures and going after other cultures, which I think is great that we can celebrate and be excited about other Asian cultures or other people in countries, but I really wanted to inspire our youth to come back and realize what our heritage and history is and be happy that they are Hmong,” she said from a screen onstage.

Backstage, a little girl, Pemola, waited to model Moua’s pleated patterned skirt with her graphic designed t-shirt that read in Hmong: I Heart Rice with Water. 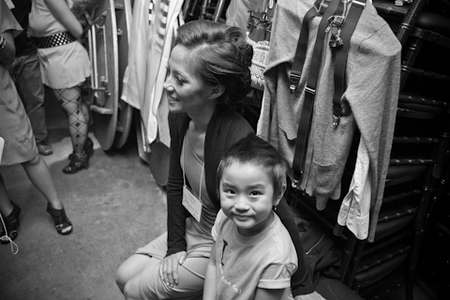 Oklahoma designer Khamphian Vang, 31, was attending her first show in Minnesota and applied after she heard about Fresh Traditions from friends. “I am originally from Wisconsin,” she said. “I just live creatively. Fabric is my passion.” She said she had thought about auditioning for the Project Runway reality show, but heard that it was a very intense environment.

Vang’s collection, called “Sparrow,” focused on shapes, ease, and comfort. Most of her models wore their hair in an up-do with intertwining braiding. “I knew I wanted their hair up in a bun, and the braids were added for texture.”

St. Paul designer Xee Vang’s line, called “Refined,” was described as “modern with vibrant colors and embellished designs.” She said her mother is her mentor and inspired her to design. “She is very supportive of me. I learned a lot of sewing and tricks from her.” She said that coming from the Hmong culture she has seen how Hmong people do their embroidery and incorporate all the different colors.

Xee Vang’s challenge piece was a contemporary outfit with a puffy, ballerina-style skirt and the top had the required five traditional Hmong fabric attached to the sleeves. It was a clever blend of traditional and modern.

Kathy Mouacheupao started Fresh Traditions four years ago and said the event has gained a reputation as people have discovered it.

“There is more of an interest in it for the models and the designers,” she said. “After the first year, we realized that there was actually a need for it because there are a lot of people within the Hmong community that are interested in fashion and so that’s why we decided to continue doing it. It’s been a really effective way to showcase the different designers and the different talent that’s in the community.” 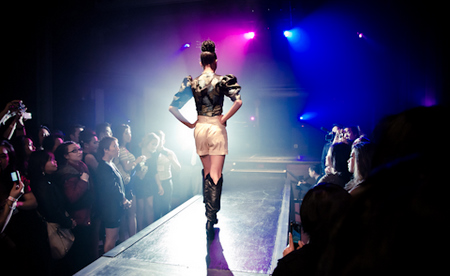 Funds raised go back into the show, which is entirely run by volunteers, said Mouacheupao. Some of the other volunteers included a model coordinator, make-up artist, hair coordinator, stage manager, and design consultants. CHAT is a Twin Cities based non-profit that “exists to nurture, explore and illuminate the Hmong American experience through artistic expressions.”

According to St. Paul’s Hmong Cultural Center‘s “Hmong 2000 Census Publication: Data & Analysis,” among U.S. metropolitan areas, “by far the largest Hmong population lived in Minneapolis-St. Paul (40,707).” The analysis also found that the 2000 Census data showed that the U.S. Hmong population is skewed very young. “The Hmong are the only ethnically based population in the 2000 Census to have a median age under 20.” This fact was reflected in the predominantly young crowd at Fresh Traditions.

At the end of the show, all the traditional Hmong pieces were highlighted together on the runway, the stage, and a media showcase. “If you look like [the models], you’ll get married for sure,” Jeff Xiong told the audience. 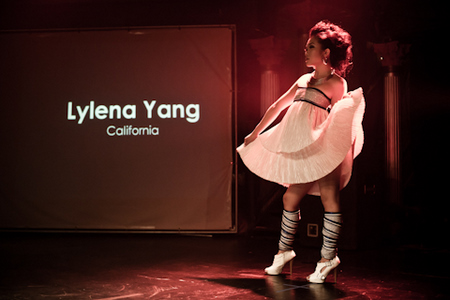 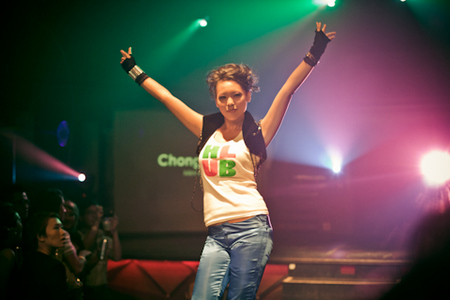 (Above and below). Minnesota designer Chong Moua specializes in graphic arts and design. Her collection, called “Hlub Hmoob,” featured Hmong youth and heritage. 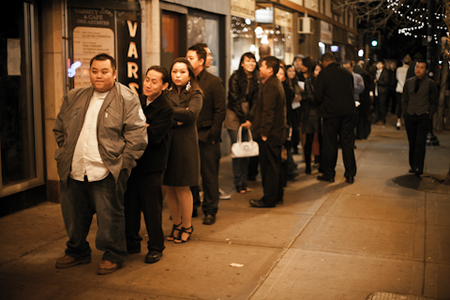 (Above) The crowd started gathering at the Varsity Theater hours before the show began. The event was created and supported by the Center for Hmong Art and Talent. 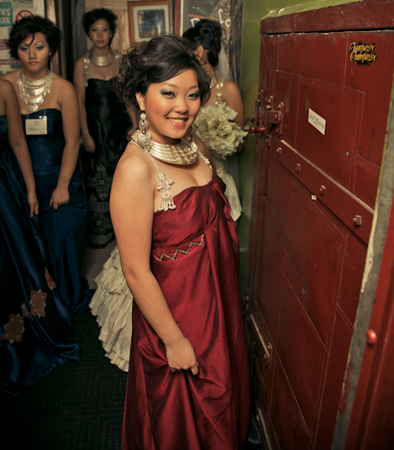 (Above) Models wait in the dressing room after getting hair and make-up done by volunteers in the industry. 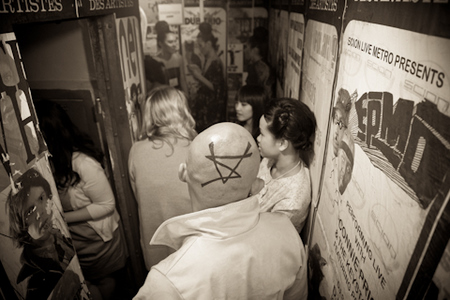 (Above) A model waits his turn for the runway. 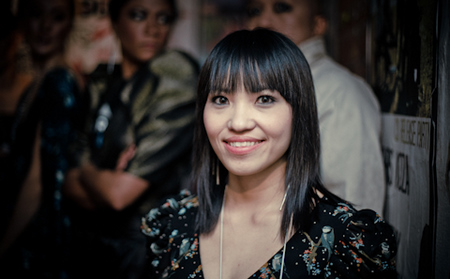 (Above) Oklahoma designer Khamphian Vang said fabric is her passion. 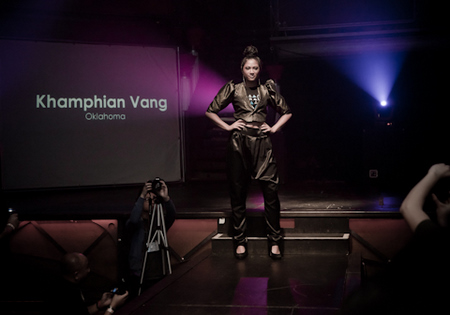 (Above) A piece from designer Khamphian Vang’s collection, which she calls “Sparrow.” 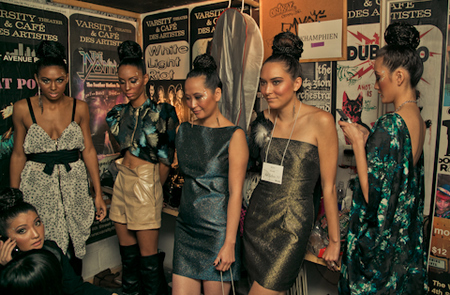 (Above) Models with up-do hair and braids added for texture wait in the dressing room to showcase Khamphian Vang’s collection. 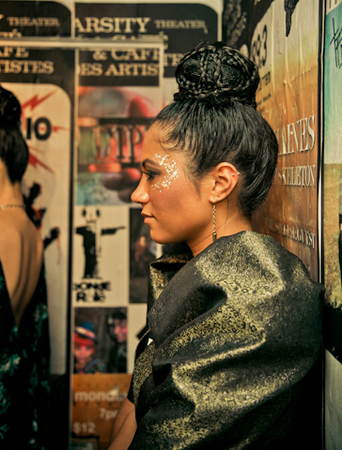 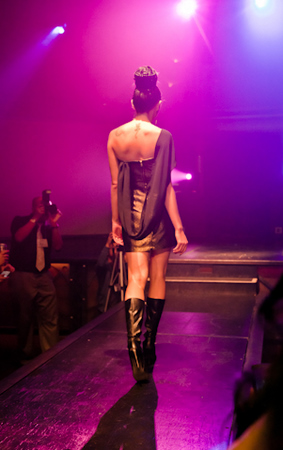 (Above) The finished look takes to the runway, in a piece by Khamphian Vang. 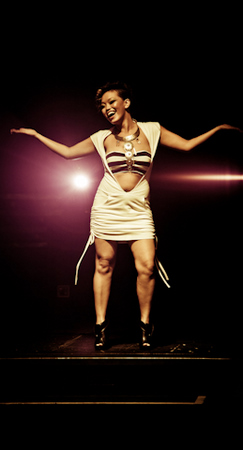 (Above) The audience and models enjoyed the high-energy show. 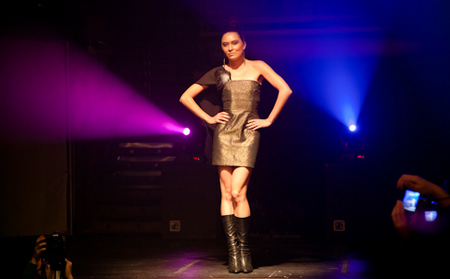 (Above) A model pauses at the end of the runway. 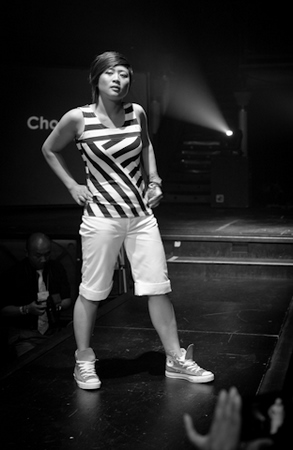 (Above) Designer Cho Moua wants to “inspire Hmong youth about their history and heritage.” 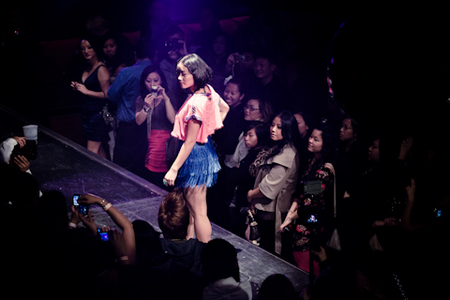 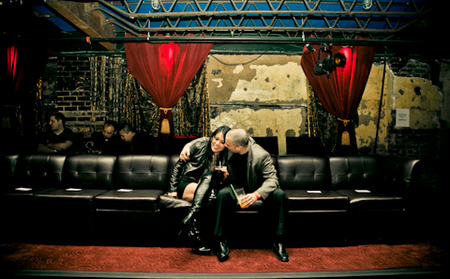 (Above) The Varsity Theater has been the venue for Fresh Traditions the past two years. Here, a couple after the show enjoy the leather seating. 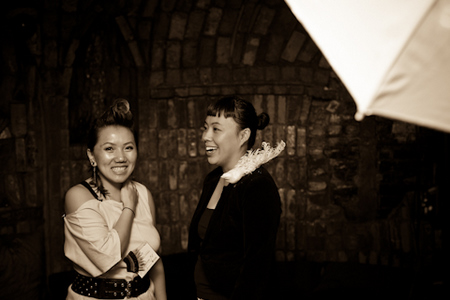 (Above) A model and designer relax after the show. 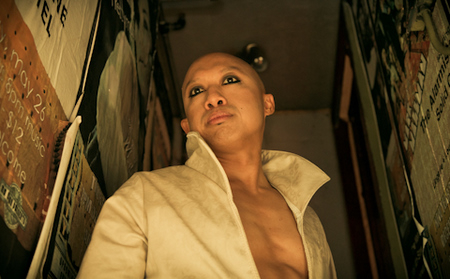 (Above) A model gets ready to go on the runway. 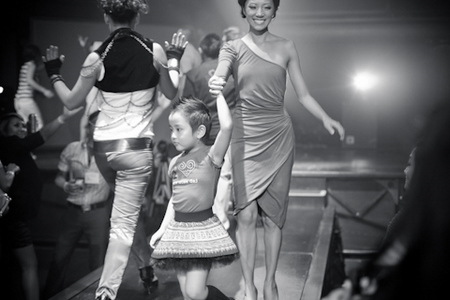 (Above) Designer Chong Moua’s grand finale on the runway. 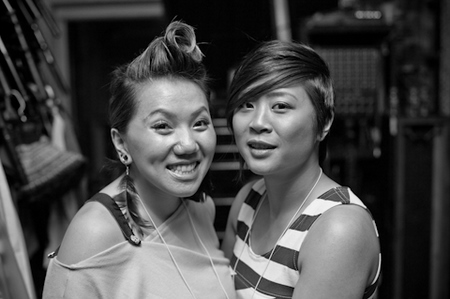 (Above) Models backstage wait for their turn on the runway. 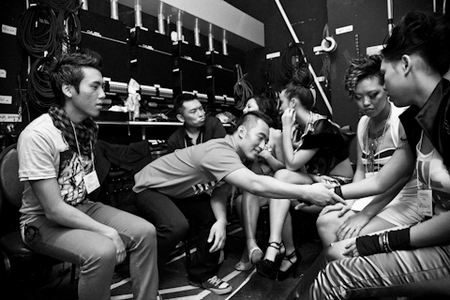 (Above) A model backstage checks the time. 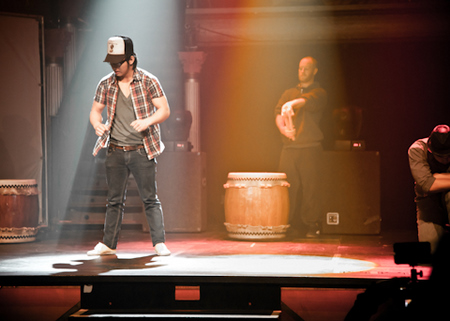 (Above) Fresh Traditions opened with a hip-hop act. 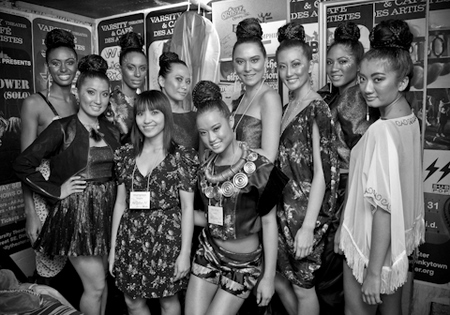 (Above) Designer Khamphian Vang (middle) poses backstage with her models.