It’s summer, and time to talk national budget! No, not here in the USofA – we haven’t actually bothered to have a real budget in 3 years or more. We’re talking about France, a nation with a bold new Socialist government and determination to move ahead into the future. A future full of socialist visions of strong growth and commitment to reducing the deficit … wait a minute …

The fun thing about Europe these days is that it provides us with endless examples of alternative ways to run things. By “alternative”, of course, we mean things that are utterly impossible to describe even as they seem vaguely familiar. Yet, in the case of France, we might be looking at something like the future if we do manage to get a Democratic US House in the next election along with a second term for Obama. It only gets weird when you think of the left as the responsible ones who are actually trying to make things work. 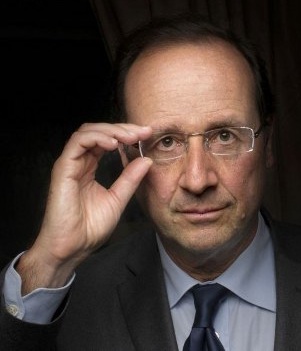 The situation is this – Francois Hollande was elected President in May and recently his Socialist Party won a clear majority in Parliament. They can do anything they want, at least as far as all the constraints of Euroland allow. They ran on restoring growth to the Euro picture and a sense of shared prosperity for everyone – something you can expect from a party that calls itself “Socialist”. What they intend to deliver in the budget proposed last Wednesday is a reduced budget deficit through increased taxes on the incomes of the wealthy, financial transactions, and a one-time hit to oil companies.

Something about this doesn’t add up, as it is nearly impossible to imagine more growth without at least some more spending. But that’s not in the cards, given the arrangements in Euroland to keep deficits under control. The new government inherited a deficit position at about 5.5% of GDP, roughly half the relative deficit of the US government but way out of line with Euro agreements. They intend to close the gap the only way a party of their position can – even if they will never make good on their call for more growth this way.

Austerity is never any fun.

The progress of this government and its budget is interesting because the situation is not that different from the one here. Granted, we have less reliance on government as a share of the economy (a full 56% of France’s GDP) but we have much more deficit to trim even without Euro agreements over our head. Growth? How do you inject a measure of growth into a budget that is already deep in the red and nothing is happening?

France is dealing with their situation in the best way they can, but it’s clearly nowhere near adequate – especially from the perspective of campaign promises for more growth and opportunity. It’s nearly impossible to see this working out as anything but a holding pattern that will eventually expose a division between old fashioned left-winged socialism and its pale modern reality as a party in power desperately trying to hold on and make something work.

Our Democratic Party is in a very similar position. Our federal deficit has been something like candy over the last decade, injecting a constant stream of stimulus into an economy that careens between being hopped-up and crashing. What we need is a balanced diet and plenty of exercise, but we first have to get off of the couch and make something happen. Stimulus? We’re over-stimulated and still incapable of functioning in any kind of productive way.

If the Democrats do sweep into power in November, a possibility that remains out there, we would probably see something similar to what the Socialists are trying to do in France. No one can say what Republicans would do should Romney win, given that he has made a point of not talking about his plans. But we do have a sneak peak at what one side would probably wind up doing, and we’ll get to see how it plays out in advance.

It’s not likely to be good. France, and the whole Eurozone, is telling us something we probably don’t want to hear. That is, of course, if we actually talk about a budget at all.