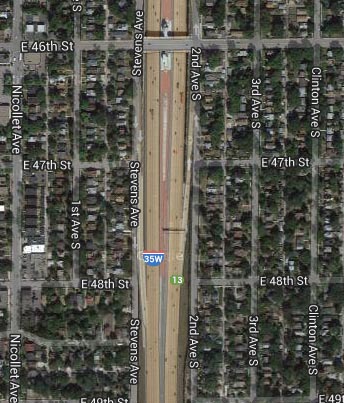 Following up on a couple recent posts, with the definition of “recent” being arguable in one case:

In a recent post on the two charter amendments on the ballot in Minneapolis, I spent most of the post on the increase in election filing fees because I understood that issue, but had to leave readers with just the text of the food requirements for wine licenses because it was Greek to me. Or French or Californian, I don’t know what kind of wine it was. Minnpost has an article explaining it. Essentially, the city council and the charter commission felt that the rules for restaurants that serve wine or beer don’t make any sense given changes in the restaurant industry, especially as regards craft beers. The council passed a replacement ordinance unanimously, and removed an archaic ordinance, but some rules are in the city charter and thus the need for a charter amendment. It probably seems ironic if you’re a conservative that this liberal city coucil is acting to simplify and modernize regulations to encourage business development. I’m going to vote “yes” just to watch some conservative heads explode. Feel free to drown your sorrows in a craft beer at a Minneapolis neighborhood restaurant.

OK, I’m actually going to vote “yes” because it seems like it should be good for the city. The metaphorical explosion of conservative heads is just a happy side effect.

The post of arguable recency but deserving of an update was my suggestion that we should put a roof over our freeways. Crazy idea. What was I thinking?

Really, turn a freeway into a tunnel? Who would want to build on top of that? It’s probably not even feasible engineering! Now comes the point where I drop the snarky tone and quote something supporting my argument:

That’s the message city planners hope comes back from a study on the possibility of roofing over Hwy. 100 at W. 50th Street.

By decking over the busy north-south highway — which handles more than 100,000 vehicles a day — the “Edina Lid” would create about eight acres of developable land that could be used for housing, retail and community space.

In addition, it would act as a massive link bridging the east and west sides of town, a goal that city officials have long pursued.

“It’s definitely one of those hyper-ambitious — some might say crazy — ideas,” said Bill Neuendorf, Edina’s economic development manager. “But it addresses a challenge that’s been discussed for years: How do you get across Highway 100?

“With this lid concept, it addresses that goal in a way that really transforms that neighborhood. It takes it to a whole ’nother level.”

Just to not assume everyone knows local geography, Edina is a first tier suburb of Minneapolis. Edina is split by Highway 100. They’re talking about a quarter mile, which was a bit clearer in the print edition of that article thanks to a graphic. Why not in the web edition? Anyway, it’s not the whole freeway let alone all freeways in Edina. It’s a little fraction of the size of what I suggested for Minneapolis, but it does suggest the feasibility of cities reclaiming land that was lost to freeway construction without having to take out the freeway. Even if we just roof over selected bits of freeway, we essentially create more land. Even if we just create some green space and reconnect some streets that were cut off when the freeway was built, that’s beneficial, and it’s doable. Go Edina!

At top: Satellite photo of 35W in Minneapolis indicates how much space was lost to freeway construction.