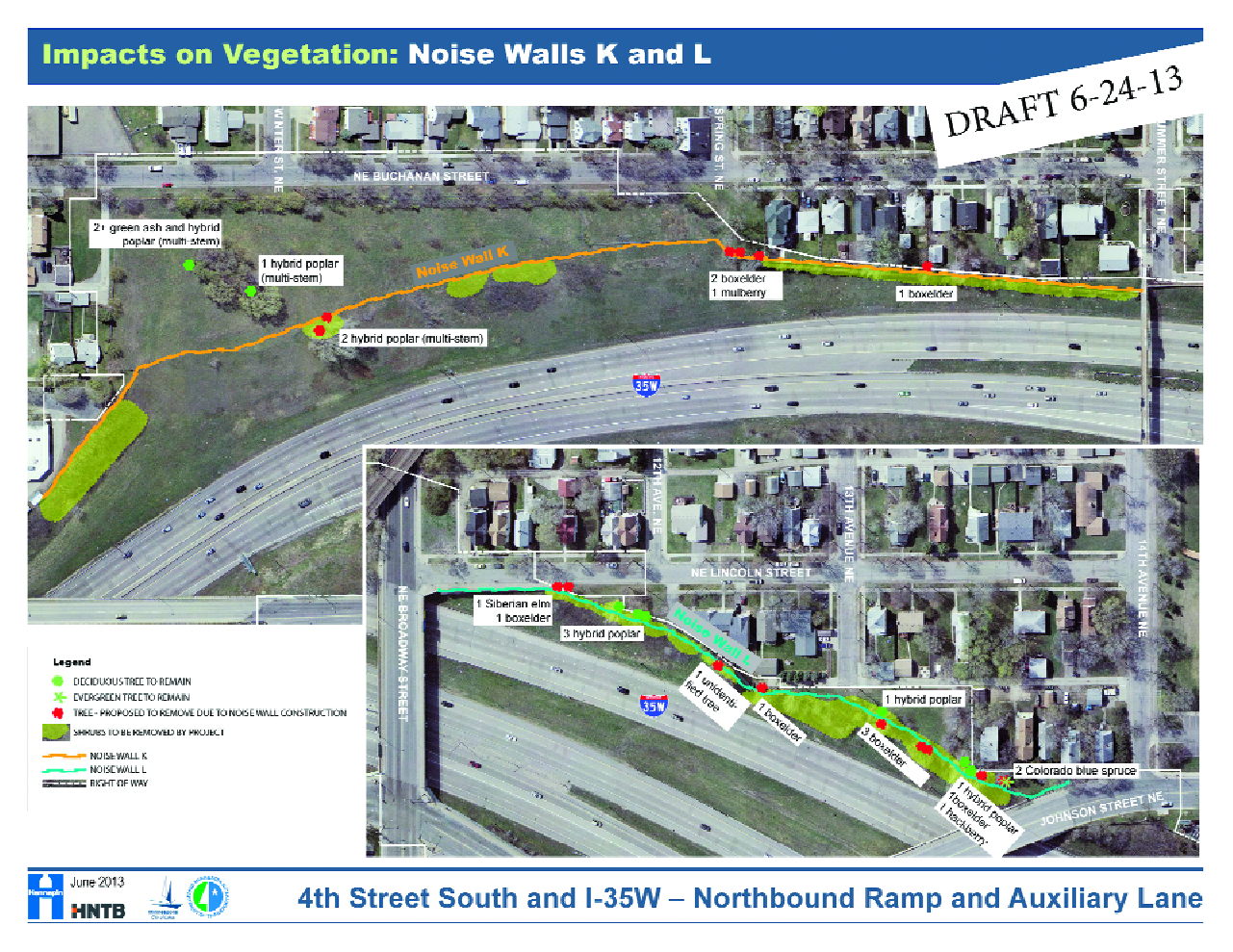 The graphic above shows the proposed positioning of noise-abatement walls K and L, and the project’s effect on vegetation in the area surrounding the proposed noise barriers. Current plans call for the walls to be 20 feet high and made of concrete posts and wood planks, similar to noise barriers recently constructed near Interstate 35W and Crosstown Highway 62. MnDOT’s Scott Pederson advises that the project is “evolving,” and new information is often added to the project’s web site. For more information, visit www.dot.state.mn.us/metro/projects/i35wandfourthst

State, county and city officials have set another round of public meetings on a plan to ease congestion on northbound Interstate 35W and nearby streets.

Federal highway rules require local officials to plan noise abatement in places along the project where noise barriers will make a difference for nearby residents. The noise abatement plan has to be evaluated for feasibility (will it actually reduce noise), reasonableness (“consideration of the viewpoints of the property owners and residents” affected by the barriers) and cost-effectiveness. Officials have developed a voting procedure to gauge residents’ opinions on the noise barriers; they plan to describe the procedure at the public meetings.

Scott Pederson, project manager for the Minnesota Department of Transportation (MnDOT), said, “We agreed to take a step back…take another look.” The project is now scheduled for 2014.

Three meetings are scheduled, with plans to discuss each neighborhood’s issues at a meeting near that neighborhood:

The proposed noise barriers that most affect Northeast are called Wall K and Wall L. Wall K is planned the west side of 35W from approximately East Hennepin Avenue to Summer Street NE. Wall L is planned for the west side of 35W from approximately Broadway Street NE to Johnson Street NE. Pederson said the walls are planned to be 20 feet high, built with concrete posts and wood planks. They will be similar, he said, to the noise barriers near the junction of 35W and Crosstown Highway 62.