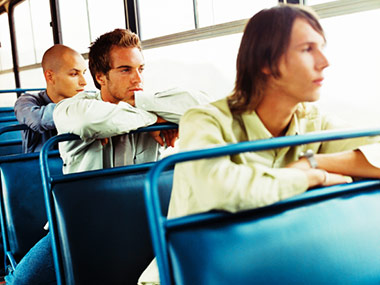 It was interesting, and a bit bemusing, when Michael Bloomberg, mayor of one of the world’s most transit-rich cities, opined last fall that in a perfect world, transit should be free and driving should carry a direct fee. Hizzoner doesn’t run New York’s subways and buses, so they still charge fares, but his idea is catching on elsewhere, especially in Europe, but also a few places stateside.

Tallinn, the Estonian capital that is larger than any city in Minnesota, recently dropped fares for residents who buy bus passes, but still collects from out-of-towners. A couple of smaller cities in Belgium and France have gone fareless, but Guagzhou, China, abandoned its fare-free plan.

In the United States, free transit is mainly found in rural areas and small cities where bus service is limited and infrequent. An exception is Chapel Hill, N.C., which went fareless in 2002 and more than doubled its annual ridership to 7 million. Chapel Hill Transit is now the second largest system in North Carolina.

Dropping fares eliminated the $15,000 cost of fareboxes on each of Chapel Hill’s 99 buses as well as route delays caused by collection. Advertising costs and low-income ridership assistance went down or disappeared.

Of course, as with lunches, no transit is really free. Somebody pays. Chapel Hill Transit’s $19.5 million annual budget is borne by a partnership of the University of North Carolina, two cities and the state and federal governments. System leaders don’t even call it “free.”

“We look at it as a prepaid fare program,” interim director Brian Litchfield told the Atlantic Cities. “So while there’s not a fare to get on the bus, it’s definitely not a free system.”

Fareless transit made sense for Chapel Hill because its farebox recovery barely reached 10 percent of operating costs (it’s well over 30 percent for the Twin Cities’ Metro Transit) and the university was willing to underwrite more than a third of the costs. Also, while cutting the price for boarding to zero, the system expanded service by 20 percent and the city and university tightened parking on the congested campus and downtown.

Minnesota State University-Mankato made a similar commitment to free transit for students, and the ridership results were astounding. More of Minnesota’s transit agencies should look into this growing trend, which increases public mobility and access while reducing traffic congestion and vehicle pollution.