Halloween is coming early to Mpls/St Paul with the public appearance of scary torture alchemists, John Yoo and Robert Delahunty, at St. Thomas University School of Law (or is it School of Torture?) this coming Thursday, Oct 7. Delahunty and Yoo, while working in the Office of Special Counsel for the Justice Department in the Bush administration, wrote key documents that paved the way for the routine torture of prisoners which has alarmed and shamed many of us. One of the key documents was the infamous memo, written by Delahunty and Yoo that claimed that the Geneva Conventions did not apply to the new kind of war against Al Queda and the Taliban.  Thursday’s symposium, on the subject of Presidential Power, runs from 10 AM to 5 PM. It is free and open to the public. There will be two Halloween torture protest parties outside St. Thomas Law School, one at 11:30 AM to 12:30 PM and another at 4:00 PM. We hope that many grotesque torture victims, ghosts of people who have been tortured to death, and even some torture monsters will show up, along with ordinary people who want to say no to the people and to the institutions which have tried to legitimize torture. 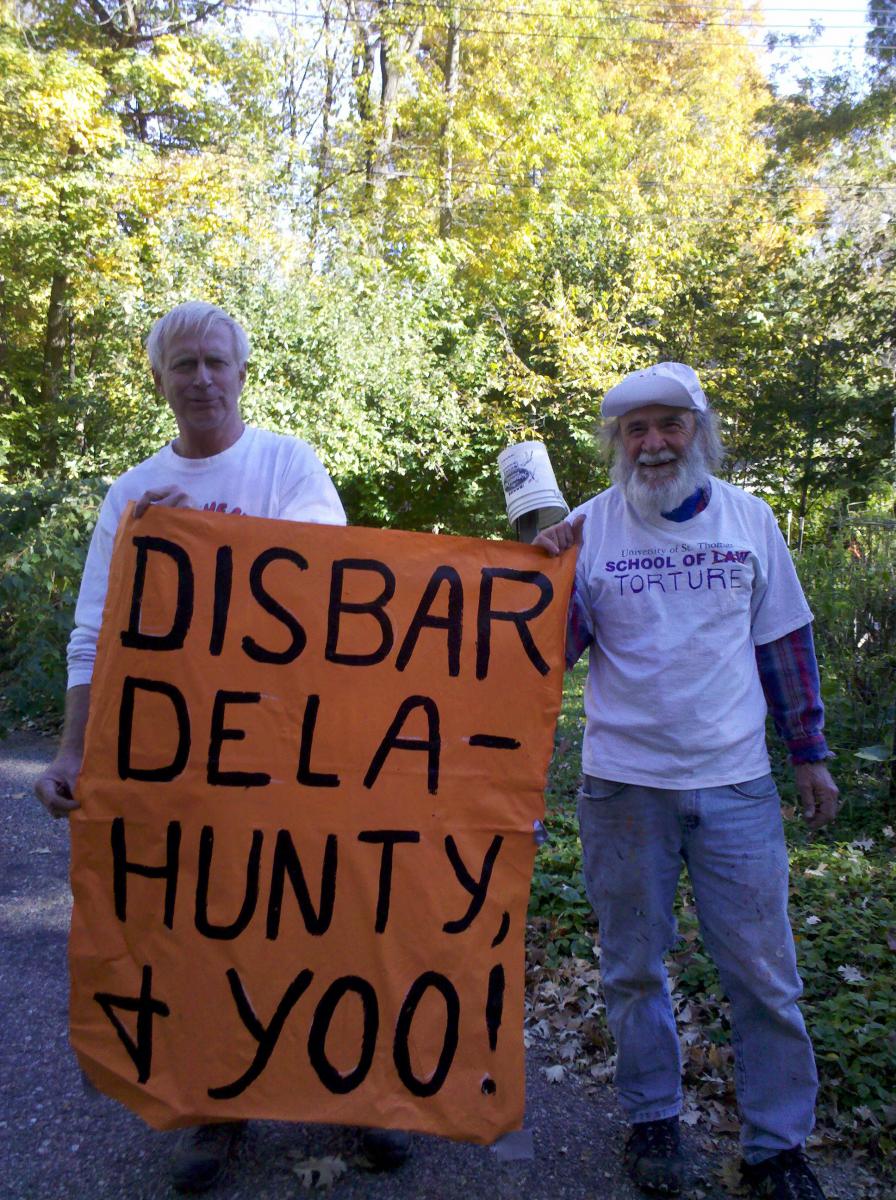