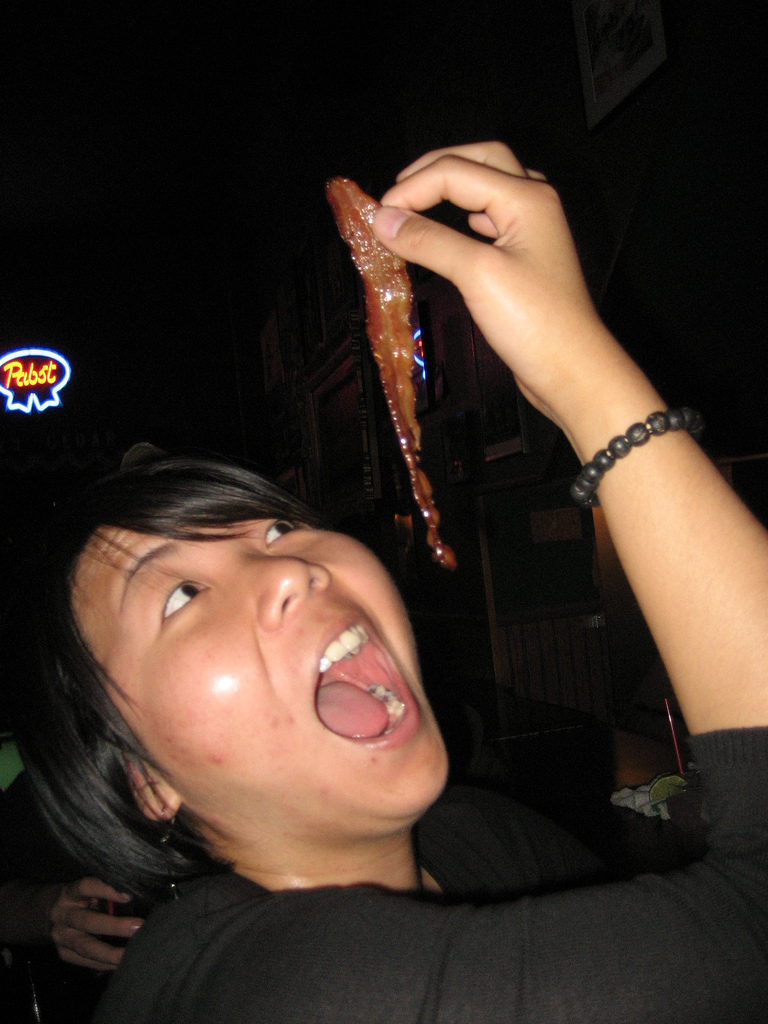 A phone call to the Triple Rock Social Club confirms the truth of a policy just announced on the club’s Tumblr: Free Bacon Wednesdays have come to a close. “Yeah, it kind of comes out of nowhere for me too,” said the guy who answered the phone, “but it just came down: no more free bacon.” Per the Tumblr post:

“Sorry guys, the free bacon Wednesdays have been cancelled until further notice, it’s nothing personal, no phone calls need to be made, and the cops don’t need to be called for the love of bacon. Bacon will still be an option on the menu for entrees.”