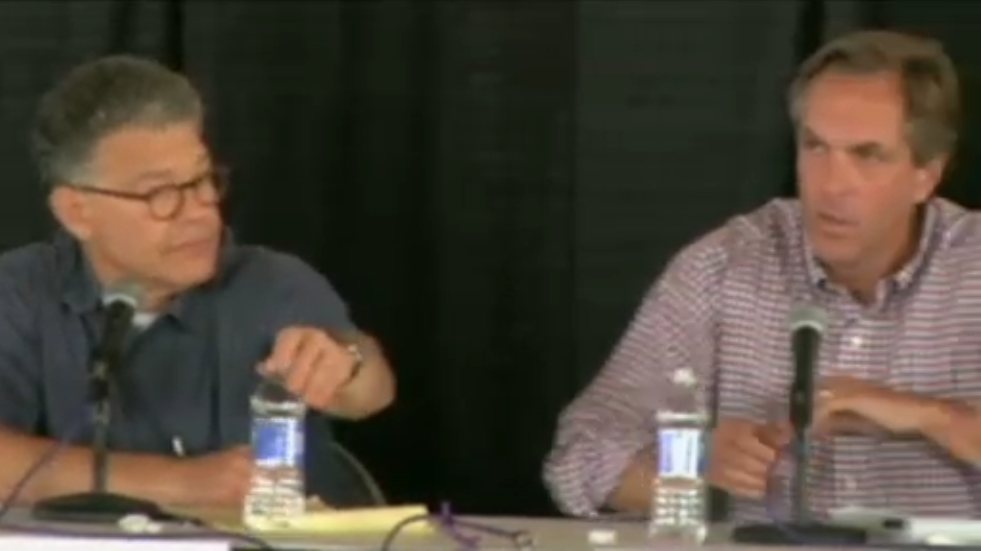 Senator Al Franken’s campaign announced today that there will be three more debates between Democrat Franken and Republican challenger Mike McFadden before the November election.

The Additional debates include an October 14 debate in Duluth sponsored by the Duluth News Tribune and the Duluth Chamber of Commerce, and a November 2 Minnesota Public Radio debate at the Fitzgerald Theater in St. Paul. WCCO-TV will also host a U.S. Senate debate at a date yet to be announced.

Franken and McFadden first debated at Farmfest on August 6. The video of that debate can be found here. The Farmfest debate included three other candidates: Republicans Jim Abeler and David Carlson as well as Independence Party candidate Kevin Terrell. McFadden defeated Abeler and Carlson in the August 12 primary. Terrell lost in the primary to Steve Carlson who will be on the November ballot with Franken and McFadden.

Franken’s campaign noted that four debates is the same number of debates Senator Amy Kobuchar had against Republican Kurt Bills in 2012. McFadden had asked for six debates. Four debates is still fewer than the number Franken had with U.S. Senator Norm Coleman and Independence Party candidate Dean Barkley. The trio debated at least six times including their August 5, 2008 debate at Farmfest.

If you’re a complete political junkie we have video of five other debates between Franken, Coleman and Barkley. They are: