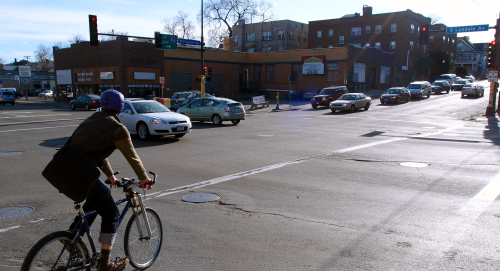 I attended a Lowry Hill East Neighborhood Association meeting about 7 weeks ago (cancel the BREAKING NEWS alert). There was one topic: a new mixed-use development for the corner of Franklin and Lyndale. I went in with a point of view, but an open mind regarding the opinions of my neighbors–of whom I generally have high regard. A project of the proposed scope and purpose, on the most unpleasant corner in the neighborhood seems, to me, the farthest thing from controversial.

We should discuss refining the proposal; let’s make it better; and let’s protect neighboring properties from construction damage. Those issues are easily resolved. But, listening to the opposition, it seems their primary concern is shutting the door on new residents–whether that means killing the project entirely, or knocking a few floors off the top. They are, simply, anti-growth.

The majority at the meeting–a fraction, of a fraction, of the neighborhood itself–were loud and angry in their opposition to everything (first rule of politics: angry people show up for meetings). Of course, there are issues about which we may legitimately be loud and angry. If a politician or developer is on the receiving end of a rude shout once in a while, that’s politics (the opposite of beanbag, they tell me).

Alarmingly, the us vs. them posture wasn’t just aimed at the developer. It was directed, in part, at people like me. A pro-development comment from a younger guy was met by a gray-haired man with an accusation of renter! An innocent reference to an apartment building by the developer was showered with an agitated chorus of It’s a condo! The new buildings by the Midtown Greenway were inexplicably referred to as disastrous housing projects (Really? Like, Cabrini-Green… ?).

I can take a hint–for this particular cohort, I’m a second-class citizen. I live in a building with lots of other people, and I’m not currently paying down a massive bank loan. But, let me assure you, this doesn’t mean the Bloods and Crips are selling drugs in my hallway.

As I said, this was my first neighborhood meeting, so the tenor of the room reinforced an already strong inclination to hold my tongue and observe. But let me tell you what I would have said if I’d had the guts, the eloquence, and a filibuster’s worth of floor time to say it. 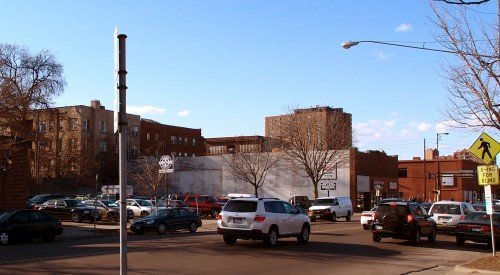 The Wedge stands to lose this building and the adjacent parking lot–while gaining some residents and commercial space.

Renters are a super (duper) majority in Lowry Hill East, and in most surrounding neighborhoods. As of the 2010 census they were 80% of households, and that number has surely grown as a result of construction along the Midtown Greenway. Renters don’t show up to meetings, and are therefore not represented by neighborhood groups. Perhaps because of that under-representation, renters have become a scapegoat for everything that a previous generation of residents hates about their neighborhood. Listening to the barely-contained fury of some longtime residents in that school library, I wondered, Knowing this neighborhood as it is today, would they choose to live here?

Breakdown by household type of census tract 1067 roughly corresponding to Lowry Hill East. The portion of LHE along Greenway–which has even greater share of renters–is not included.

I’m a renter. I didn’t end up here by chance–I chose my neighborhood for a reason. I walk, I bike, I take the bus–exclusively–snow or shine. When the sidewalks are paved with ice, I’m still walking for groceries. When the streets are blocked by wind-toppled trees, I’m still biking downtown. And when the stops are covered in snow piles, I’m still busing. I chose this neighborhood because it provides the amenities that suit my lifestyle. And that’s a big reason why people will continue to choose this neighborhood.

I’m not hogging the roads or the publicly funded street parking. When I patronize a local business, I take the sidewalk. I don’t stumble loudly home from a bar at 2 am. I’m not destroying the neighborhood culture because I live in a building that’s marginally taller than the house next door. Most importantly, I’m quite fond of my neighbors; this is a great place to live and they’re a big part of that.

To my neighbors who are skeptical of development; longtime residents; the mortgage-payers and the renters: consider for a moment that the new and future residents of Lowry Hill East might look more like me than yourselves. There goes the neighborhood, right? I’m sure the differences between us aren’t so large that both sides can’t hope for a similarly high quality of life. Which is why it’s so hard for me to fathom the fear and anger I saw at that meeting.

For a fuller look at the parade of unfathomables, tune in tomorrow for Frank-Lyn II: Electric Boogaloo.

At top: The disputed territory of Franklin & Lyndale.