The Benson Great Hall at the Bethel University was decked out with 11 upright basses and one piano on Tuesday night. Only ten of the basses were not actually upright but resting on their sides for most of the concert. It set a stage for double bass virtuoso François Rabbath and his son-accompanist Sylvain Rabbath on piano.

The music was amazing, but even more amazing was the demonstration of admiration and love from father and son, for each other, for the music, and for the experience. They played as if they were chasing each other around a music sheet. Each song told a story, painted a picture from a set moment in history. François has been a part of history playing with and influencing musicians such as Quincy Jones to The Beatles, Charles Aznavour and Edith Piaf to Duke Ellington and Ornette Coleman.

François began the show with Poucha Dass, a song he noted was reminiscent of Ravi Shankar. There was a rhythmic undercurrent with the bow while his fingers sang. Somehow the bass sounded like a sitar.

His son is also an accomplished musician with a classical piano diploma from the Paris Conservatory and working on a degree from the Nadia and Lili Boulanger Conservatory in Jazz Performance and the influence of jazz is evident. There was a hint of retro jazz cool and some newer songs that fit right into the repertoire of music on the radio today.

François spoke about recording five concertos, and played Concerto No. 3. It’s a tale that runs from lyrical to long improvisation to dance rhythm and a return to the final chord. It was a performance that caught the breath of the audience and just began to prepare us for the final piece when the resting basses stood upright in the arms of students. If he is a virtuoso, he’s twice that as a teacher.

Originally from Syria, François taught himself to play the double bass. When his family moved to Lebanon, he declared that he was the best double bass in Beirut. He eventually went to the Paris Conservatory for music. From there he went onto innovate new finger holds and pivots in the finger play of the instrument. His hand races up the instrument like a spider. It’s that passion and technique he passes into “his children” and that was the star of the show on Tuesday night as 10 students lifted the basses around the stage and played for their teacher who burst with pride. 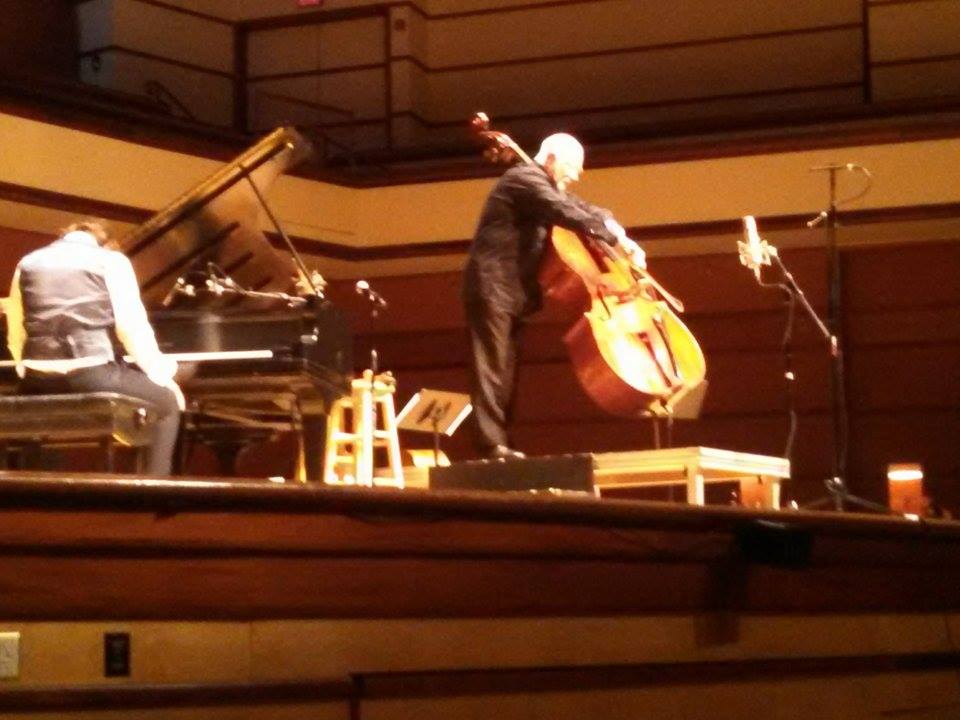 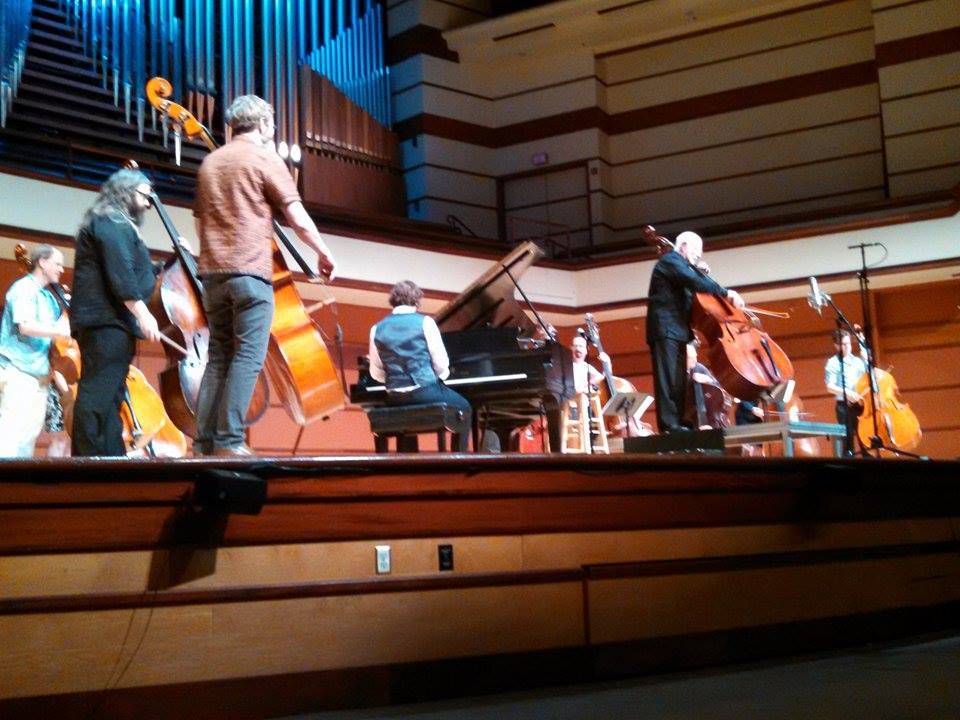 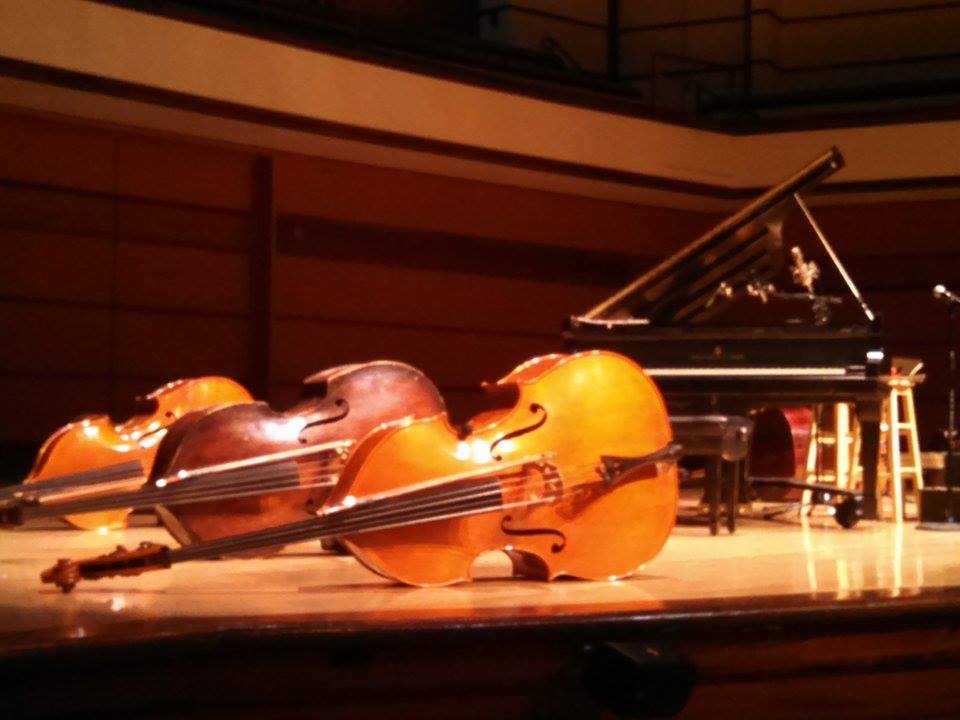