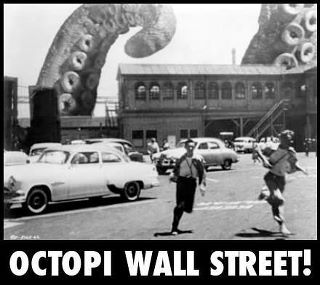 I’m going to further discuss some issues with my previous post, on the topic of putting a permanent end to the despicable reality of conservatism, that stinks in the nostrils of everyone. In this one, I want to focus on:

The ultimate goal, of course, being to persuade voters to elect the kinds of politicians that will, for example, not even allow corporate lobbyists into their offices, except to smack ’em upside their sorry heads and tell ’em to get lost for good. (That last part is just meant to be funny. This blog, or at least this particular blogger, doesn’t do incitement to physical aggression. But, you get what I’m talking about, as far as the need for a new attitude in the halls of power, goes.)

I think that it’s safe to say, that there’s at least as much anger and disgust, with how things are, these days, on our side, as there is on the hard right. It’s a different kind of a. and d., namely, reality-based, which may make it more realistic to direct it to efforts to reach persuadable voters.

There is a big, big disconnect, between what a great many people believe, socio-politically, and what is at all consistent with reality. It’s no secret that, especially on issues like tax fairness and the environment, polls show the public heavily on “our” side. Yet, when asked to assess matters overall, they’re not. For example, in this poll, from about a year ago, only 9% of respondents agreed, with the majority of those likely to be reading this, that President Obama needs to govern “more to the left.”

At a glance, that doesn’t make much sense. Part of the explanation, is that so much of the public is just plain uninformed, deliberately or otherwise. The following chart came to my attention via this great blogger. 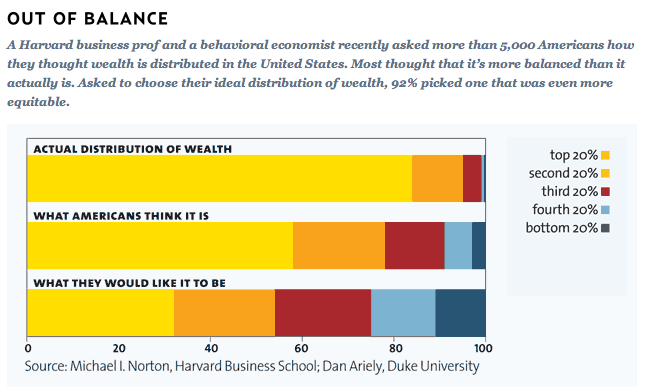 Our side clearly isn’t getting through to the public mind, with the same old center-left platitudes and patient efforts to “inform,” however well-meaning. And I, for one, refuse to just start lying, no matter how well it’s worked on the right. So, what can we try?

Suppose, and this is very, very much a hypothetical, I manage to get myself invited onto corporate media, TeaNN or something like that, to be a participant in one of those all-but-scripted, 60-second one-on-one “debates.” My intent would, in fact, be to try out a more “aggressive” approach. So, after the Heritage Foundation hack on the other half of the split screen quit flapping his gums about the need for more “tax cut stimulus” for billionaires, I go way off-script and tell him to go stick his ugly mug back up between the rich man’s fetid butt-cheeks, since that’s where it obviously spends most of its time, anyway.

Well, that would be fun, and it would get some people’s attention, but the bit would never be shown again, and I would never, ever be invited back.

I wish that I had answers, for how to successfully breach the gates, of corporate media. All that being said, I do think that the rhetoric on the left should get “edgier.” I can think of plenty of bloggers, and commenters, here and elsewhere, that would have no problem providing that new rhetoric. Most conservative politicians, from both parties, support policies that are nothing but failed, fear and greed based idiocy, and I don’t see what’s to lose, by describing it, outright, as such.

The bottom line is that right-wing policies are hurting most voters, and hurting their kids’ futures. The right has had great success by repeating lies, long and loud enough that people accept them as truth. Perhaps we can repeat the truth, in the same relentless, and often provocative, way, and get somewhere.

The other issue that I’m noting here, is with the innate human suspicion of big change. No way do I consider evolutionary psychology to be the be-all and end-all of explaining human behavior, but it has its uses, as an analytical method. The idea, in this context, is that as long as people feel that they themselves, and those close to them, are reasonably safe from calamity, have some control over their destinies, and will get plenty of chances to pass on their DNA, they’re going to be suspicious of visions of a brave new world, no matter who is presenting them. It’s a fundamental, largely subconscious reaction, and I’m not aware of any effective way of overcoming it.

A commenter to part 1 of this, noted, hypothetically, that it might be wise, to keep some righties around, in power, so we can’t get carried away. (“Hypothetically” because we’re certainly far, at this time, from a position where we progressives get to determine who makes policy.) I get where he’s coming from: the twentieth century was horrifically replete with examples of what change-the-world megalomaniacs were willing to do, given the power.

But, when people know that they’re being screwed, they’re certainly willing to consider supporting managed, targeted change, over time. Since 1946, much of Western Europe has been able to get to a pretty good place, doing that. Certainly, rational, informed people – and there is a somewhat greater percentage of those, in society, than one might believe, looking at the headlines – are less likely to automatically retreat to the dogmatic “known.” The important thing, and some don’t seem to get this, is not to promise to fix everything, in record time. For one thing, we can’t deliver, and for another, that can push the wrong buttons, as discussed above. It’s a matter of choosing the right issues, and there is plenty of ongoing discussion, regarding that.