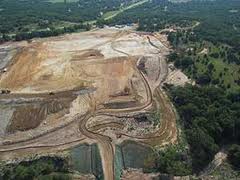 Broberg’s time at the podium eventually caused contention, and after he was challenged to stick to the recommended two-minute time limit, he responded:

“As the applicant’s representative, I have a higher level of rights on these issues,” Broberg said.

Goodhue and Wabasha Counties have adopted one-year moratoriums to study silica-sand (or “fracking sand”) issues. And while Broberg’s brand of arrogance doesn’t build trust, it’s not the reasons that the other counties are putting the brakes on the extraction of silica sand from the Mississippi Bluff counties.

It’s health, safety and other issues, not “job creators” thinking they have more rights than the rest of the country. And while Broberg may have a point if he’s actually thinking of “legal standing,” that sort of statement isn’t going to win friends in a country whose attention is increasingly occupied by the loss of power by ordinary citizens.