Bluestem has been following the case of the Erickson mine in Houston County. Last week, we posted that the Minnesota EQB tabled Erickson Mine decision; in WI, Pattison Sand Bridgeport site suffered breach in April rain.

Events surrounding the Erickson silica sand mine in Houston County are moving very fast, and citizen action is making a difference at every turn.

The Houston County Board of Commissioners was scheduled to vote at their Tuesday, June 3, meeting on approving the conditional use permit for the Erickson silica sand mine near Rushford, Minn. Approving this permit would be a violation of state law. The mine cannot be permitted while it remains under an environmental review requirement (see LSP’s earlier post on this issue, “EQB Tables Erickson Mine EIS Question,” for details). And silica sand mining at the site would require a Department of Natural Resources (DNR) Trout Stream Setback Permit. Also, there is a moratorium on silica sand mining in Houston County until March 2015. Despite all this, some Houston County staff and officials were advocating for approving the Erickson mine now. The Houston County Planning Commission voted 5-2 on May 22 to recommend approval of the permit to the Board of Commissioners, and the Board appeared ready to make this vote June 3. 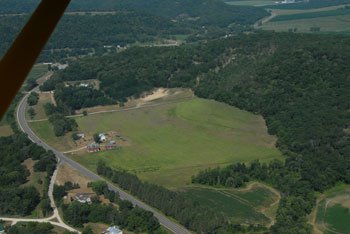 But legal action taken by Houston County citizens has stopped this silica sand mine for now, and perhaps will even stop it for good. Citizens filed a writ of mandamus with the court, which was signed by a judge on Monday, June 2. Essentially, a writ of mandamus is a process for asking a judge to order the government to follow the law. The writ requires the county to declare that the original Erickson mine permit has expired, that it cannot be renewed, and that if a new permit is applied for, it is subject to the county moratorium on silica sand mining and to all relevant state law. State law would require the site to receive a DNR Silica Sand Mining Trout Stream Setback Permit, which takes over a year to apply for and includes tough standards. Because the Erickson site is within one mile of a designated trout stream, no silica sand mining may take place there unless the DNR decides to grant this special permit.

Read the rest at the LSP’s blog.

Meanwhile, a source in North Branch reports via:

Branch Mayor Ron Lindquist is fighting to get Superior Silica in North Branch, it is NOT over. . . . Here we go again. Somehow it is being floated that MNDOT will build an overpass in T[aylors] F[alls], not so says Rick Olseen.

Those who suggested that industrial sand mining would make Southeastern Minnesota’s citizens have empathy for pro-copper mining on the Range are probably the same sorts of deep-thinking DFLers who believed e-pulltabs would pay for a Vikings Stadium.

Bluestem will leave it to the party and legislative caucuses to sing their praises, just as the Republicans so fancy mining is a winning issue for them this fall. While both parties squabble over who wins by framing this slag heap as a winning message, Bluestem expects to see more local citizens acting on their communities’ behalf at the nexus of local land use and environmental issues.

Photo: The Erickson mine location in Houston County.