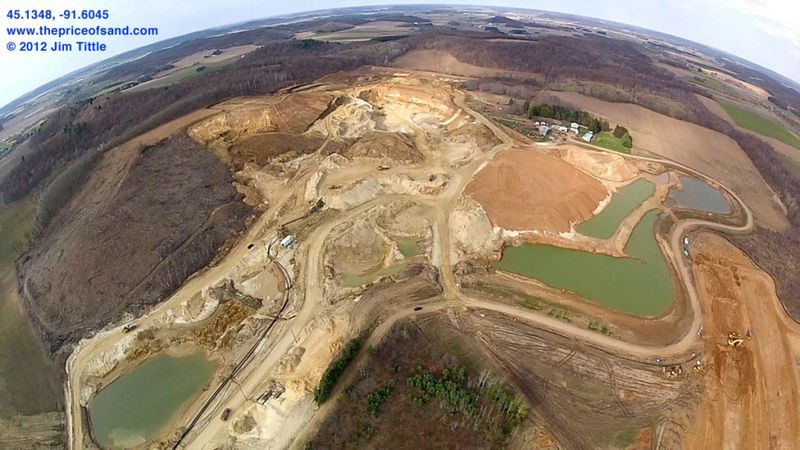 Commissioner Justin Zmyewski said residents are concerned about the potential for too much truck traffic from mining activities, as well as environmental impacts on trout streams and other natural features that make the region unique.

Check out the entire story at MPR.

Eide-Tollefson is also an active member of the Land Stewardship Project, which had recommended her appointment. The farm group has posted a report from the Citizens’ Frac Sand Summit held on January 18, 2014, in Winona.

In addition to a petition asking Governor Dayton to ban frac sand mining in fragile karst regions while instituting tough standards elsewhere in the state, the report includes several presentations from the event:

Photo: A frac sand mine in Wisconsin. (Photo by Jim Tittle. Used with permission.)