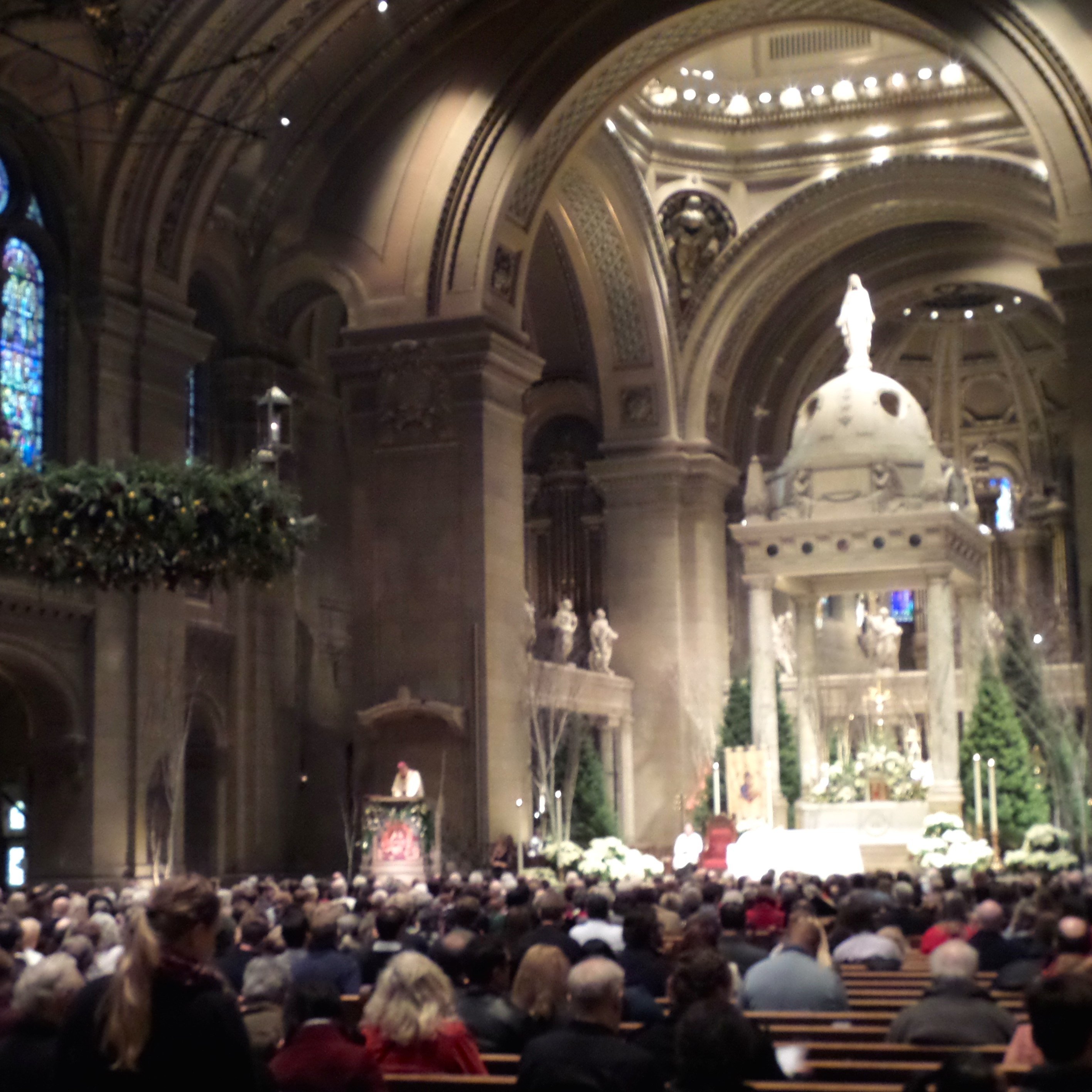 Those who visit the content of this page frequently come to realize that two of my interests are my Church, the Roman Catholic, and politics as practiced in our American society.

So it would come as no surprise that on Christmas Day I was at Basilica of St. Mary for 9:30 Mass.

This Church of mine is an endless source of curiosity (and other emotions) to many, whether Catholic or not.

Saturday morning, a regular men’s Bible study bunch was at my coffee shop. I’m not sure what denomination they are, but they would seem to come from what I’ve called “Evangelical Protestant”, definitely not Catholic. One proceeded to read from the Dec. 22 message of Pope Francis to the Roman Curia in Rome, and an interesting discussion ensued; more fascination than anything else: this Pope was shaking things up in Rome.

Like for the vast majority of Catholics, the official Church has always been a rather mysterious entity to me, over there in Rome, or even locally, in the Bishops residence, out of sight, hardly in mind except when it makes the news. Most likely I never would have paid attention to the links above cited, were it not for the casual conversation among Protestants the next table over!

But we all “feel the breeze” when something happens over there, and mostly it happens when the Pope says something and releases it for public consumption. What is obvious to the ordinary Catholic is that Pope Francis is shaking things up in Rome, and, thus, in the Catholic Church.

The Catholic Church – my Church – is an immense institution. Usually, it is said that about 1,000,000,000 people say they’re “Catholic” among the world’s total population of seven billion. As used to be said of England, “the sun never sets” on a Catholic, somewhere.

But we aren’t all alike.

Neither are the Popes. The Church is no electoral Democracy – maybe we’re governed a bit like Communist China! – but it is not at all so simple. Run of the mill “Catholics” enter and leave, as they wish. The Catholic Church is an institution of free people. In a sense, it is rigid, but at the same time it is elastic. It has to be appreciative of differences, to survive at all.

The Popes are elected by the College of Cardinals, and for whatever reason in March of 2013, they elected a Jesuit from Argentina who chose the name Francis, in honor of St. Francis of Assisi.

Recently I was at a Retreat where a retired Catholic Bishop used one of his talks to describe the three most recent Popes: John Paul II, Benedict XVI and Francis. One or other of these three have been Pope since 1978; all powerful personalities. Each were very different men, with their own gifts. The Archbishop described all of them in a complimentary way. Talented people. (The only one I ever saw, up close, was John Paul II in St. Peter’s Square in 1998. By then, his health was already very frail. He was in the Popemobile.)

The present Pope, Francis, was described as the first Pope to have been ordained post- Vatican II, the watershed renewal of the Church set in motion by Pope John XXIII in 1962. He’s also the first Pope from the Western Hemisphere; the first from what is called the Global South.

John XXIII, 1958-65 “shook things up”, too, of course. (There have been two other Popes between 1958 and today. Can you name them without looking them up? Not all Popes become household names.)

It matters a great deal who those Cardinals elect to represent the Catholic Church as Pope. They know their candidates.

When they, surprisingly, picked Francis, they were, in my opinion, picking someone to set the “tone” of the Catholic conversation going forward, and in a sense, I’d say, they affirmed the work of Vatican II and Pope John XXIII.

Already in his first year, Pope Francis has shown a willingness to stir things up, and in so doing he has set a very good example.

* – U.S. Presidents, like Popes, also set a tone for the national and international conversation. We elect our Presidents, and in so doing, we decide what tone will be set for our country during the term. Since 1958, there have been six Popes and fourteen Presidents. Relationships matter between these leaders, as they do with all of us. Most recently, of course, came news of the rapprochement between U.S. and Cuba, the Vatican being helpful in facilitating the conversation leading to the re-beginning of a relationship severed 54 years ago. 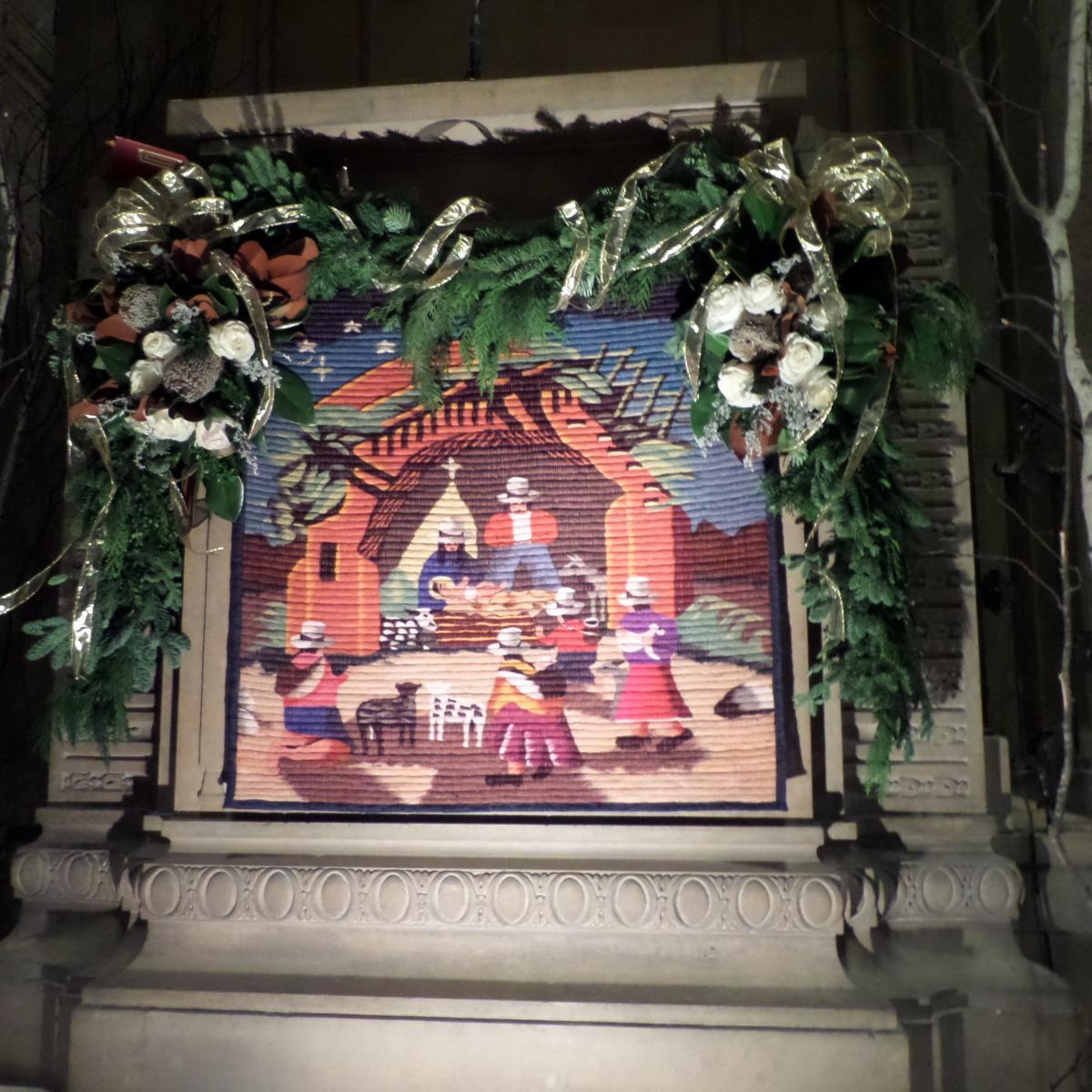 PERSONAL OPINION ABOUT THE FOUR POPES

The serious looking Pius XII, was pontiff during my entre lifetime through high school. As a youth, he was simply a somewhat dour face you’d see at the back of the church.

John XXIII become Pope when I was a Freshman in College (1958). Before college (and Vatican II), “ecumenism” was a largely unspoken term in our small towns. Catholics and Lutherans and whomever were their own islands, relationships often hostile. In college, an inter-religious council was made official, and ecumenism began in earnest in our small town.

John Paul II came along in 1978, after the very short Pontificate of his immediate predecessor, John Paul I, and earlier Paul VI, neither of particular note. JPII was a charismatic leader in his early years, especially to youth. The future Pope grew up 20 miles from Auschwitz-Birkenau Poland, and World War II, and post-war Communism, had huge impacts on him (in my opinion).

Benedict XVI is often described as one of the modern Church’s strongest intellects. To me he always came across as rigid and authoritarian; a Rome insider. His background was growing up German during the Nazi times and unquestionably he was in a profound sense shaped by those horrible times.

Francis is making his own way, with great distinction, in my opinion.