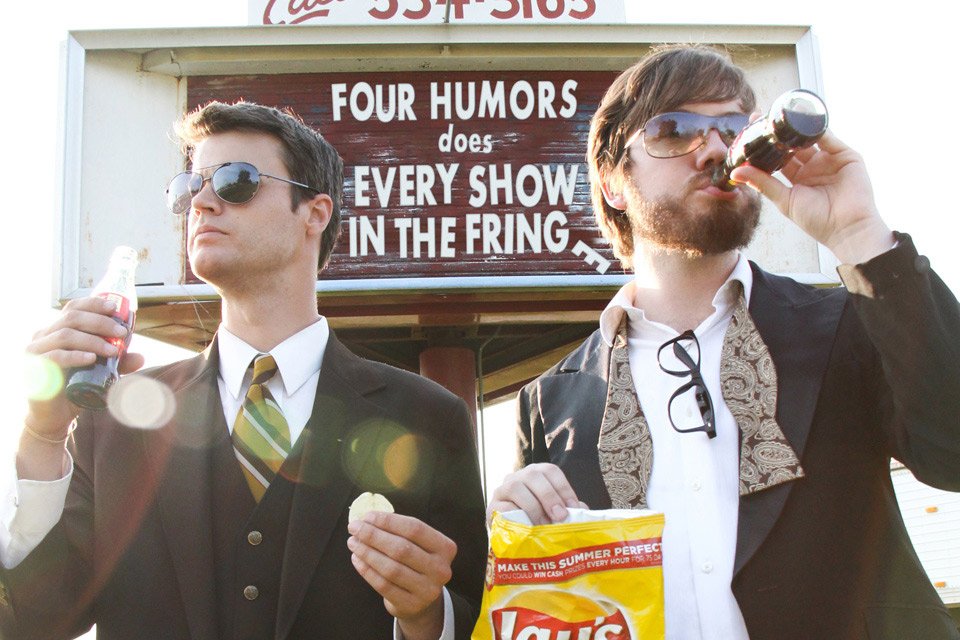 Four Humors Does Every Show at the Fringe, by Fringe perennials The Four Humors, snagged a last minute spot in the Festival after lingering on the wait list. Using the Fringe lottery ping-pong ball machine, they drew a number and proceeded to perform an improvised version of the the corresponding show. The “winner” at the show we saw was #35-Cursed, by Mark Rosenwinkel. Cursed, based on the play To Damascus, Part I by August Strindberg, describes itself as “a self-destructive artist runs off with a doctor’s wife, embarking on a surreal and mysterious journey that tests the enduring power of love.”

The Humors ran with the concept. Embracing the “surreal”, they crafted a ridiculous story that had the audience roaring with laughter. Guest performer Jill Bernard as the director (each show will have a different performer in this role) dryly improvised running commentary and insights that the Humors incorporated into the story. The off-hand comment about originally wanting to use dogs in her show evolved into Brant Miller’s portrayal of the lover/artist as a Dog-man. It was silly, and yet it retained an aura of “Strindberginess”-which made it even funnier. I’m looking forward to seeing the real “Cursed” later this week.

By the way, Four Humors, along with many other Fringe-involved artists, will be a part of the Southern’s new Art Share program. It’s a great way to see theater year-round and support local artists. Check it out!