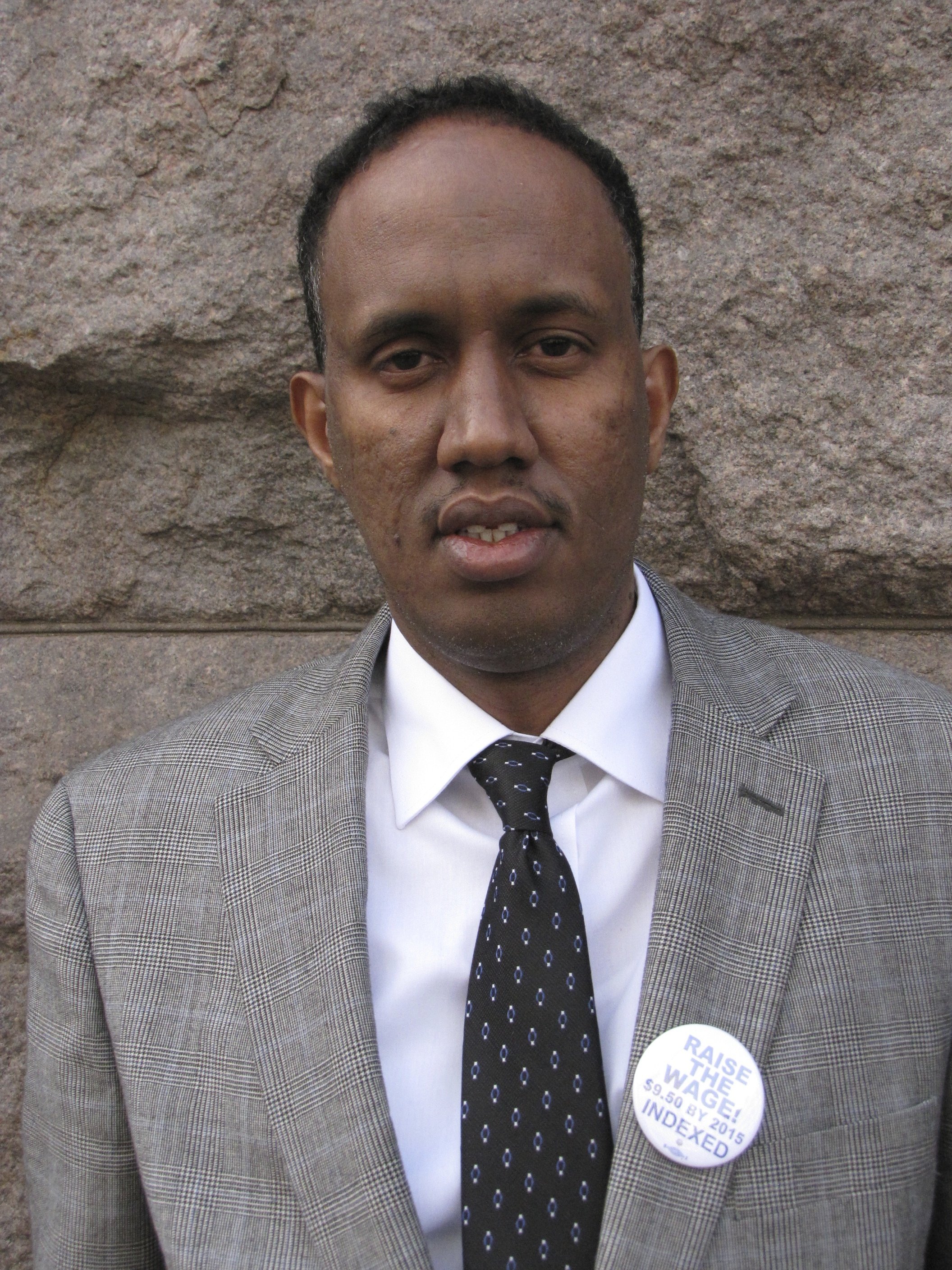 A few days after the November 2013 election, Mayor-elect Betsy Hodges visited the delegate meeting of the Minneapolis Regional Labor Federation and made a promise.

In one of Hodges’ first staff appointments in January, she picked Abdirahman Muse to serve as her liaison to labor and also to the Somali community.

Abdi Muse worked previously as an organizer for SEIU Healthcare Minnesota for three-plus years. There he worked to win collective bargaining rights for home care workers and to defeat the proposed voter ID constitutional amendment.

“No one should live in poverty in the richest nation on earth,” Muse said, explaining his passion for social and economic justice. He shared a quote from the late U.S. Senator Paul Wellstone: “We all do better when we all do better.”

Born in Somalia, Muse came to the United States with his family in 2004 when he was 22 years old. Family connections brought him to Minnesota. “I’m grateful for the welcoming nature of our state,” he said.

Betsy Hodges’ campaign pledge to address the racial inequities in Minneapolis resonated strongly with Muse. “I knocked countless doors for her,” he said. 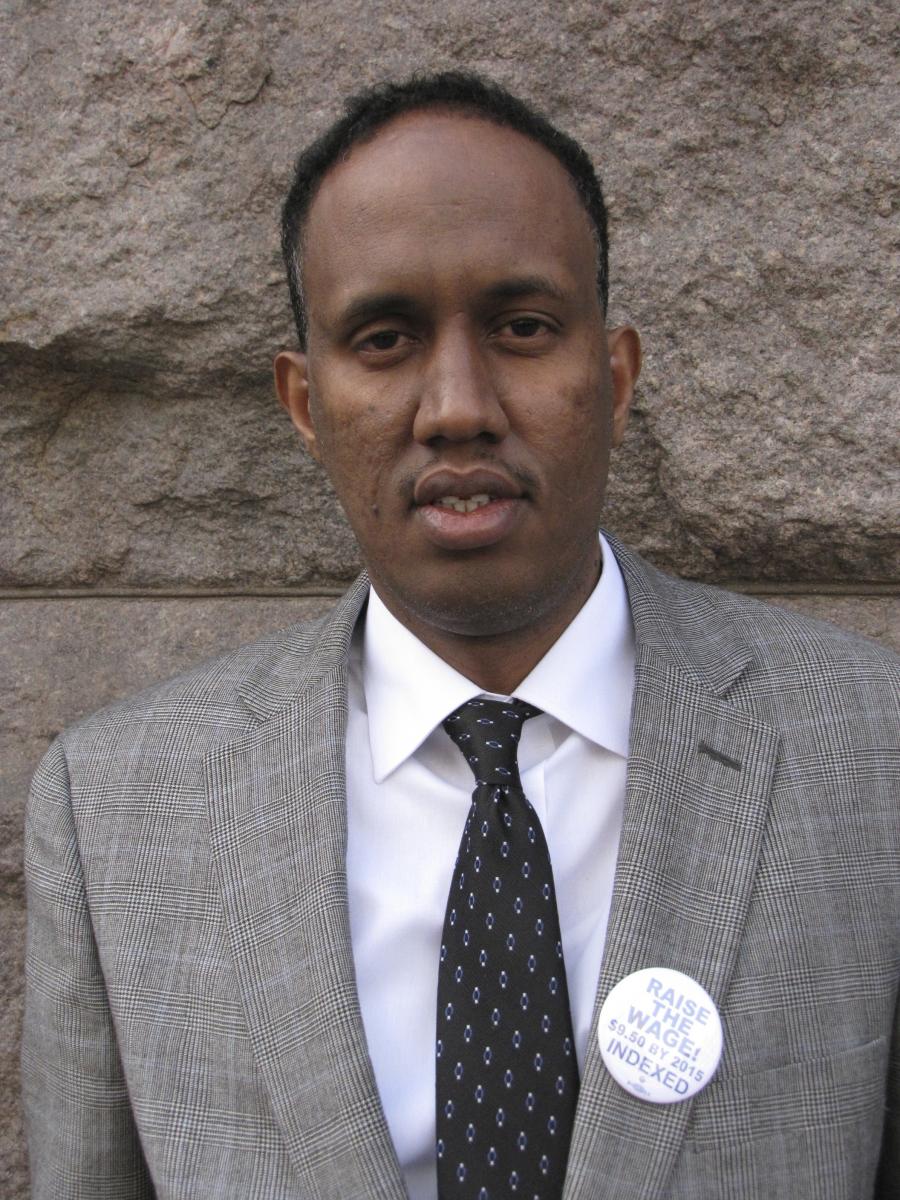 “As you know, the workforce is changing, it’s becoming more diverse,” Muse (right) said. “SEIU is one of the unions that really understands that the labor force is changing,” he said. He added: “Embracing diversity is good for the whole labor movement.”

“The mayor’s agenda for equity and the labor agenda is one,” Muse maintained.“Good jobs means union jobs.”

Muse lives in Whittier neighborhood in south Minneapolis, “one of the most diverse neighborhoods,” he noted. “I see so many struggling community members.”

“In my free time, I continue to do organizing in the community,” Muse said.

“I’d like to see the Somali community involved in local politics at the neighborhood level, where you can make an impact,” Muse said. “If you’re not at the table as an immigrant community, your issues will be left out.”