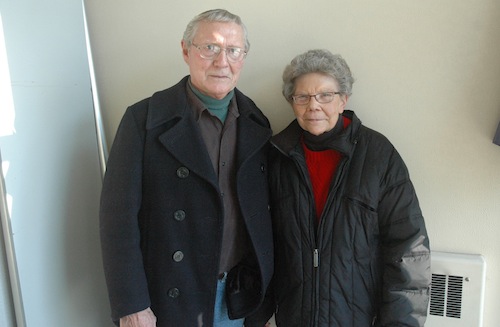 Bob and Pat Tammen rolled into the Twin Cities in their sturdy mobile home on January 5 to attend the Parents United for Public Schools legislative kickoff. They planned to stay in town over the weekend so that they could head to the capitol to make some noise about an issue that both of them care deeply about: making sure Minnesota doesn’t go ahead with a land swap deal that would open up national forest land to mining companies in exchange for funding for Minnesota public schools.

While Bob worked in the mines, Pat worked for the Ely school district, until she retired in the 1990s. Now the couple act as advocates against the mining industry in what they see as a foolhardy plan to destroy public lands for not enough return to education.

Though Bob spent most of his career working as an electrician in the taconite mines near Soudan, he opposes copper mining. He said that, according to most sources, the mining deal would generate about $26 per student, per year.  “It’s phony to sell school trust land for such a small amount,” he said. The couple both see the land swap as a bad deal, particularly since the bill allows for no environmental restrictions.

Bob and Pat are pretty much the sweetest couple you’ve ever seen. Bob does most of the talking, but they both deliver their message with a cheerful serenity. “You have to be diplomatic,” Bob said. And persistent. That’s not a problem for the couple, who can stay in their mobile home until they get their message across, before traveling back to Soudan.

1/11/2013 CORRECTION: It’s National Forest land, not park land, as the commenter points out.