The former prime minister of Kenya, Raila Odinga, will speak at the University of Minnesota’s Humphrey School of Public Affairs on Friday, October 18 at 2:00pm. It will be at the institute’s Cowles Auditorium. He will also do a book signing for his autobiography released this month “The Flame of Freedom”.

The event is hosted jointly by the Minnesota based International Leadership Institute headed by retired trial judge, LaJune Lange and the Roy Wilkins Center for Human Relations and Social Justice at the University of Minnesota.

The event is free and open to the public.

This is Mr. Odinga’s first visit to Minnesota since he lost the March 2013 presidential election to Uhuru Kenyatta. He challenged the election in Kenya’s Supreme Court but the court upheld Kenyatta’s victory.

Odinga enjoys wide support in the large Kenyan-American community in Minnesota and the visit could also serve as a thank you to them. His last visit to the state was in September 2011 while he was prime minister. 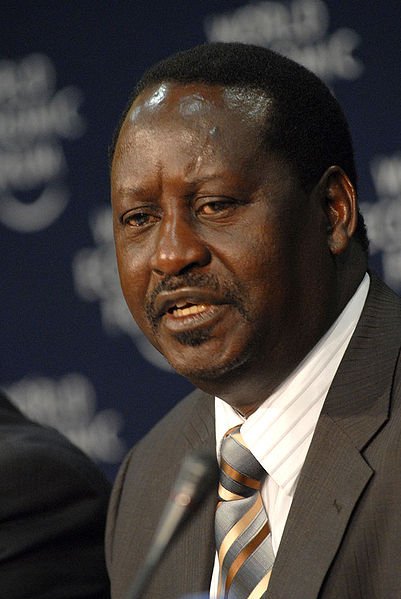 Robert Nyagudi, a Minnesota based key supporter of Mr. Odinga, said that the former prime minister will be accompanied by at least six County governors from Kenya including Governor Ali Hassan Joho of Mombasa County, the tourism capital of Kenya which has been in the news lately following the Westgate attacks in Nairobi as another potential target.

Nyagudi also told Mshale that “a few books, not too many” of Odinga’s autobiography will be available for sale and signing on the day of the event.

Sources in Kenya who have read the book, which is not yet widely released in the United States, say it covers Odinga’s childhood in Maseno, Kenya which is about an hour from where Barack Obama Senior was born and raised. The book covers the period through the last election in March 2013 but not after and is published by Mountain Top Publishers.

The foreword for the book is written by former Nigerian president Olusegun Obasanjo.