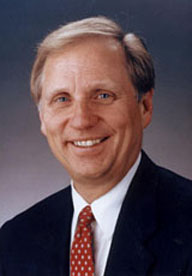 Former Gov. Arne Carlson emphasizes that solving today’s problems may not solve tomorrow’s, although he applauds Gov. Dayton and the legislature for “facing up to their responsibilities, and not kicking the can down the road for somebody else to deal with.” To think beyond today’s immediate concerns, Carlson proposes governmental reform to confront structural deficits. By looking to at least 2015, he says, this approach would bring long-term planning back into the equation, something that Tim Pawlenty dropped as governor. “From the position of a financial conservative,” Carlson says, “this is an appropriate time to take a very dire situation and turn it into a positive.” Reforms would emerge from assembling some of the most talented people from around the state.

“One thing Minnesota is loaded with, is visionary talent,” says Carlson. He proposes forming a commission that would bring that talent to the table to design a vision of Minnesota five, 10, 20 years from now. Inspired by John F. Kennedy’s dream of landing on the moon, the Peace Corps, and people like Hubert Humphrey and Walter Judd, Carlson sees this as a moment to re-envision leadership, redefine public service, and rethink how things are done. He points to various systems, designed decades ago—like public school districts, which, in his view, no longer serve their original purpose, or function efficiently—and to more recent innovations, such as distance learning, that have yet to be fully tapped.

“Minnesota may be a high tax state, but it’s a wonderful place, with a tremendous quality of life,” says Carlson, who adds that companies are more attracted to a state’s amenities, than they are to low taxes. Still, he worries because Minnesotans’ expectations for a certain quality of life are not currently being met in all areas. Carlson sees no gains in education, and in terms of a climate that grows jobs, he says the state has lagged.